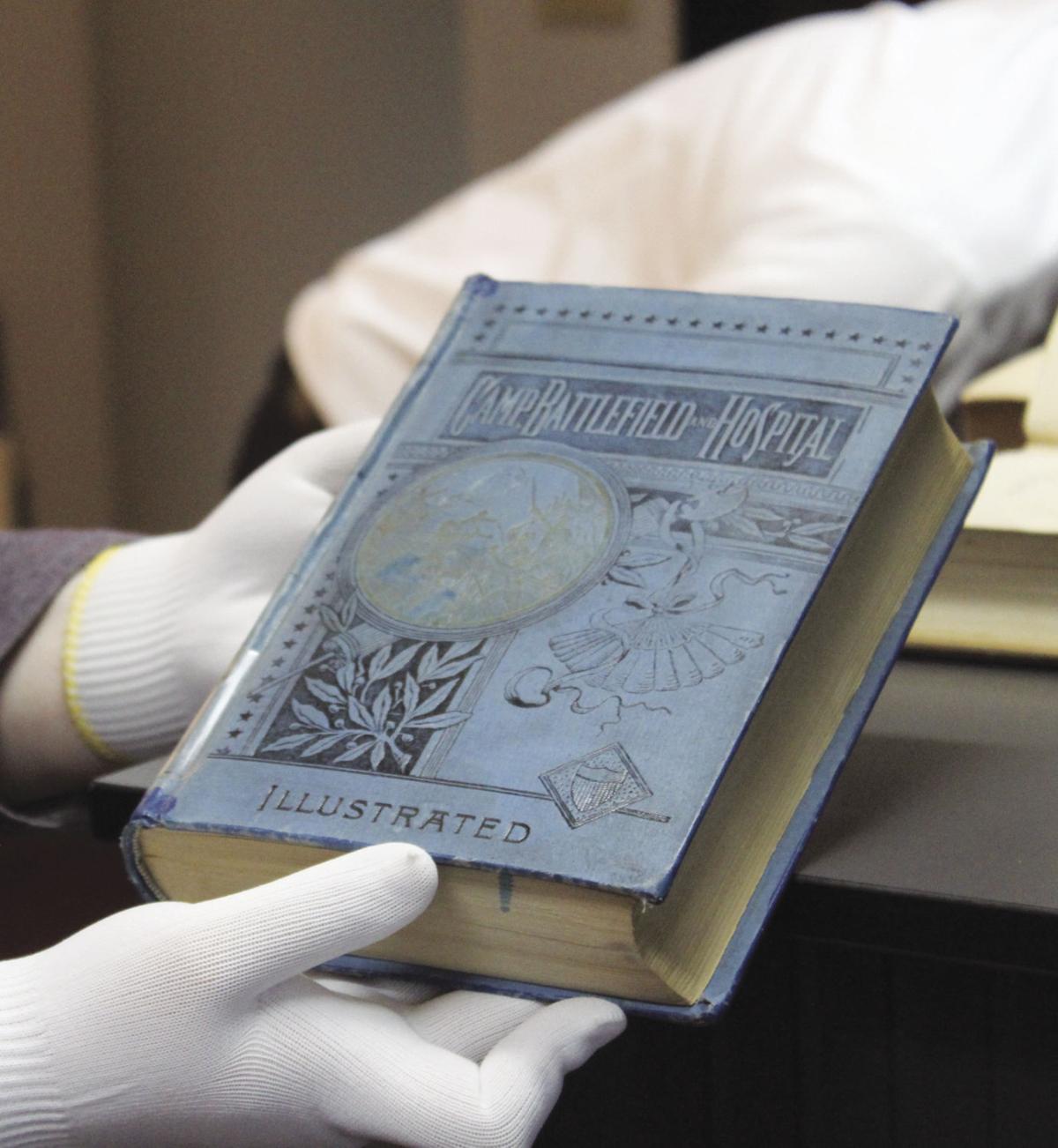 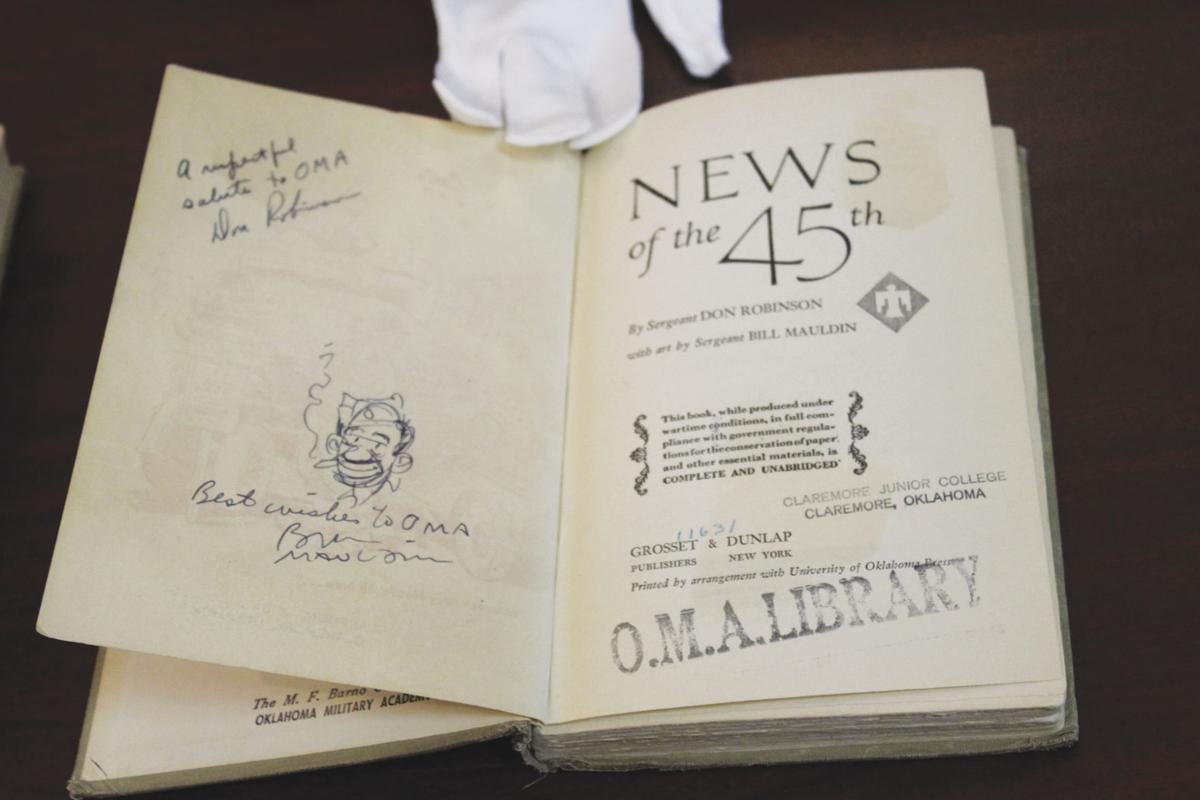 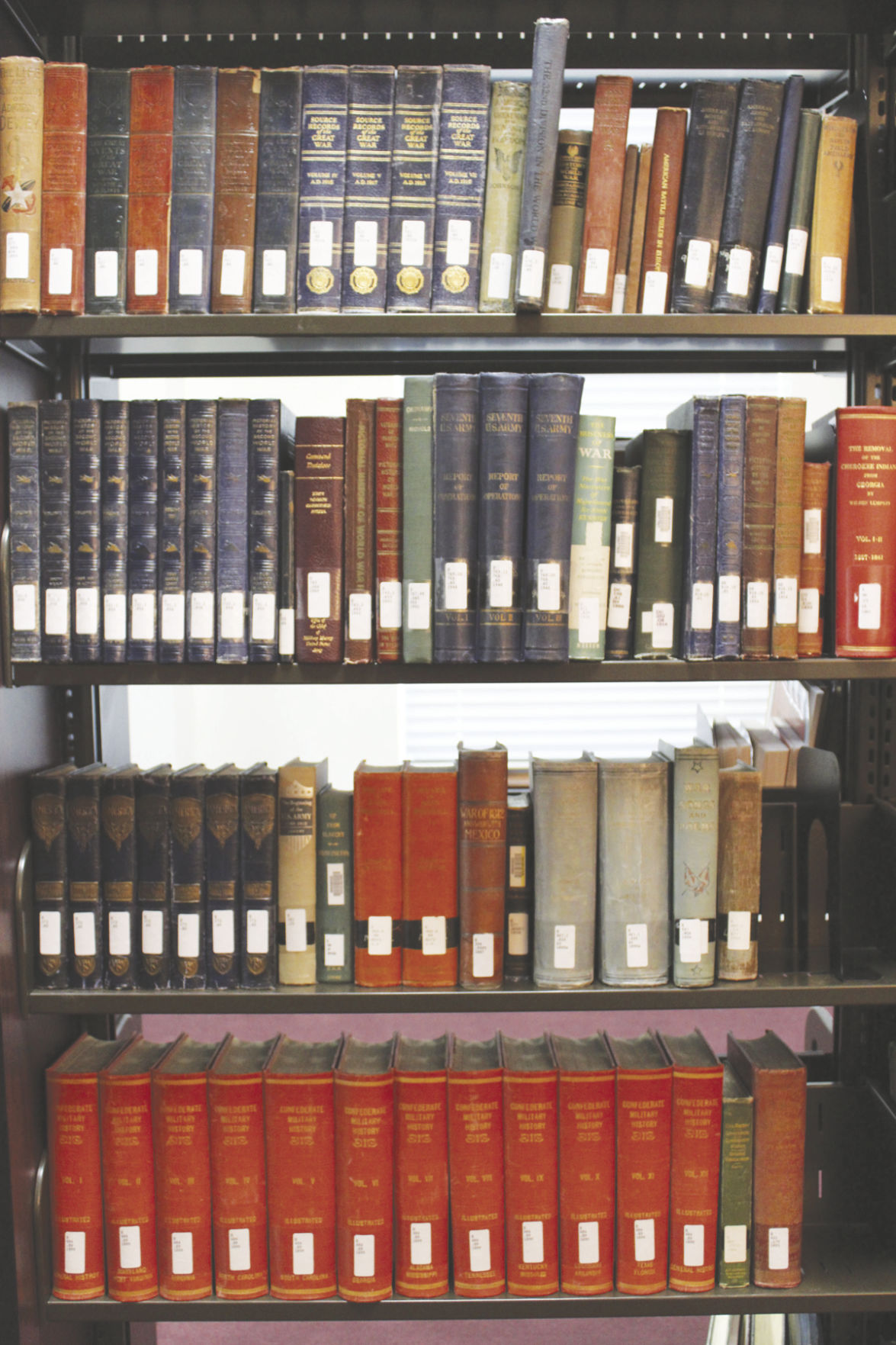 From The Civil War to Robert Kennedy, some of America’s greatest historical moments are kept behind lock and key at Rogers State University’s Stratton Taylor Library.

Treasures include sturdy hardback editions of books dating back to 1866 and signatures addressed to the Oklahoma Military Academy by U.S. Presidents Herbert Hoover, Harry Truman, Dwight Eisenhower and Lyndon Johnson.

For curious minds and avid researchers of American military history, the archive is a veritable cornucopia of knowledge and original source material.

And with gloved hands, it’s all accessible to students and the public upon request.

Walking among the nearly 300 time-worn tomes, Library Director Alan Lawless stopped to grab a copy of “News of the 45th.”

“It was found by a student in the library’s general collection while he was doing research,” Associate Library Director Kaitlin Crotty said.

Several volumes of southern history written by and for the South sit on the shelves, as well as volumes of “Confederate Military History,” “The War of Rebellion: Official Records of the Union and Confederate Armies,” “Source Records of the Great War,” and “Pictorial History of the Second World War.”

In addition to past Presidents and Robert Kennedy, other famous signatures within the archives include Lynn Riggs, Laurence Welk, Dale Evans and Roy Rogers.

Over 70 volumes within the archives were donated to the Oklahoma Military Academy in the 1950s by 1922 Alumnus M.F. Barno.

In 1960, Barno told the Tulsa Tribune that his purpose in building the collection was, “to perpetuate our military heritage – to tell the story of the American Armed Forces, the bulwark of democracy; to promote greater interest in and appreciation of the freedom of education, freedom of enterprise, as well as other freedoms which are strong links in the American way of life.”

His goal in sharing the collection was to “instill in each class of cadets which passes through OMA a higher conception of democracy and a greater appreciation of the role of our armed forces as guardian of our American way of life.”

The Barno collection and the hundreds of other books that belonged to the academy remained on the shelves as the school became Claremore Community College, and eventually Rogers State University.

“A lot of these I found through serendipity,” Lawless said. Old and fragile books hiding on the shelves were pulled over time and moved to the archive for better preservation.

All the books in the archive are listed on the library’s online catalogue.

Lawless said his favorite piece of the archives is the four presidential signatures, two Republicans and two Democrats.

Another favorite is the collection of Booth Tarkington novels from the early 1900s, all featuring a brightly colored and detailed drawing, printed on the cover.

“The take away for me is how much our living history, going from a military academy on to today, has carried over,” RSU Director of Public Relations David Hamby said.

At this time there are no plans to grow the collection.

“Our focus is going to be on preserving what we have,” Crotty said.

Students, faculty and community members interested in touring the archives or researching within them can reach Lawless by calling the library at 918-343-7716.