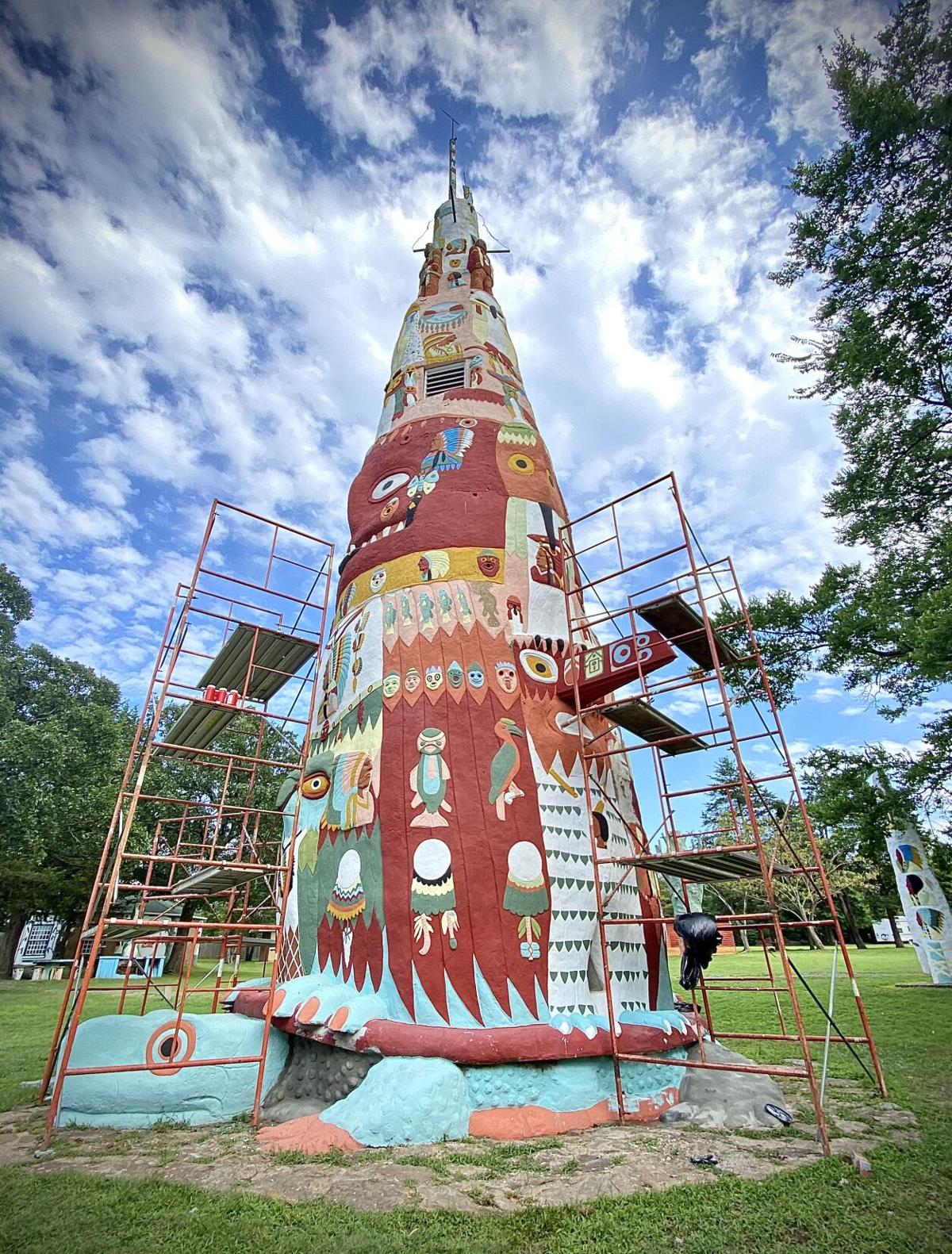 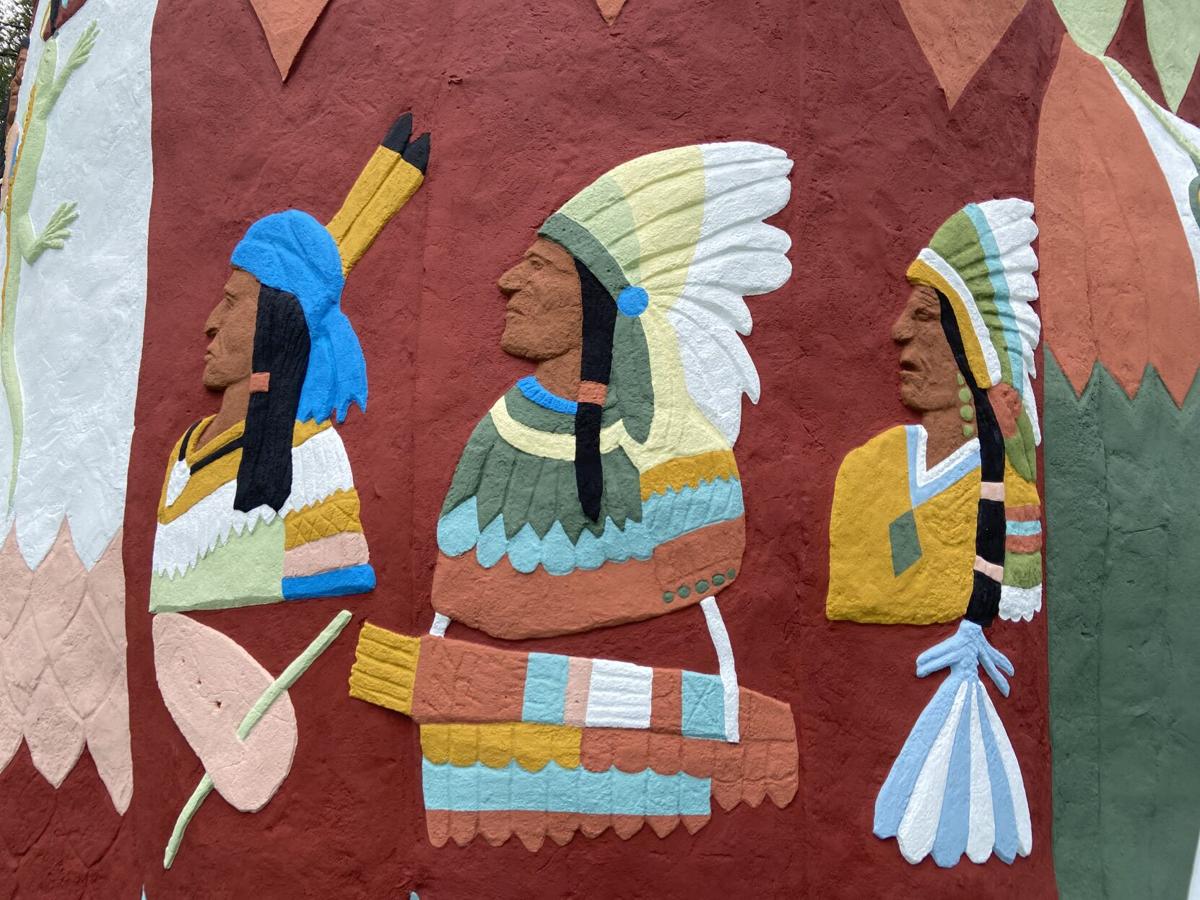 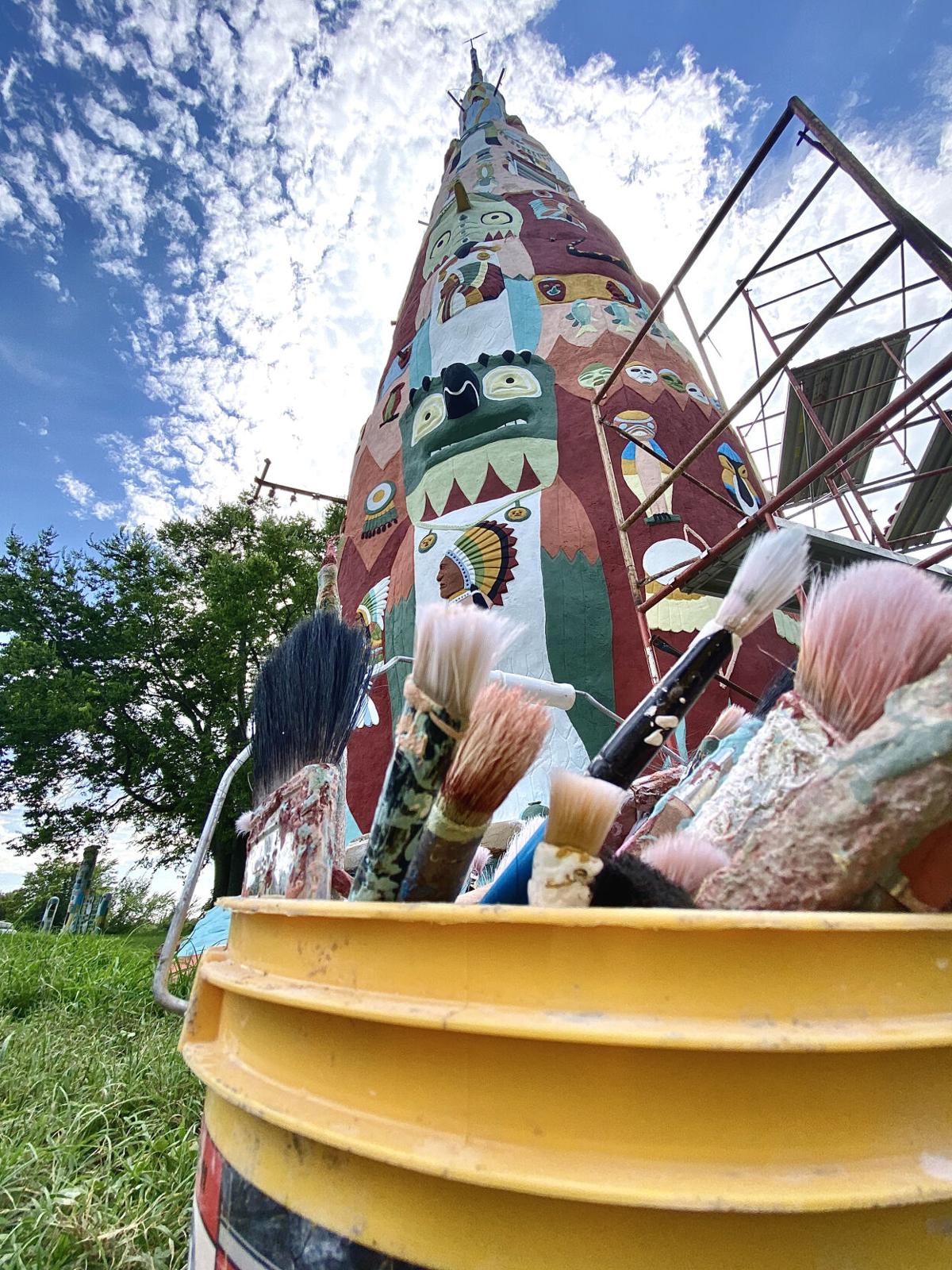 Restoration on the totem pole that has been standing proudly on Route 66 for generations is now complete.

The iconic totem pole at Totem Pole Park between Foyil and Chelsea is now as vibrant as the day Ed Galloway painted it, thanks largely to the restoration done by artist Erin Turner, under the direction of Park Director David Anderson.

Anderson said Turner began work on restoring the artwork in 2015.

Because of some COVID complications, Turner found herself in the area longer than planned, which afforded her more time to wrap up the project.

With the work done, they're all ready to celebrate.

"We're hosting a Bluegrass Jam at the Totem Pole Park to celebrate the completion of the restoration," Anderson said. There will be refreshments and food trucks on Saturday, Aug. 15 from 2 p.m. until dark. Because of COVID we had to downsize the event a little but it will be a good time."

He said face masks are suggested and that the event is outside, with plenty of space to social distance.

Anderson added that the event is free, but donations are appreciated.

Totem Pole Park, created in the 1930s and 40s by retired Foyil resident Ed Galloway, is now owned and managed by the Rogers County Historical Society.

Upkeep of the park is funded through a gift shop on site, grants, donations and a rental property on site.

The totem poles in the park were repainted in the late 1980s and early 90s by the Kansas Grassroots Art Association, but had since faded.

Artist Erin Turner grew up in Tulsa where she took and interest in sculpture and painting, and eventually developed a career in art that took her to New York. On a visit back to Tulsa in 2014, she visited the park for the first time.

Through a chance conversation, Turner found they were looking for someone to restore the place, so she offered her services, and got to work researching the park and Ed Galloway.

“It was a year-long research project just understanding the history of it, what exactly the structure was,” Turner said.

Turner got in touch with Kansas Grassroots Art Association about their work as well as locating archival photographs to get a sense of the original piece.

Then she set to work restoring the project, with one key change.

Unlike the original and the first restoration, which were done with a latex paint that has a 10-year life span, Turner used a mineral-based paint that causes the pigment of crushed rocks to adhere directly to the concrete like a layer of stone.

The new paint should easily last 25 years, and will only need a clear protective coat laid over the top every 25 years thereafter to preserve the striking colors.

Turner said one of her main goals in restoring the project is similar to Galloway’s main goal in creating the totem poles to begin with – to honor the lives and memories of the American Indian.

"It has been a long process and I am amazed at how beautiful the totem pole looks. The colors are vibrant and stunning," Anderson said. "Something to be proud of for the next generation. This should last 40-50 years. It's been a long and expensive process but worth it."