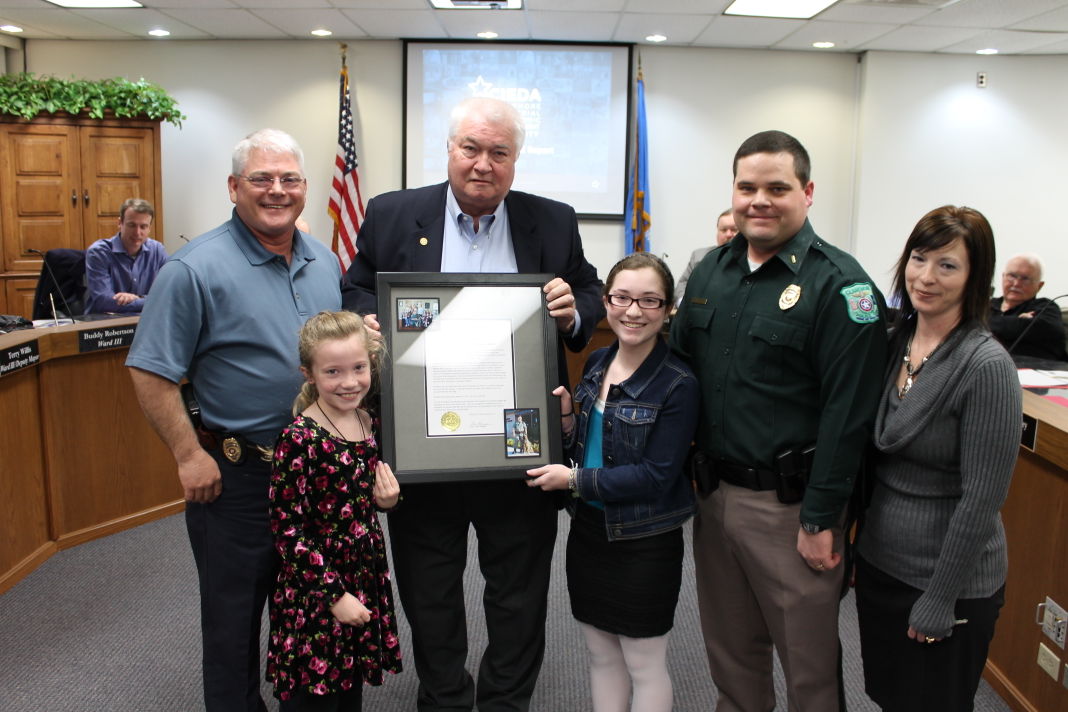 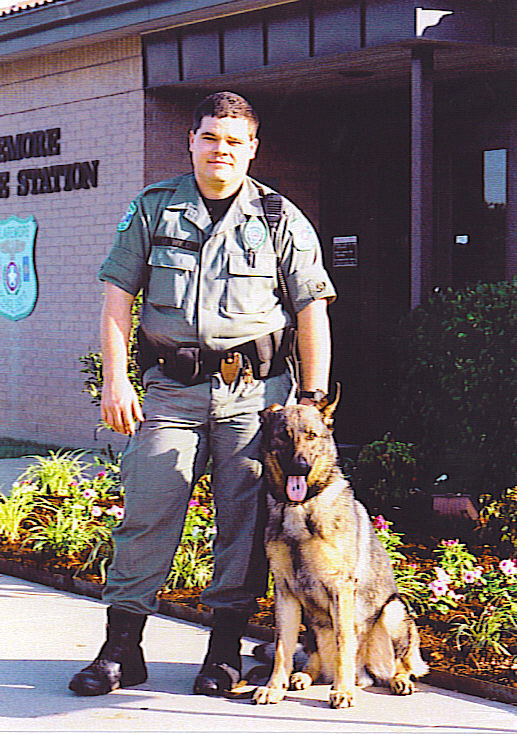 Lt. Matt Wild and K9 Officer Moe worked as a team for the Claremore Police Department for almost six years.

Lt. Matt Wild and K9 Officer Moe worked as a team for the Claremore Police Department for almost six years.

The Claremore Police Department honored one of its own Monday night with a mayoral proclamation presented in front of the city council.

K9 Officer Moe, who died Jan. 5, was recognized for his six years of service to the department.

Mayor Bill Flanagan and Police Chief Stan Brown made the presentation to Moe’s handler, Lt. Matt Wild and his family, who continued to house and care for Moe after his retirement from active service.

Moe was born in February 2002 in Czechoslovakia. He was imported to the United States by Canine Unlimited and trained as a police service dog.

“Moe was teamed up with Lt. Wild and came to work for the Claremore Police Department in March 2004 after the sudden and unexpected death of previous K9 Officer Leny,” Brown said.

As a full service police dog, Moe was trained to locate four different types of narcotics, track and apprehend suspects, and trained in handler protection.

During his time with the CPD, Moe assisted in numerous drug searches resulting in arrests and several tracks resulting in the arrest of fleeing suspects, according to Brown.

“Every year, Lt. Wild and K9 Officer Moe participated in Red Ribbon Week activities at local schools where they had the opportunity to meet, speak to and show off for thousands of elementary children,” Brown said.

Moe was retired from active duty in December 2009 due to a medical condition that prevented him from running. Moe continued to live with Lt. Wild and his family until his death. He was 13 years old.