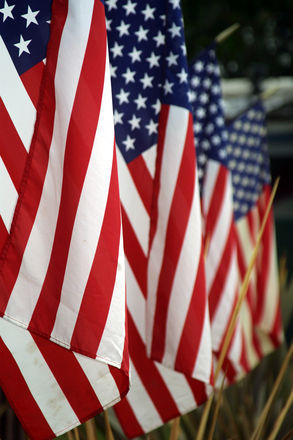 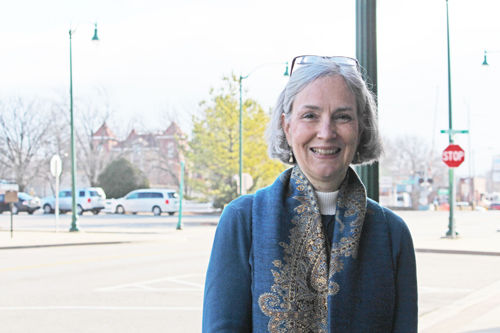 U.S. flags waving, brass bands blaring, parade crowds cheering - these are the sights and sounds of Memorial Day, the day patriotism abounds as we honor brave heroes who sacrificed their all to preserve our great country’s freedoms.

The Claremore Courier (May-26-1899) explained Memorial Day’s origin. “In the early years following the close of the civil war, it became customary for the returned soldiers to gather in the cemeteries and place flags upon the graves of their fallen comrades.”

After 1900, Claremore’s Ladies’ Cemetery Association made “arrangements to properly celebrate Decoration Day (Memorial Day).” All who had loved ones buried at Woodlawn Cemetery were “invited to bring flowers and decorate their graves.” A program of singing and speaking followed. Judge Jennings and church minister spoke. Town merchants closed their stores giving all citizens opportunity to attend festivities(CP,5-29-1901).

Memorial Day 1922, paper poppies were sold by the American Legion to aid “adjustment of claims of disabled men.” Poppies were “sold for a very small sum, in most places for only ten cents.” Claremore’s population gave generously(CP,5-25-1922).

Memorial Day, May 30, 1922, Claremore “paused and did honor to the memory of the dead... The McKinney-Montgomery post of the American Legion had full charge of the ceremonies and the post received hearty co-operation from the citizenship of Claremore.” A parade “headed by the colors and band, marched to the cemetery.” After “decoration of all graves, both civil and military, [an] assembly was had at the grave of Penn Rollen who fell in the world conflict... H. Tom Kight made the principal address… a convincing argument and hope that future world troubles might be settled by arbitration instead of by war so that American mothers might not have to give up their sons in another conflict... Edgar Anderson, a veteran of the Spanish-American War, introduced all of the old veterans… there were quite a few of them, some of the veterans of the civil war being very feeble but with bared heads, they too, did honor to the soldiers of another day who died that the liberty and the flag for which they fought might still be the choicest possession of the great people of a great nation.

“W.R. Holland opened with prayer, the assemblage sang ‘America,’ and Wilford Boren rendered, ‘There’s a Long, Long Trail,’ accompanied by audience on the chorus. The band played several numbers. The firing squad fired a salute across Rollen’s grave and the bugler blew taps.

This Memorial Day may we honor and remember those who serve and those who have served, that liberty may abound in our “land of the free and the home of the brave.”