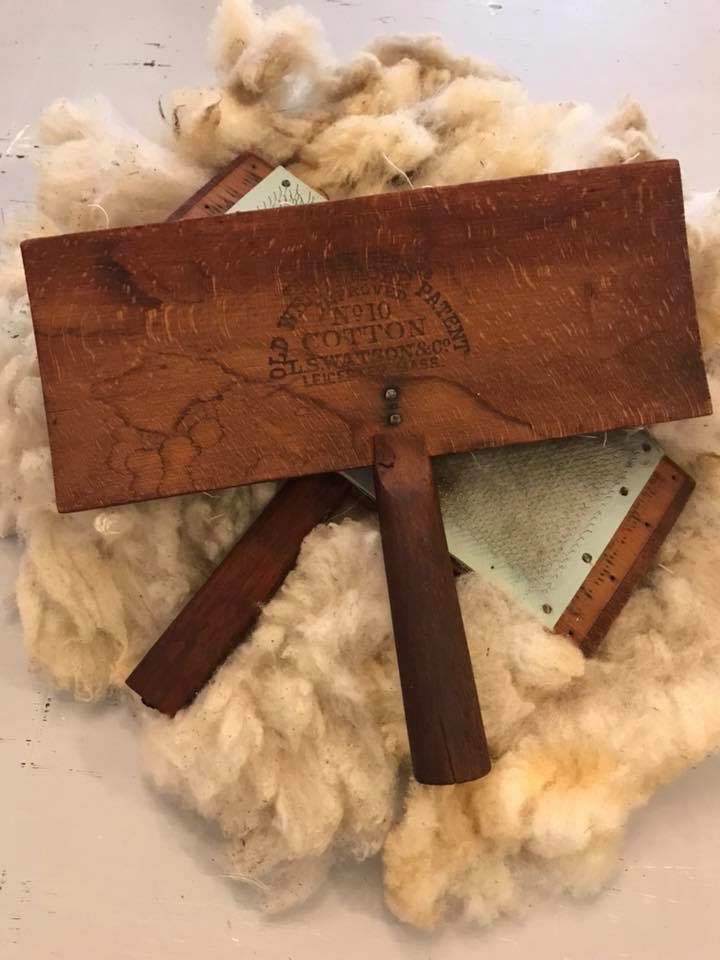 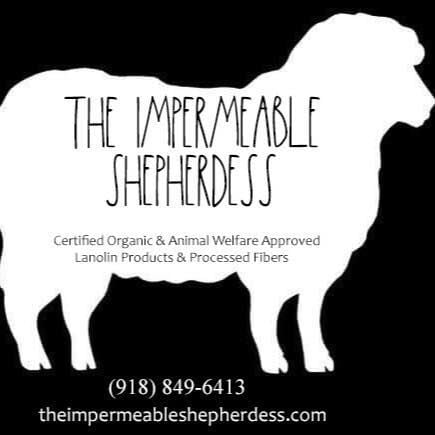 There's no other way to describe the series of events that led Theresa Goughenour to discover her calling.

She found herself in the right small town, on the right farm, then in the right antique store before setting on the adventure that became her business, The Impermeable Shepherdess.

She said she's only been in Oklahoma a few years, having made the move from Maryland.

"I was very big in the baby-wearing community. I was into baby wearing before it was cool. When I had my two youngest children I saw that baby wearing was huge. The really sought after baby wear wraps are the hand woven ones," she said. "I asked a woman, believe it or not, if she could make one with my beloved dog, he's a Great Pyranese, with his fur. I was saying it kind of in jest, but she said there are people who spin with that."

Even now, Goughenour says she can't recall how exactly it was that she found herself at Claremore's Shepherd's Cross.

"I drove up pretty yuppied out, not knowing anything about anything, and walked out with a bag of fleece," she recalled.

Goughenour added, "I started to Google how you take fleece from that to preparing it for spinning. I googled hand carders which is what you use to prepare the wool after washing. I was shocked it was $150 for hand carders for a hobby? Forget it."

Then she found herself, one afternoon, in an antique store in Collinsville.

"And there sat a pair of hand carders that retail for about $250 for $17.50. Crazy. So, I made my first roll out, which is before you spin it. And I brought it to Dr. Dickinson thinking she's going to tell me it's horrible and she said 'that's wonderful, it's great.' So, I kept going," she said. It's very soothing. I started to sell them in her shop with the proceeds going back to the farm."

From there, things started to spin pretty fast.

Goughenour said, "Fast forward a while, I learned how to skirt the wool properly and found that only half that wool is usable. It goes into compost because a lot of people don't' use it. Being very eco-friendly I thought that was insane. That hard work—the USDA certified, certified organic, animal welfare approved—farm is producing this and it's going to waste. So, I started to Google how to extract lanolin."

The first thing she found in her research, she said, is that most of the online directions are wrong. But, after a lot of trial and error, she learned the process.

"I make the lanolin into skincare products. I extract it, bring it to a pharmaceutical grade, then I translate that into skincare products for humans and animals using lanolin and tallow and organic oils. I just kept going with it. I started to create tallow using mutton bones to eliminate more waste from the sheep—to make dryer balls and things like that."

The Impermeable Shepherdess, she said, is "completely based on a deep love for the Shepherdess and wanting to honor her farm, oklahoma and this amazing source that is so hard to have in Oklahoma. It's hard in Oklahoma, with our weather being what it is, to be completely reliant on the land."

She said folks are excited about her products and her process—especially in the farming community, fiber world and baby wearing world where she says lanolin has gotten something of a bad wrap before.

"For people who know what lanolin is, it's extremely exciting to them because for a long time lanolin had a pretty bad wrap because when they would test it they found the pesticides and chemicals the sheep was exposed to. So, people are excited about my mission to honor Dr. Dickinson, Shepherd's Cross, and providing something they need—a water resistant, moisturizing skincare product. A lot of people love lanolin but they also love the idea of it being animal welfare approved."

Goughenour says she's just getting started but is happy to teach people all she's learned—"People are inquisitive. A lot of people have no idea where lanolin comes from.

I'm open to teaching people how to do it. It's not a secret, it's not a family recipe. I'm happy to teach people who want to learn."

She said she's happy to give back in her own way. She knows everything she has starts at Shepherd's Cross—and she wouldn't do it for just anyone.

"Its always nice to bring people back to the source. I always tell people, this isn't my work. I'm not the one raising the sheep or sheering during lambing season. I want to give credit to the people who work day and night to provide this. It's a great way to honor Oklahoma. To put a very positive, younger spin on what farming is. Oklahoma isn't perhaps what the stereotype is. Farmers are very in-the-know on what people want—and they've been doing it since before it was cool," she said. "If they do go back to the source— farmers in this area are honored and their work is recognized, which is important because they are slowly becoming a novelty. They're slowly being eliminated. We all want to go to Whole Foods and Trader Joes but how do you think those stores are supplied? If you really want local, it's important that you facilitate in that if you can."

For that reason, Goughenour said 100 percent of her proceeds on any of her products purchased at Shepherd's Cross, are donated back to the farm.

Her products will be sold at the Claremore Farmer's Market when it opens next month. Information and products are available on her The Impermeable Shepherdess Facebook page but Goughenour says they're even better straight from the farm.

"There you can see the animals grazing and meet all the hard workers doing what they do," she said.

"I never thought I'd be using my brand new house, that I copied off of Joanna Gaines—using my farm sink and marble counters for fleece cleaning. But here I am," she said. " It's been the best experience of my life. And it's pretty magical to go from seeing the sheep, getting the dirty gross wool, and being able to put magic on my children's skin. It's great for them as well. It shows them what hard work can do."