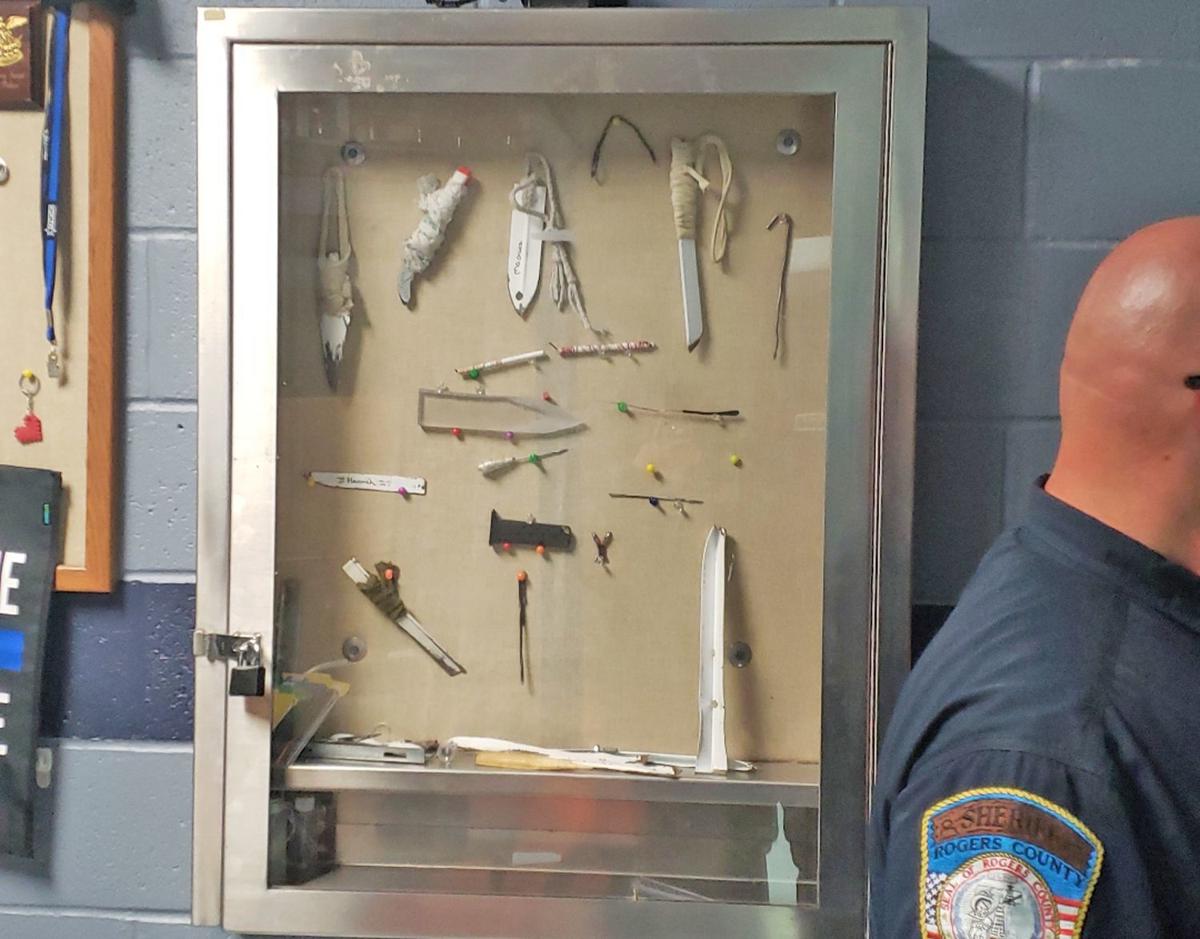 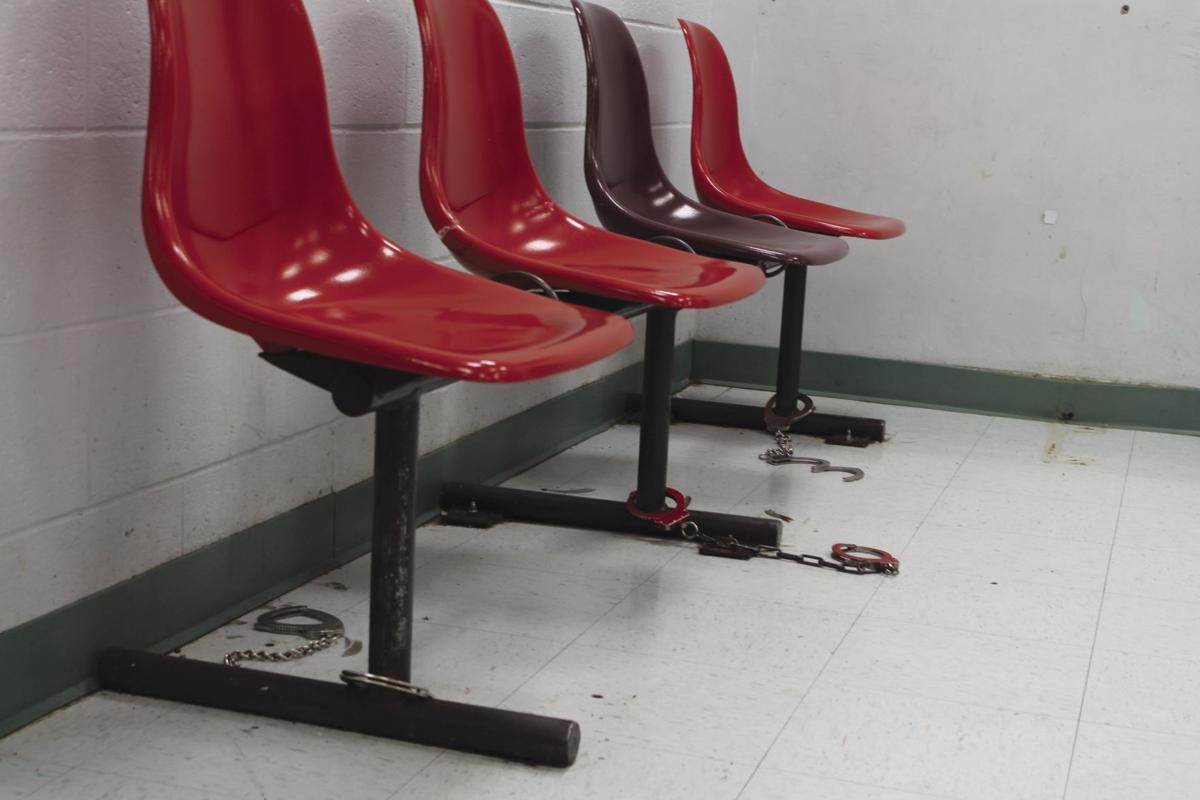 Editor’s Note:  This story is the third installment in a three-part series exploring inmate experience and jail standards as explained both former-inmates and jail staff. This story focuses on issues of safety, security, and operations.

Four jailers are working the floor, tasked with their safety, security, and well being.

Rogers County Sheriff Scott Walton says it's a rough job, but he's grateful there are men and women willing to do it.

"Their job is in constant contact with inmates. Police officers have breaks, but jailers are submerged in an environment they have to continually, never come close to letting their guard down. It's a stressful job and it's certainly not a high paying job," Walton said, adding that Rogers County has a turnover rate far below the industry standards.

"I have a lot of respect for the guys and gals that work in that jail day in and day out. What they see, what they put up with most people will never experience in their life time and they do it almost on a daily basis," he said. "They absolutely see the worst side of the criminal justice system."

He said the job requires constant vigilance for things like handmade weapons and inmate-on-inmate violence.

Standards set forth by the Oklahoma State Department of Health set a requirement of a minimum of two jailers in facilities that house more than 20 prisoners.

These standards also: require at least one visual sight check every hour and stipulate that searches of facilities and prisoners to control contraband shall be unannounced and at irregular intervals.

Further, the state says "The use of physical force by stall shall be restricted to instances of justifiable self-protection, protection of others, protection of property and prevention of an escape, and shall be only to the degree necessary."

Instruments of restraint, like handcuffs, leg irons, restraint chairs and restraint beds, "shall not be applied longer than authorized by policy and procedure," according to the state, which adds that inmates placed in restraints shall not be left without required supervision.

Jail staff says all of the state mandated requirements are aimed at keeping the jail population safe, while also protecting jailers.

“In the jail a large portion are everyday people who made a mistake or a poor decision,” said Undersheriff Jon Sappington. “But there is also a percentage of career criminals. They create shanks, jailhouse alcohol or ‘hooch,’ tattoo guns and gang affiliations. They are the ones who make this job stressful.”

A complaint inspection, and the serious injury of an inmate brought OSDH inspectors into Rogers County Jail.

The OSDH issued a report on Aug. 15 following their Aug. 8 inspection.

While the report outlines several complaints the result was the same in each: The Rogers County Jail is deemed to be "in substantial compliance."

Allegation 1- "Sewage is running on the floor and inmates are lying in boats on the floor."

OSDH reports that this complaint was filed on April 3 and, during their inspection, they found it to be unsubstantiated.

OSDH reports that during this investigation the jail administrator stated that "the facility population has been under capacity for several months. Documentation provided showed that at the time of this complaint the detention facility had an average count of 209."

Therefore, they reported, this allegation was unsubstantiated.

Allegation 3- "Female clothes are not being washed so they can have a change of clothing."

OSDH said this complaint came in on July 17.

They were told the jail has a laundry schedule and that there has not been any mechanical issues that would hinder laundry services, according to OSDH.

OSDH inspectors were shown logs that showed laundry service had been provided.

Allegation 4- "Females are not being given cleaning supplies."

This complaint was also filed with OSDH on July 17 and found unsubstantiated, according to OSDH's report.

The reported incident was said to have occurred on July 19 and been reported on July 21.

The Rogers County Jail incident report describes the incident saying: "Inmate put in a sick call complaining of hip pain. When taken to medical he said he had fallen a week ago approximately and his hip had been hurting. Nurse called for an x-ray. Upon x-ray it showed inmates hip to be broken. Inmate was then taken to Hillcrest Hospital."

OSDH inspectors report that as the inmate reported his injure, medical services were provided, no violation of jail standards was found.