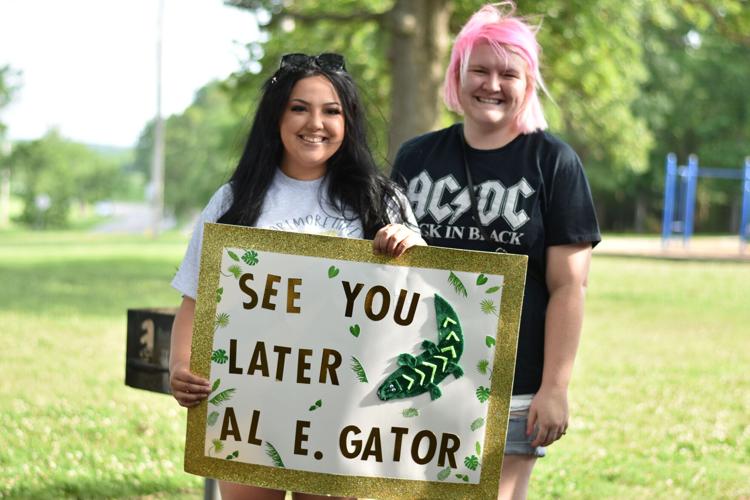 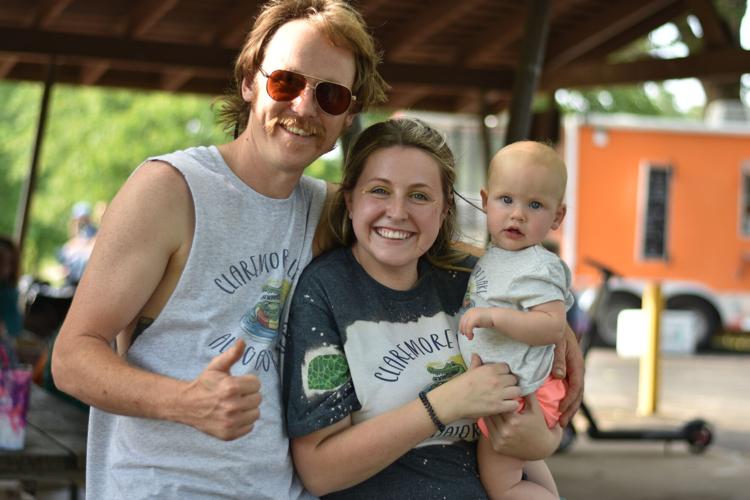 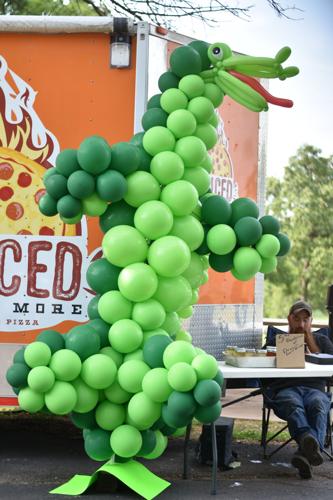 A large alligator made out balloons stood for photos.

A large alligator made out balloons stood for photos.

Community members gathered at Claremore Lake to honor the 9-foot, 6-inch male alligator the was pulled out of Claremore Lake and euthanized last week.

Although there were no candles at the candlelight vigil due to a candle shortage, many attendees used lighters and phone flashlights to pay their respects during the moment of silence.

Event organizer Jackson Savage said he believes the alligator should have been relocated instead of euthanized.

Savage said the goal of the event was to raise awareness of the alligator that was “unfortunately euthanized.”

Oklahoma Department of Wildlife Conservation spokesperson Micah Holmes said in a previous Progress article that euthanizing an animal is not the first thing they want to do, but due to the fact that the reptile was way outside its normal range and near a highly-populated area with lots of activity and people, it became a matter of public safety.

Claremore City Manager John Feary said the city was not involved with the tracking, removal or euthanization of the alligator.

“We had nothing to do with it,” he said.

Savage said they pulled the candlelight vigil together in one week and said it was a fun and exciting process.

“We scrambled together and did everything quickly,” he said.

Although there was some negative feedback to the event, Savage said it has mainly been “overwhelmingly positive.”

“People have said it’s stupid and that we need to shut up and stop talking about it, but we wont. We never will,” he said.

“I think a lot of people agree with me,” he said.

T-shirts were made and alligator pizza was sold to commemorate the event and the death of the alligator.

Savage gave a speech and said the alligator never harmed anyone and was killed for no reason.