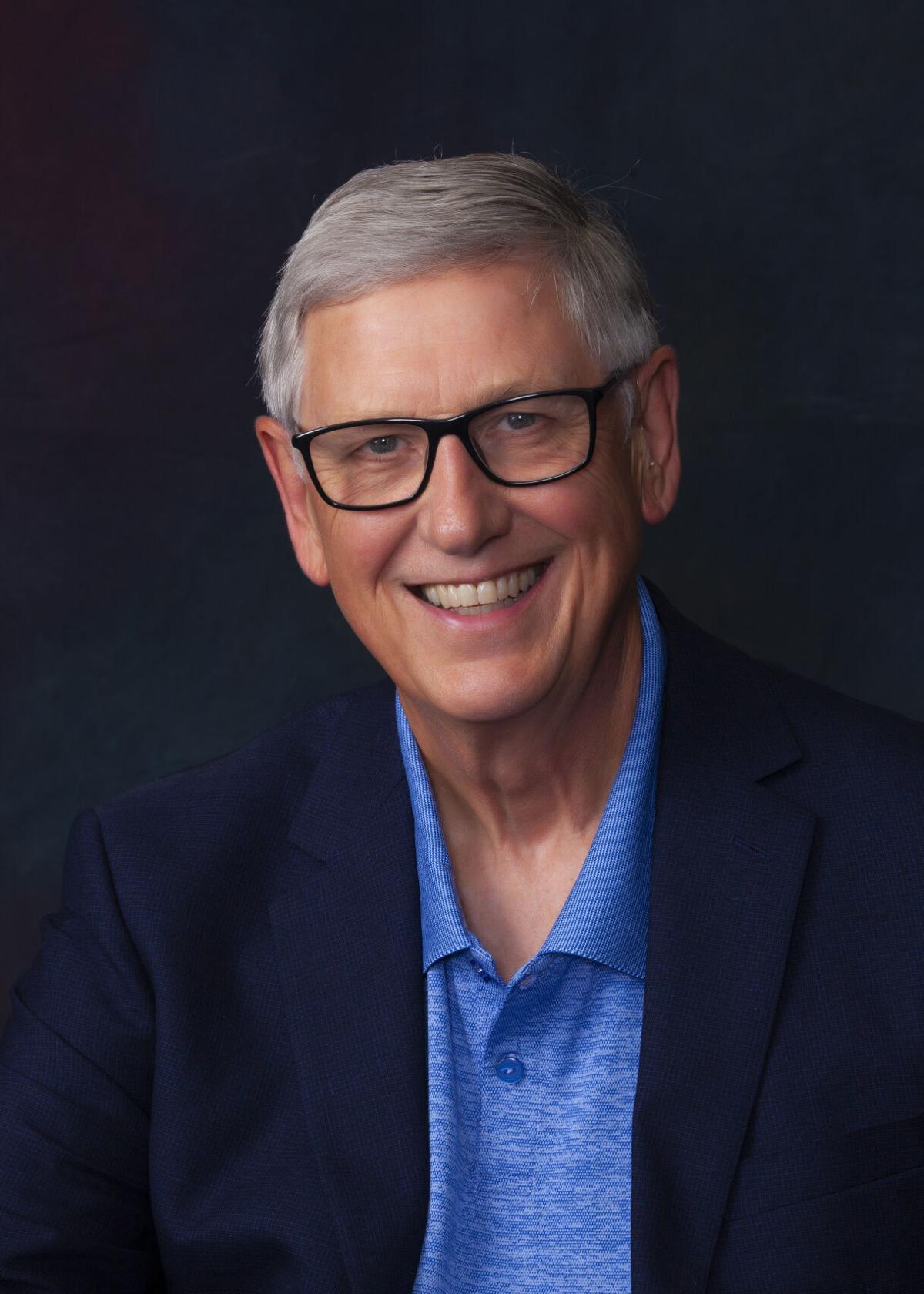 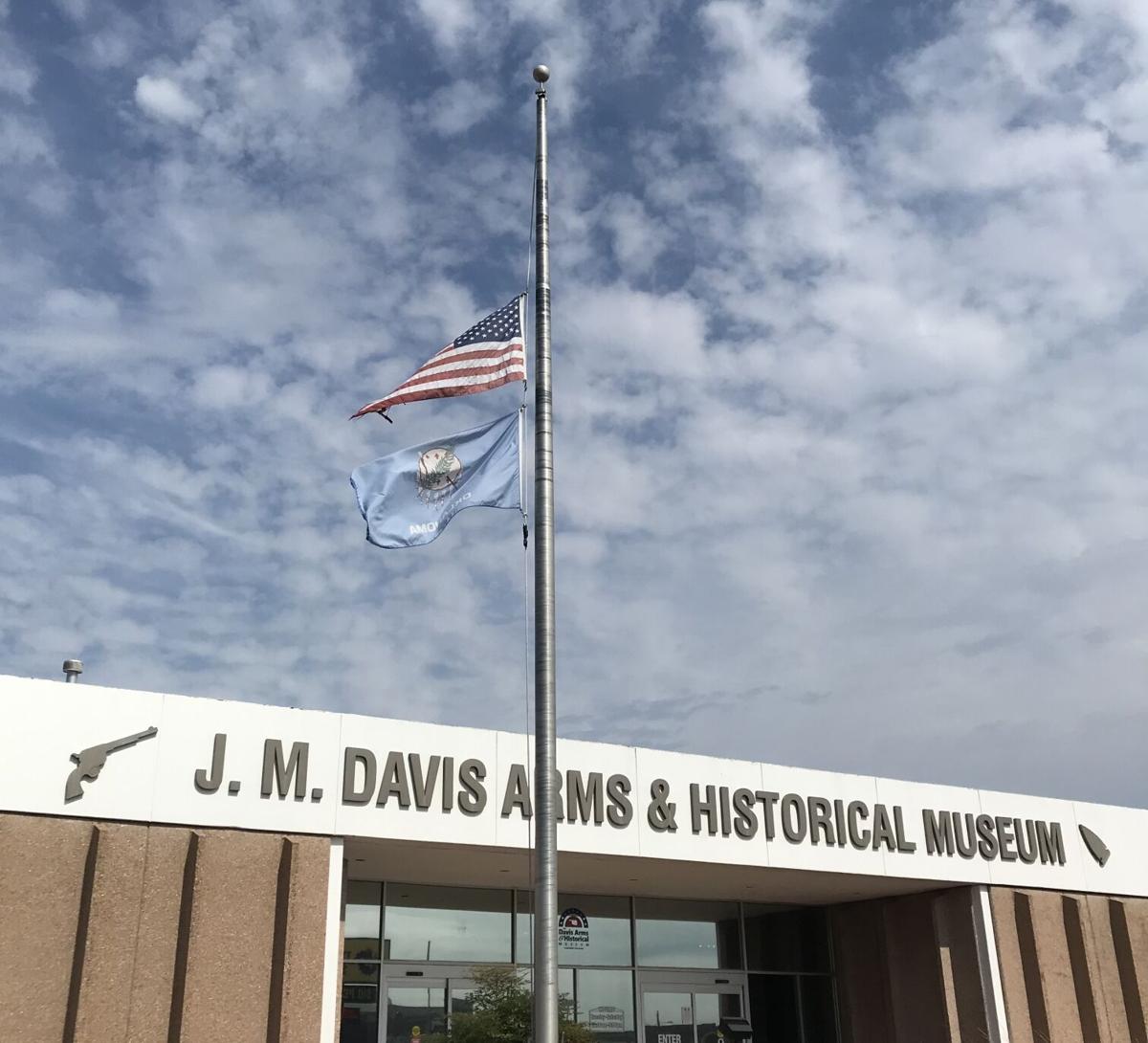 Flags flew at half-mast at the J.M. David Arms and Historical Museum in honor of the late Dr. Keith Ballard.

Flags flew at half-mast at the J.M. David Arms and Historical Museum in honor of the late Dr. Keith Ballard.

These were a few of the words that came to Claremore Public School Superintendent Bryan Frazier's mind as he tried to describe the late Dr. Keith Ballard.

Frazier said if he had to pick one word to describe Ballard it would be passionate.

“He was very passionate about what he did,” Frazier said.

Dr. Keith Ballard passed away Tuesday. His funeral is at 10 a.m. Saturday at First Baptist Church, 107 E. Will Rogers Blvd.

Frazier said Ballard had a heart with a passion to make things better and improved.

“He believed in the power of public education,” Frazier said. “He didn’t just talk about it. He believed it. It was to his core. He believed that education – and public ed specifically – was really powerful and could change our area and our state.”

Frazier said you can’t put into words the impact that Ballard had on public education.

“His impact was vey far reaching outside the state borders,” Frazier said. “He literally mentored so many people – either directly or indirectly.”

“There are certain people, professionally, that when they say ‘hey, you’re doing a good job’ or ‘I’m really proud of you,’ it has that impact,” Frazier said. “And Dr. Ballard was one of those people. I wanted him to be proud of what we were doing here in Claremore.”

An impact Frazier said could never be overstated.

“I considered him a champion,” Frazier said. “He was a warrior. He went to battle. He entered the arena of a battle no one wanted to fight.”

“He fought in the trenches at a time when nobody was doing it,” he said. “It was a battle that looked like it couldn’t be won.”

Throughout his career, Ballard would serve in positions that would impact generations to come.

He then worked in the district he called home: Claremore Public Schools. He left to work as the Executive Director of the Oklahoma State School Boards Association before becoming the superintendent of Tulsa Public Schools.

“His impact, honestly, I don’t think most people realize the impact that he had,” Frazier said. “Just the broad sweeping impact that he has on teachers, family, administrators. It’s almost insurmountable. I don’t know of anybody who had a bigger impact on public education than Dr. Ballard for the state.”

In recognition of his lifetime commitment to public education and Claremore Public Schools, Claremore School Board voted to name the West Side Elementary Innovation Lab in honor of him.

His impact also reached outside the realm of education and into the community.

Claremore City Council declared May as Dr. Keith Ballard month in recognition of his service to both public education and the community.

Ballard was also inducted into the Claremore Hall of Fame and was appointed by Gov. Stitt to serve on the J.M. Davis Memorial Commission that oversees the J.M. Davis Arms and Historical Museum in Claremore.

The House and Senate both passed resolutions in March recognizing Ballard's career as a teacher, superintendent and head of the Oklahoma State School Boards Association. State Sen. Marty Quinn of Claremore carried the resolution in the Senate.

“Dr. Ballard was dedicated and committed to everything education,” Quinn said. “His communication and people skills were some of his best attributes. These characteristics separated him into an elite class, not just as an educator but someone who loved his community, friends and family. Our family, like many across this state mourn the loss of Dr. Ballard. We pray for each family member and the strength to endure this difficult loss. May God comfort and bless each of you in the days ahead.”

“Keith was the best superintendent of all,” Lepak said. “My favorite memory of him is that he tried to establish a personal relationship with his students by doing things like visiting every classroom to welcome them the first day of school. And he kept those relationships after graduation. When our son started in his first OU football game, Dr. Ballard showed up wearing a Brian Lepak fan club T-shirt.”

“I'm not normally that guy, but a few months back when he checked in on me, I found myself telling him I loved him,” he said.

“It’s a loss. It’s a huge loss for everyone,” Frazier said. “There will never be another one like Keith Ballard.”