Members of the Claremore Fire Department thread a rope needed to raise the United States flag on a flagpole outside the Claremore Daily Progress' office. Captain Casey Morrison said the fire department wanted to make sure the flag was flying by Veterans Day in honor of those who served. Morrison, Lieutenants Jordon Madole and Stephen Campbell, and Firefighter Rick Bitting used a tower truck to raise the flag on the three-story flagpole. 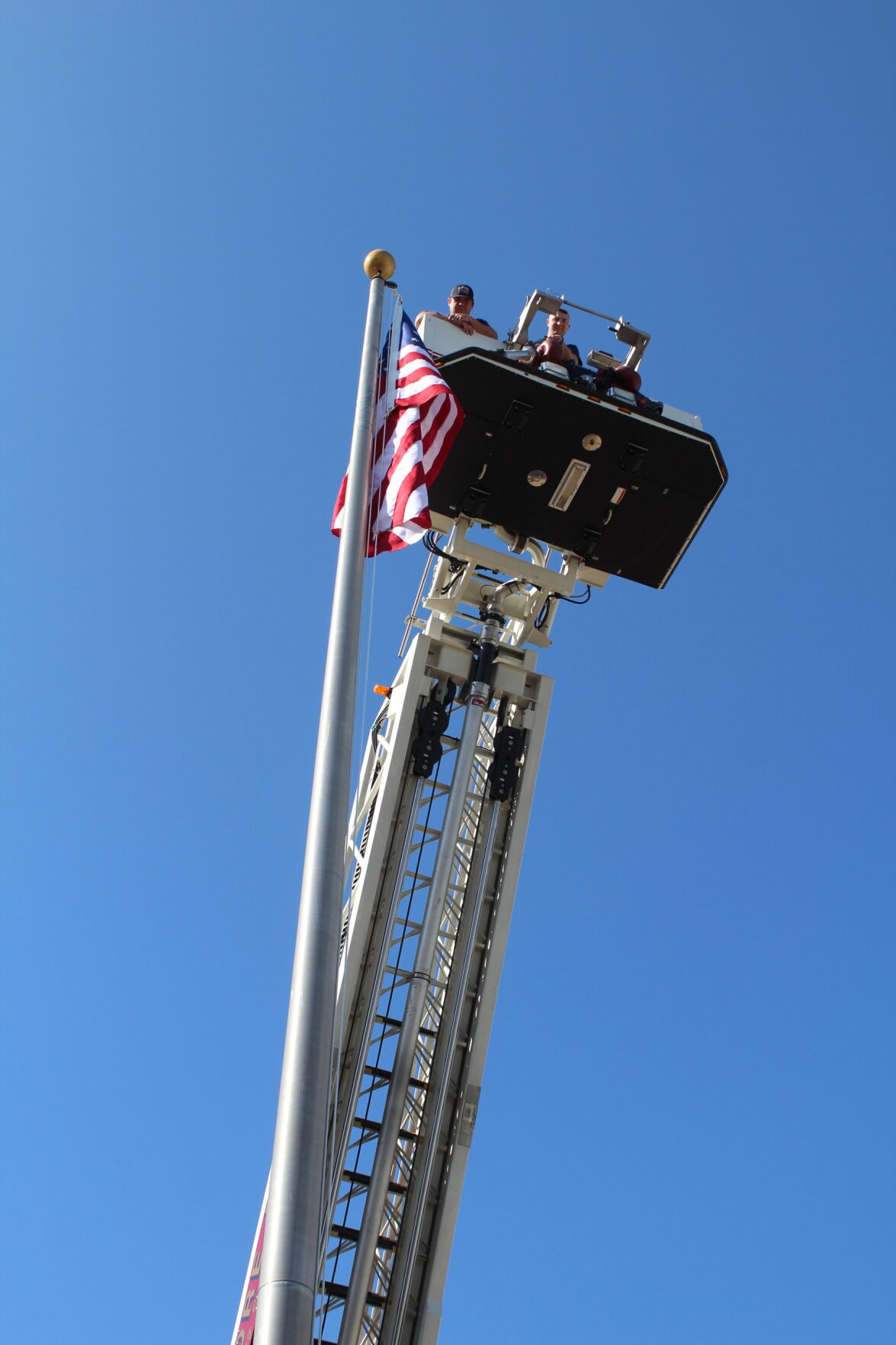 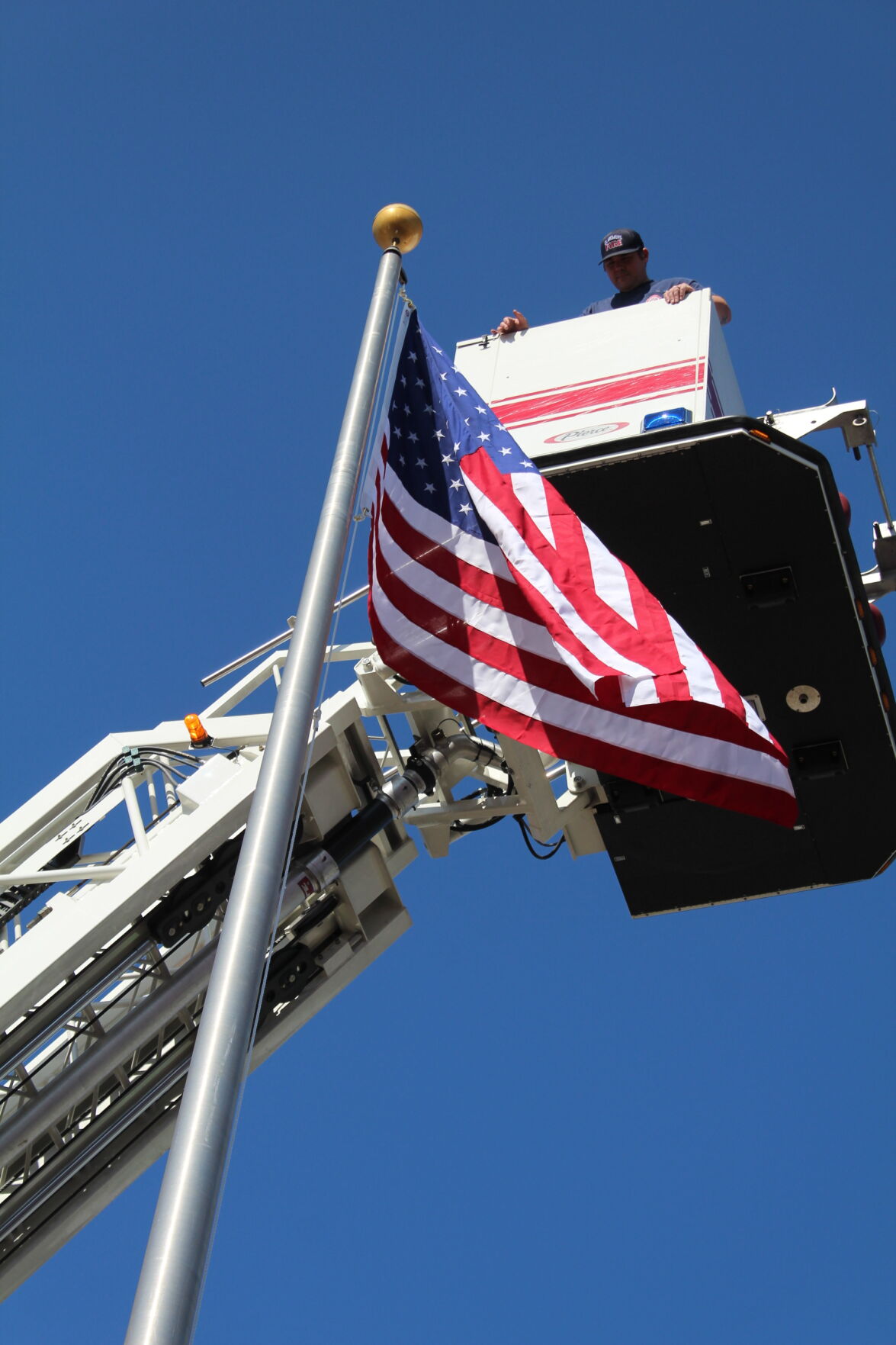 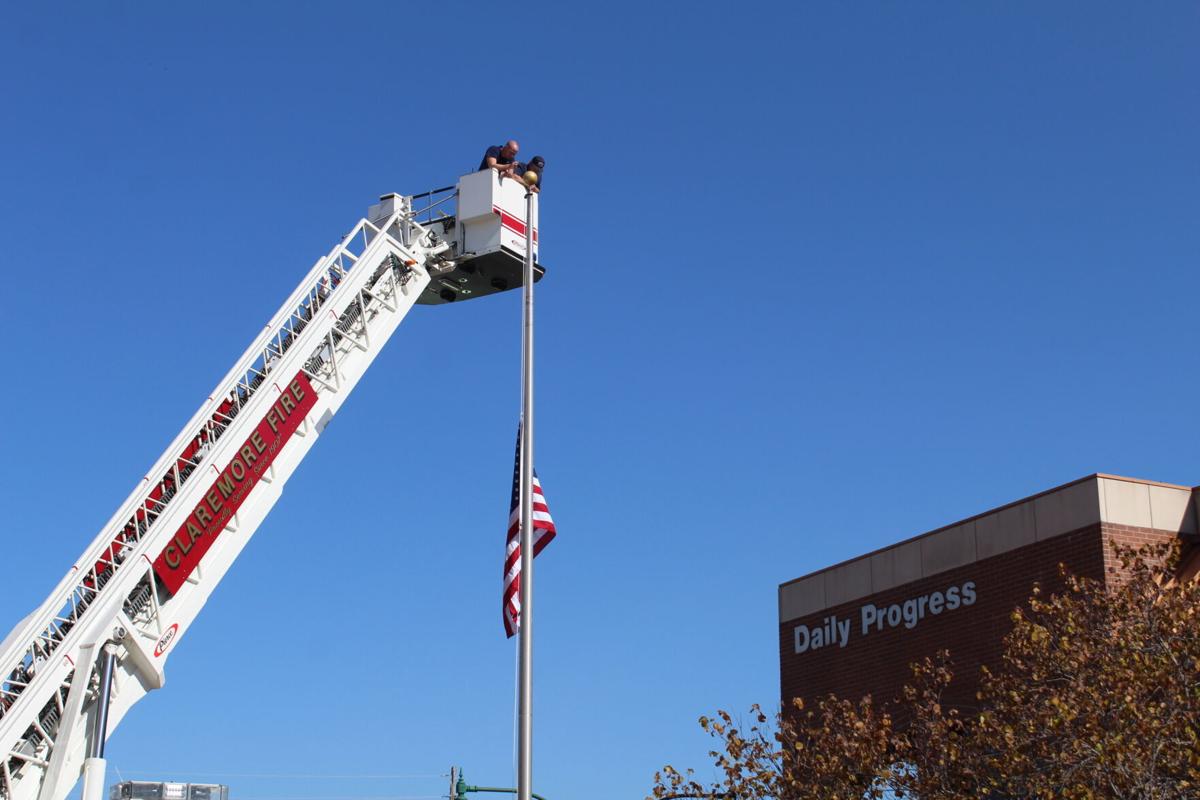 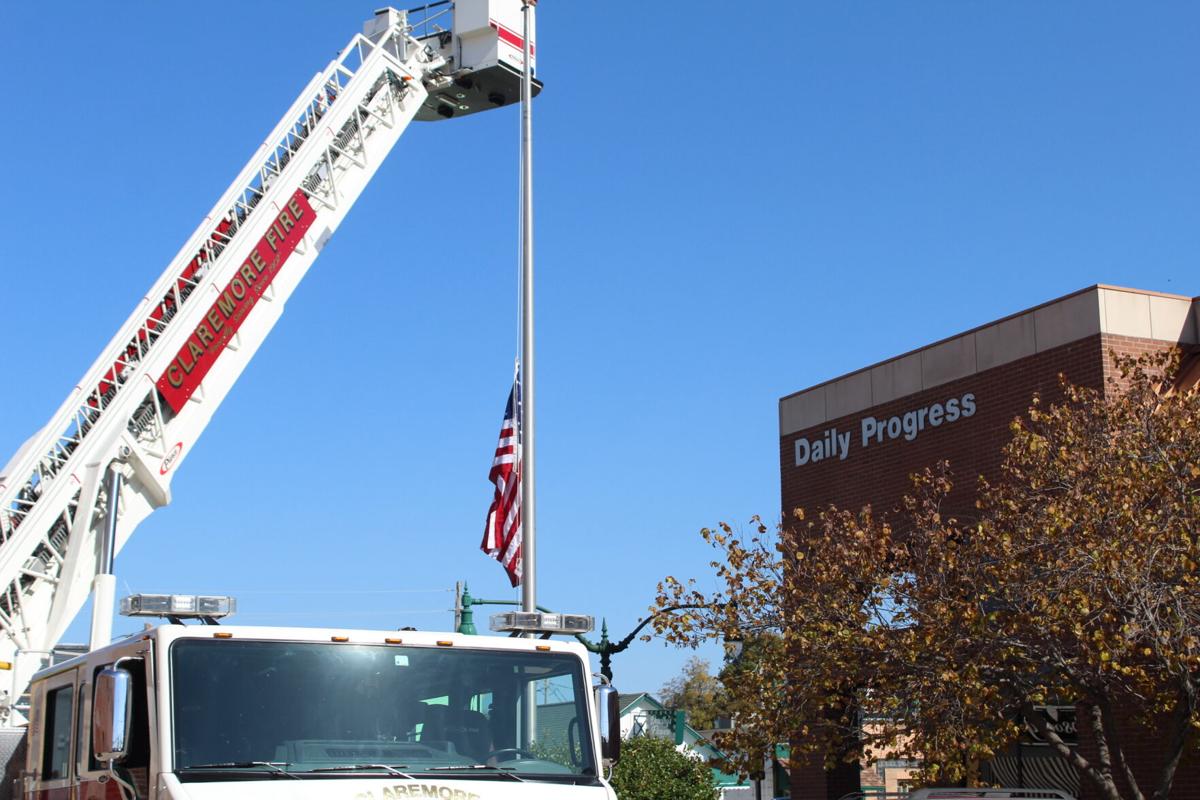 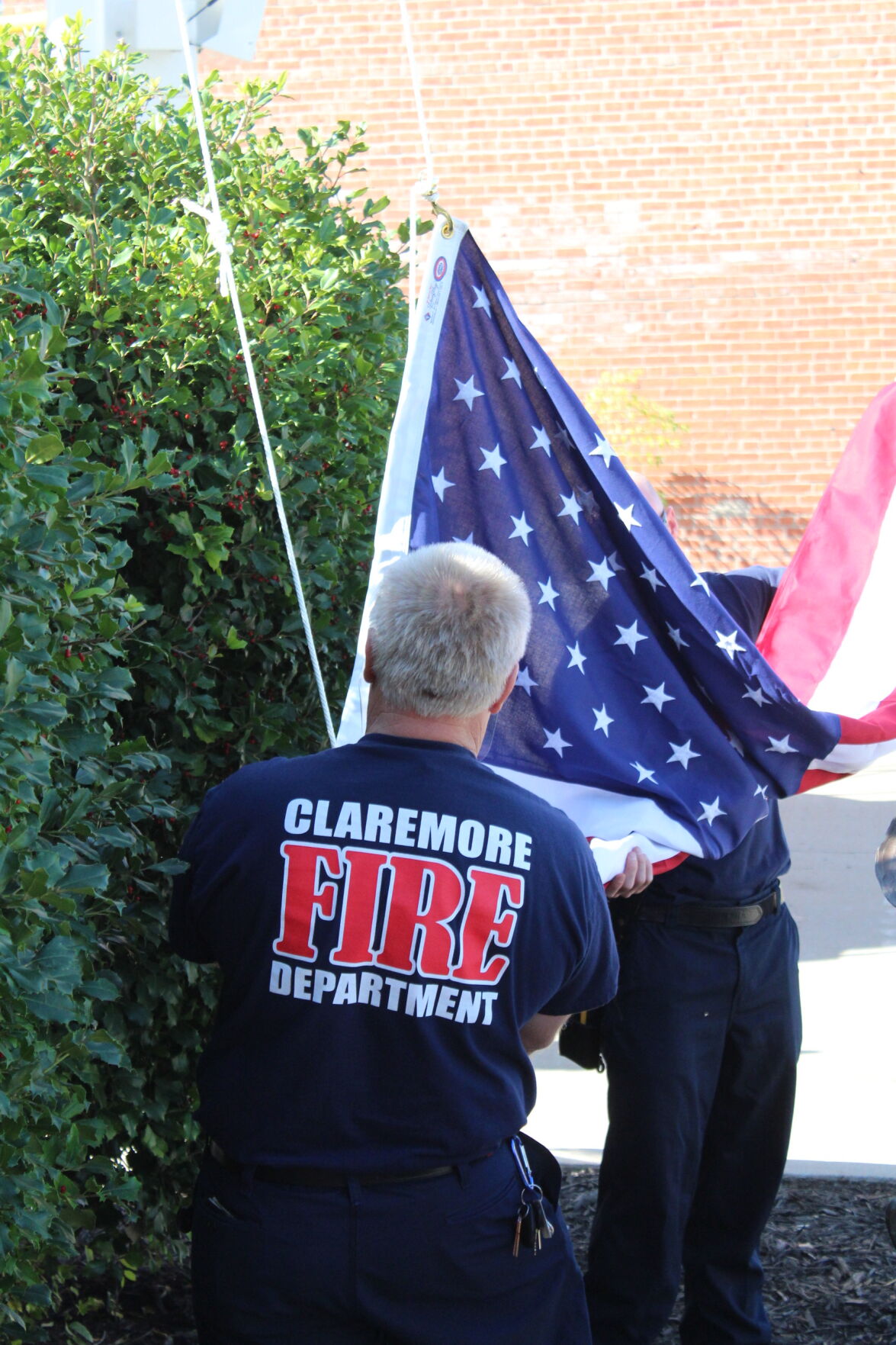 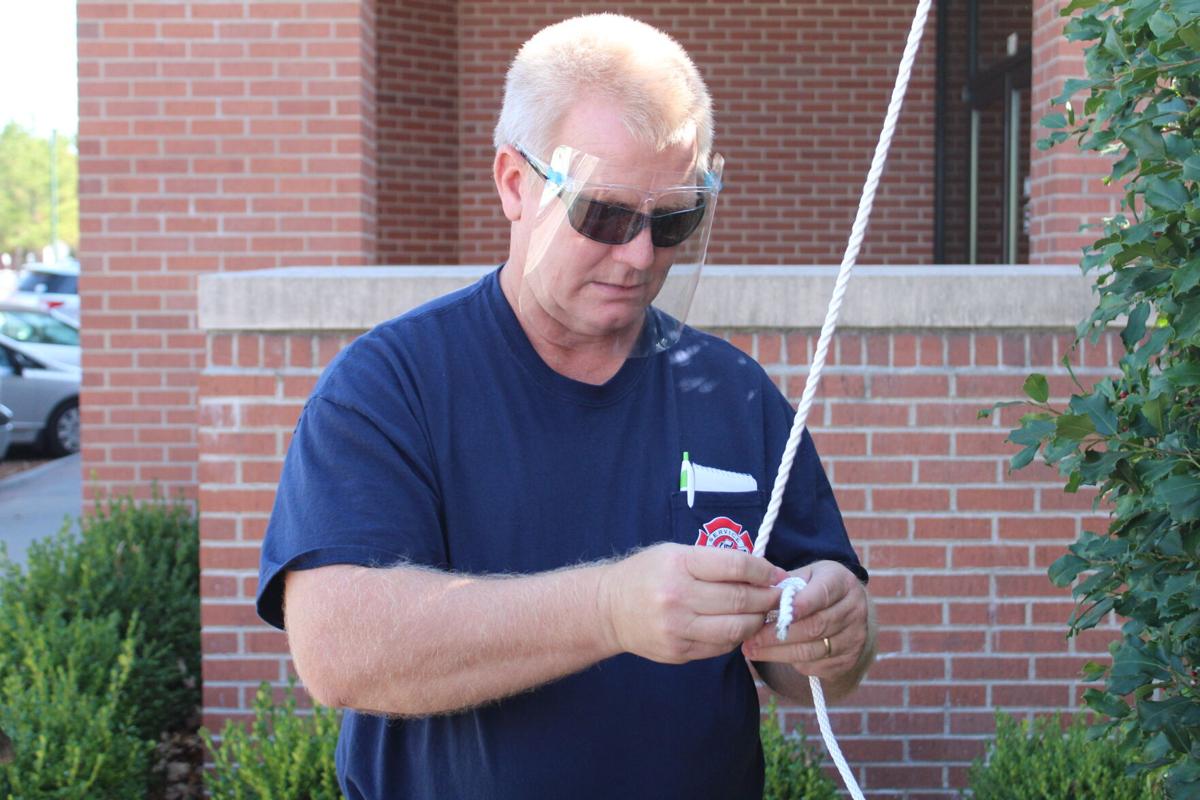 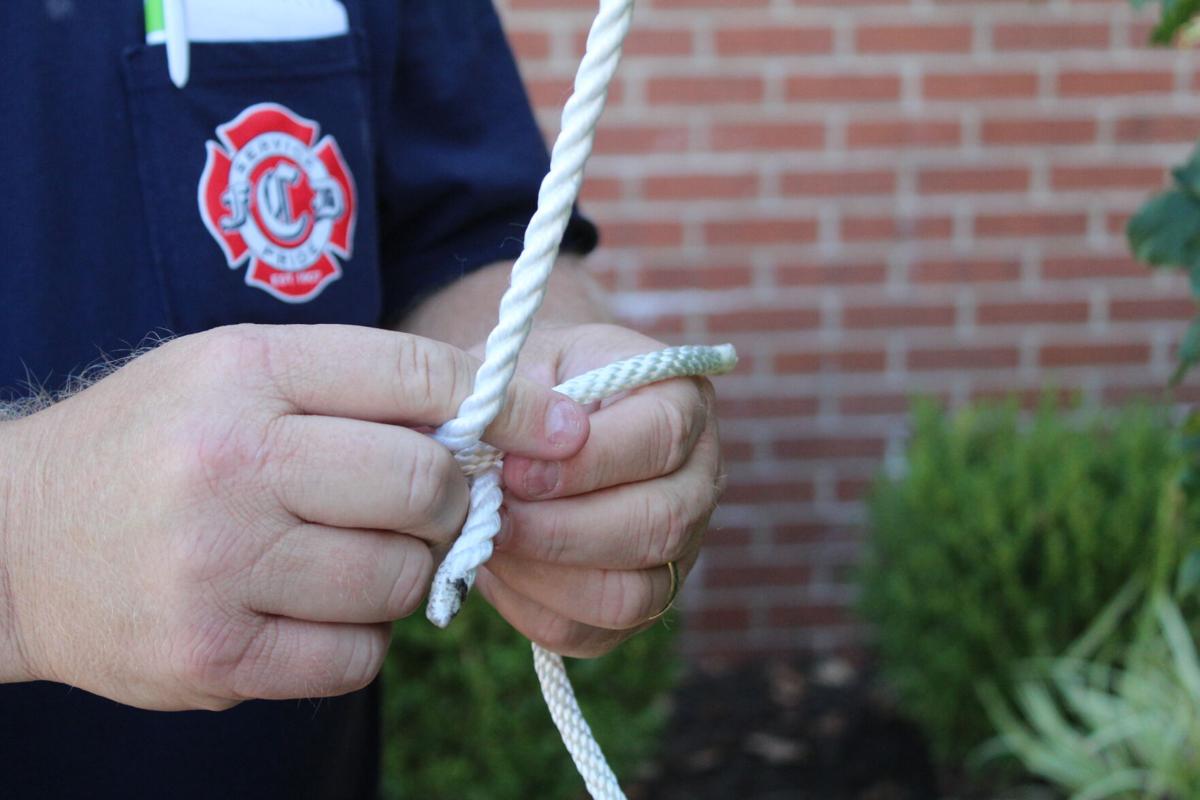 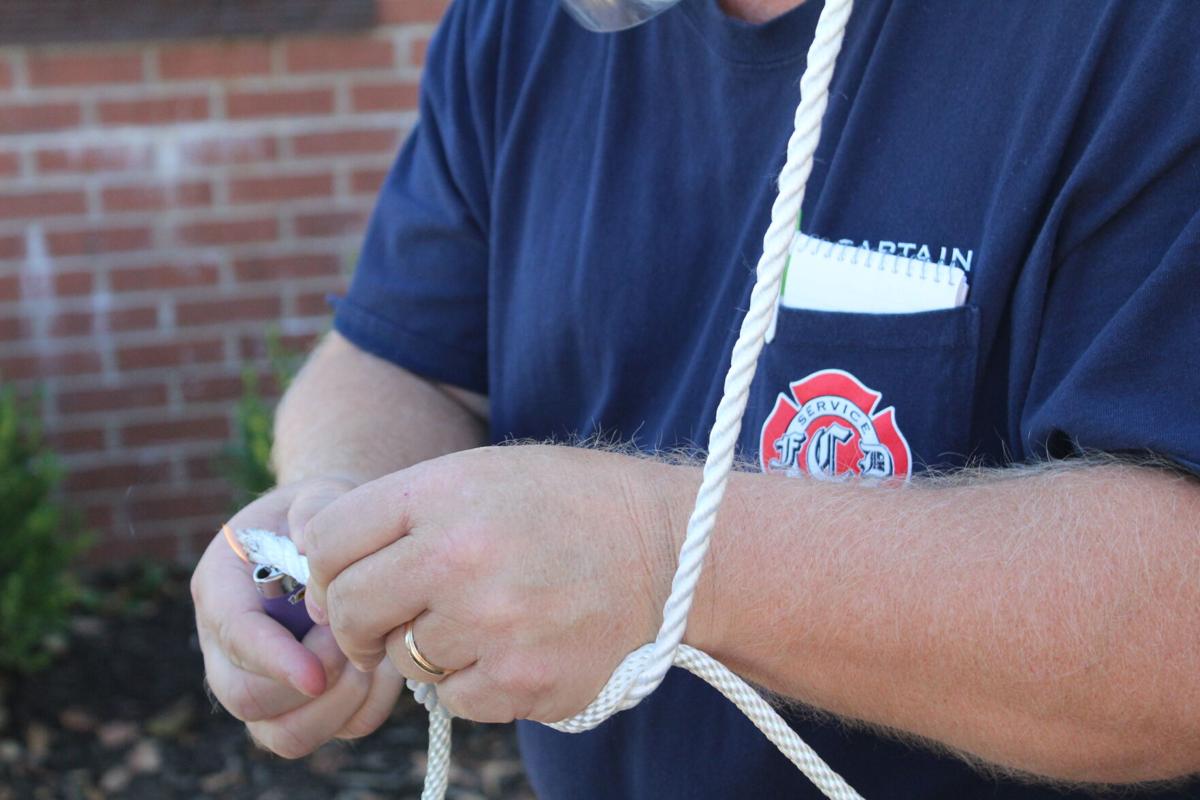 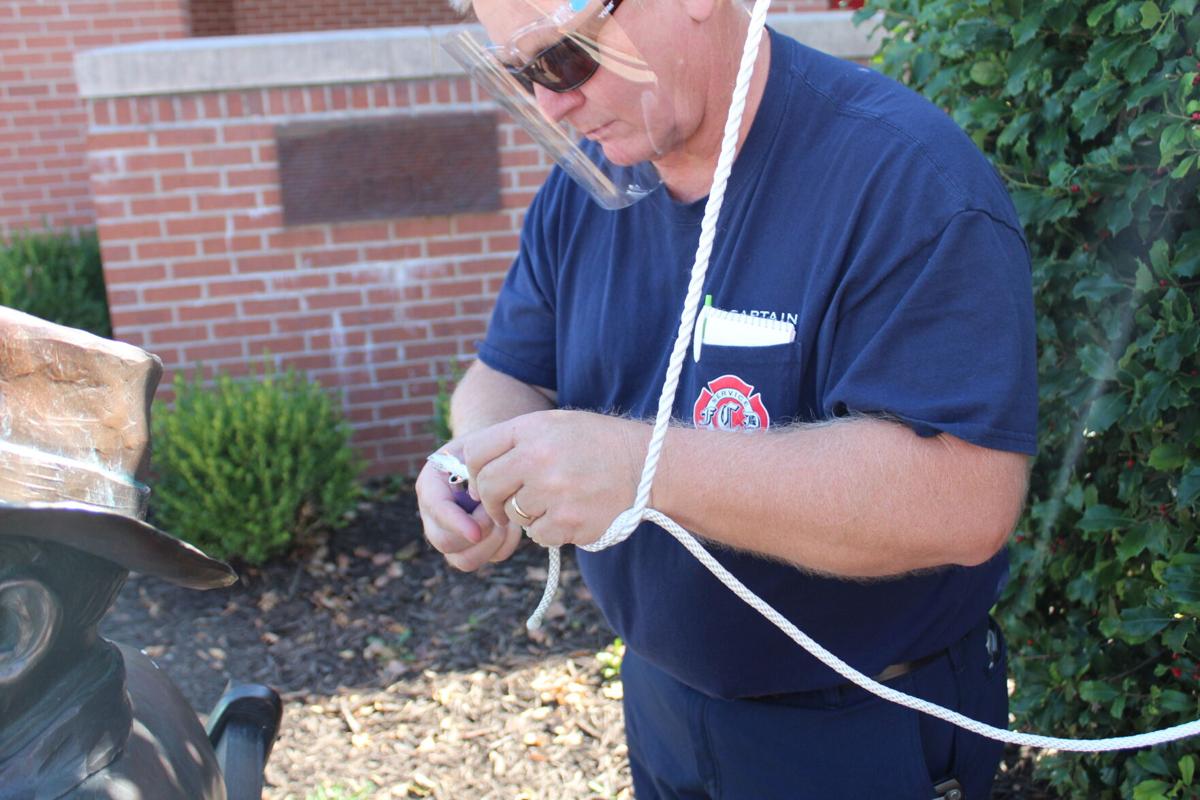 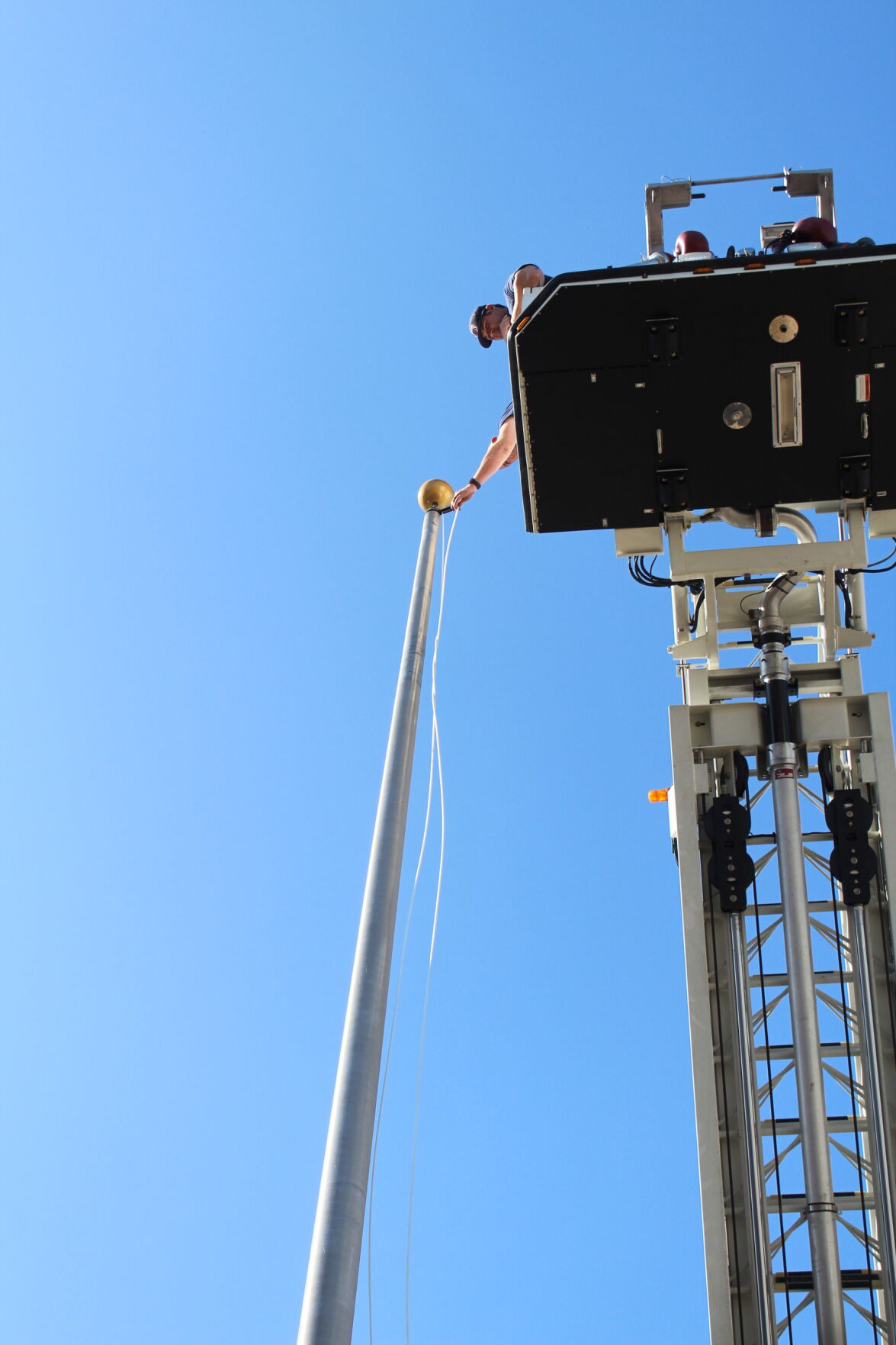 Our nation owes a debt of gratitude it can’t possibly pay. Nothing will ever match the sacri…