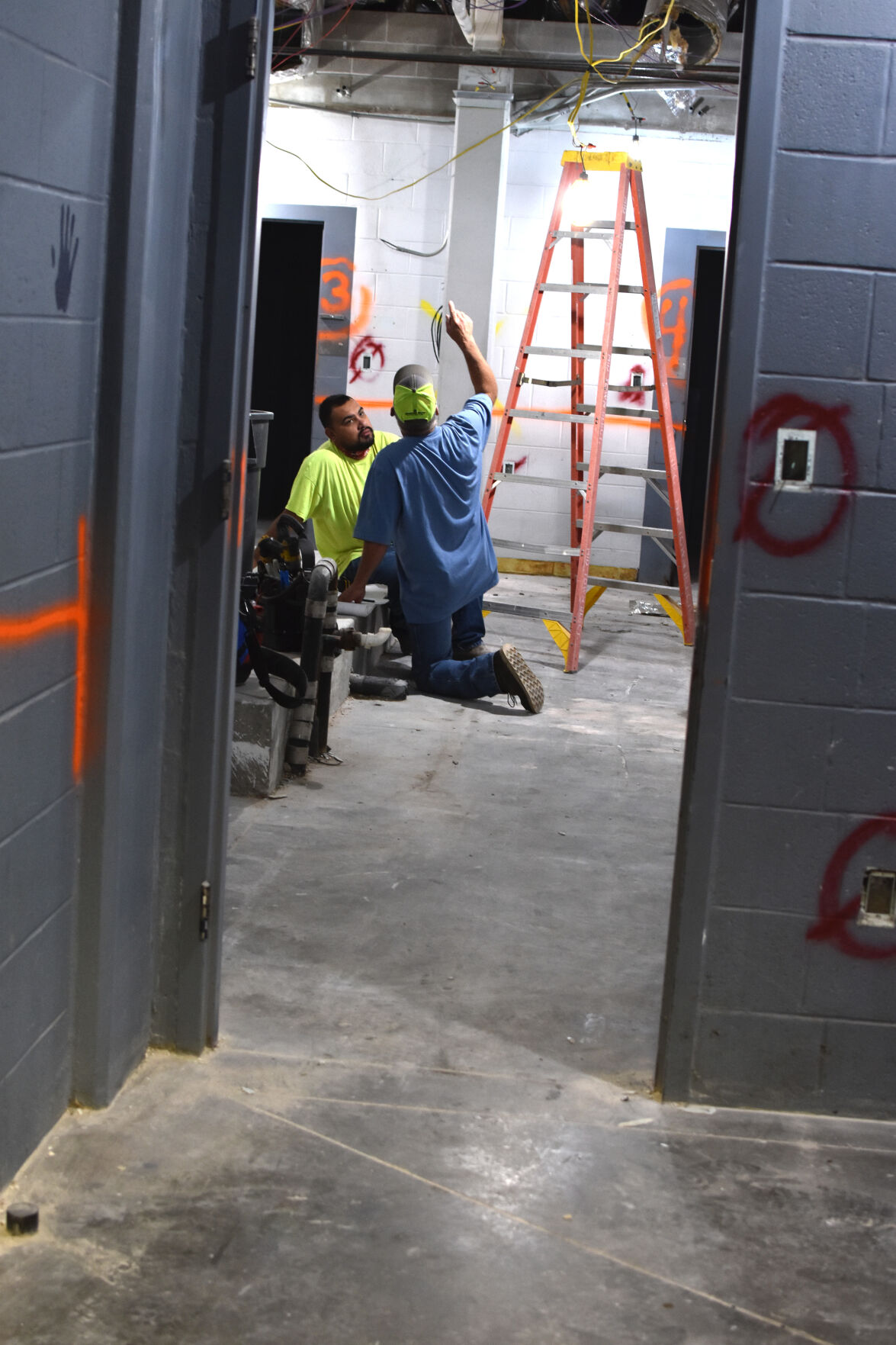 Crew begin planning and mapping out construction for the expansion of the booking area. 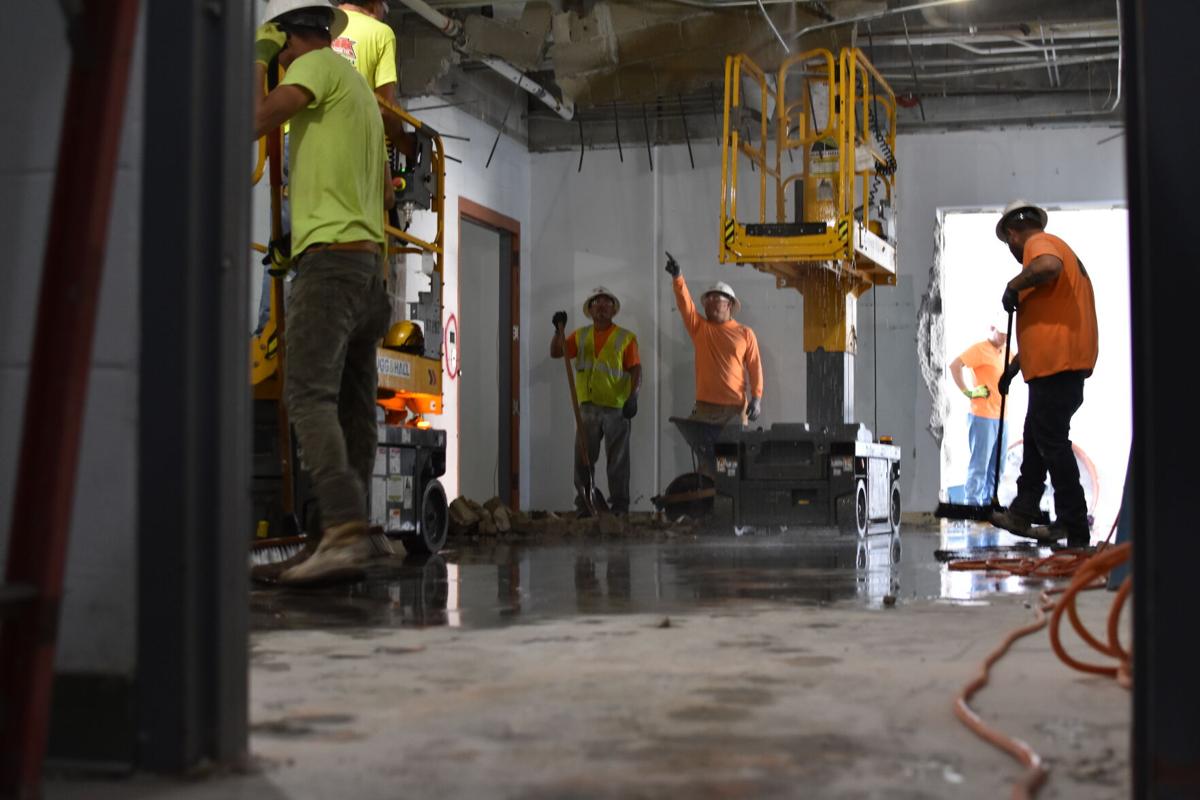 Crew begin planning and mapping out construction for the expansion of the booking area.

Within this phase, construction crews will expand the booking area and increase the number of cells from four to eight.

“We’re going to almost double our space in comparison to inmate housing,” Rogers County Undersheriff Jon Sappington said. “The other key piece there is were going to move attorney/client visits as well as inmate visits for the public from the front window to night bail bonds.”

There also will be a new lobby, two visiting rooms for lawyers and two kiosks for families to visit.

The $3.4 million project, awarded to Miller-Tippens Construction Company, is broken down into three phases.

Phase one was moving the evidence room – which is finished except for a few minor and cosmetic items that will be finished during phase three.

Phase three is adding two additional pods where the current lobby is.

“That will be the largest and most cumbersome piece,” Rogers County IT Administrator Bronson Smith said.

Although they don’t have final numbers yet, Smith said they are looking to add 60 – 70 beds, which would increase their maximum capacity to over 300.

Phase one construction began in April and ended Sept. 13. Phase two immediately started and is expected to be completed in mid February, weather permitting. Once phase two is done, phase 3 will begin.

“One of the most immediate things we got to see were new revamped camera system,” he said.

Smith said they have 142 cameras and have added more vantage points.

He said they put in new servers, but the original analog camera stayed.

“If you can imagine – a camera from 2000 compared to a digital camera today,” Sappington said.

The need for this project arose due to an increase in inmate population because of the McGirt decision, COVID and the Department of Corrections stop receiving prisoners, Sappington said.

“Most of that has been somewhat resolved,” he said. “As a result, our count has dropped.”

The max capacity at the facility is 250, but they’ve seen numbers as high as 332.

“That was pre-COVID for any of these issues,” Smith said.

Sappington said typically the slow time for inmate intake is the fall and winter. He said he hopes the count continues to reduce as they work through the booking expansion.

“One of the challenges with COVID and this pandemic is we were originally housing inmates in George POD and being able to isolate them prior to putting them back. In doing this renovation, were having to implement testing and doing some different things to maximize the use out of that space.”

Smith said this project will help them deal with inmates who may have COVID.

“After this, it’s going to be more manageable to operate the jail in this COVID time,” Smith said. “With the additional holding celling up front in booking, with the addition of these two pods, it’s going to allow us to have more isolation pods for quarantine to prevent inmates that are currently housed from possibly being exposed to a new intake.”

At their highest, the jail had 40 active cases and had to lock several pods down.