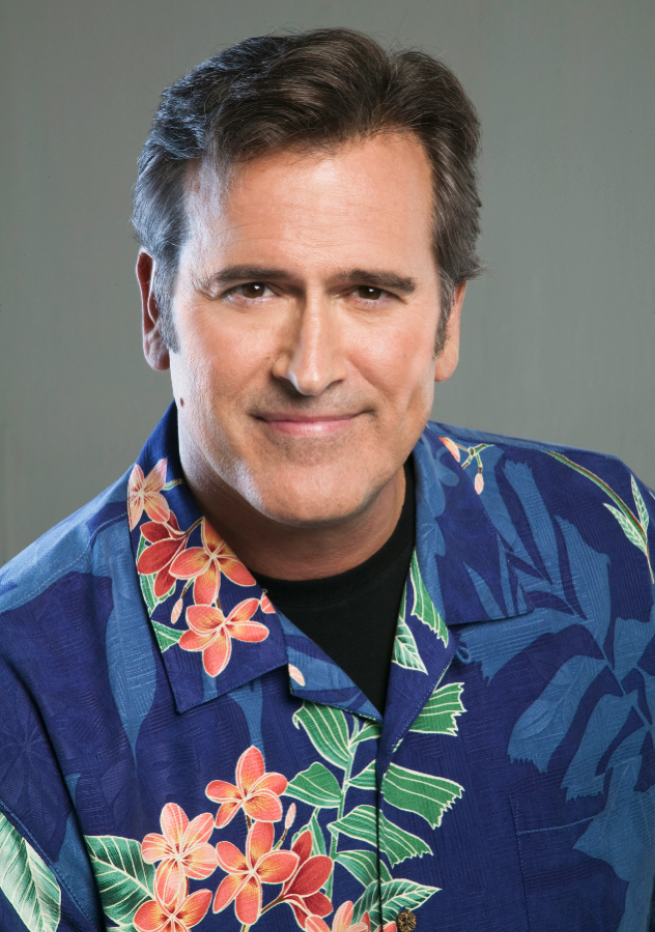 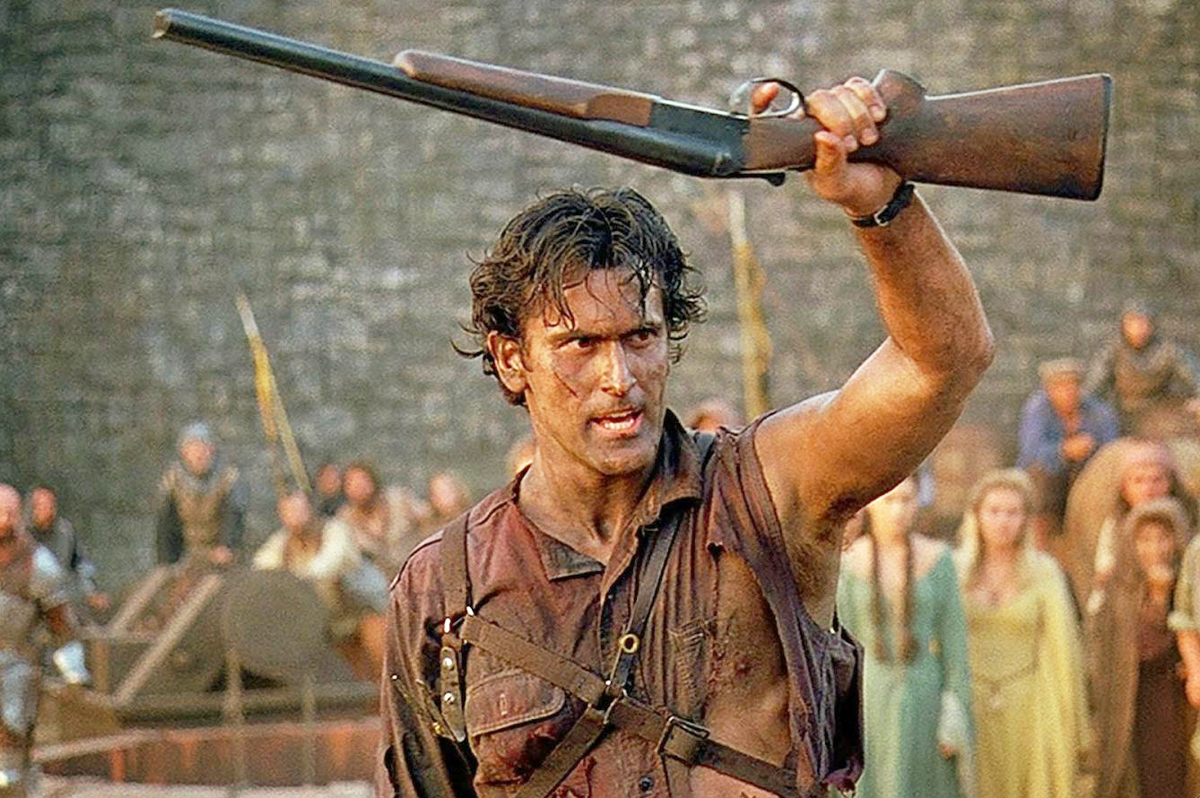 It may be early in the day, but the lines are already thick, stretching as far as the eye can see.

He seats himself behind a table covered with photographs of himself — some, showing him smiling, wearing a Hawaiian shirt, others, dressed as a cowboy, others still showing him drenched in blood — the lines begin their slow, methodical advance towards him.

The first person — a man in his mid 20s — steps forward, his brawny arms and neck heavy with tattoos.

As he approaches the man behind the table, a smile broadens across the tattooed man’s face and he holds out a unique token of appreciation — a chainsaw.

“Could you ... could you sign this for me?” the tattooed man meekly asks.

“Sure, no problem,” the seated man replies. “Who should I make this out to?”

It’s just another day at the convention for Bruce Campbell.

One week before he returns to the screen in the role that arguably launched his career and earned him his status as a cult movie actor, Bruce Campbell will be meeting his fans in Tulsa at this weekend’s Comic Con.

“I think the last time I was in Oklahoma was around 2005 and before that, probably in 2000, so it’s good to be back, especially at Comic Con,” Campbell said. “Getting to deal with a live audience, to interact with the fans, is something you don’t get when you’re doing the movies, and the fans you meet at the conventions are the best — many of them dress up in character (cosplay) and that’s a lot of fun to see.”

For the uninitiated, Campbell first appeared on fandom’s radar in the Sam Raimi-directed horror movie “The Evil Dead,” which horror author Stephen King himself described as the “most ferociously original film of the year.” His character’s weapons of choice? A chainsaw and a shotgun.

“I’ve signed a few dozen chainsaws and shotguns over the years,” he said.

Campbell returned to the role — and the cabin in the woods — in the more comedic sequel “Evil Dead II” in 1987 and the more fantasy/horror toned “Army of Darkness” in 1992. Since, he has had a prolific career guest-starring and starring in movies and television series, including the likes of “The X-Files,” “Xena: Warrior Princess,” “Hercules: The Legendary Journeys,” “Jack of All Trades,” “Bubba Ho-Tep” (in which he played an elderly Elvis Presley), “The Adventures of Brisco County Jr.,” and all three of the Sam Raimi-directed “Spiderman” movies.

For “Evil Dead” fans however, he will always be the overconfident, wise-cracking hero-by-default character Ash, whom they clamored to see return to the screen — a wish which will finally be granted this Halloween with the Starz mini-series “Ash v. Evil Dead.”

“We showed the first full episode of ‘Ash v. Evil Dead’ at the New York Comic Con and it just lit everyone in the room’s hair on fire,” he said. “Sam (Raimi) directed the episode and the crowd went crazy. We had the rubber foam chainsaw hands — like the giant foam fingers? — that we handed out to the crowd and it was funny to see people waving them in the air.

“In the series, we find Ash older, not much smarter, again having to fight the Deadites (the undead creatures unintentionally summoned in the original film),” he said. “It wasn’t all that hard to get back into the role as an actor — he’s not that complicated of a guy, but before, we’d only seen him for 90 minutes at a time (in the movies) — for the mini-series, we got to expand on him a little more as a character, so that was good.”

The most challenging aspect of returning to the “Evil Dead” universe?

“Definitely the physical aspect of it,” he said. “I’m 57 now and not as limber as I used to be — I take a lot more hot baths and put on more Bengay than I did back in the old days. I’ve had to do more stretching and isometrics for the role, especially since I’m carrying a chainsaw in most of the scenes.”

Campbell said he’s very “proud of” and “pleased with” the miniseries and he expects the fans to be more than pleased.

“The first two (Evil Dead) movies were unrated but the third had an R, so things had to be toned down, but Starz told us we could do whatever we wanted, so we felt it was the best, most honest way for the franchise to come back,” he said, adding “Not that we’re sick people, but the fans just like for things to be more over-the-top.”

Frequent co-star and friend of many years Ted Raimi, brother of Sam, also will be at Comic Con.

“We’re going to cause a little mayhem,” Campbell joked. “We’ll probably torment a few children together.”

As for the fans, Campbell said he looks forward to meeting them and leaving them smiling.

“In the old days, my fans were more stereotypical — more free-thinkers, guys in their 20s, but now, they’re all ages, from all walks of life, men and women, and even families,” he said. “Some want an autograph, some want to talk, some just want to see me and some give me gifts, the most meaningful of which was probably a high school tassel from a kid. He gave it to me years ago, I still have it, because there was something he saw in an episode of ‘Brisco County’ that was life-affirming and motivated him to finish high school.

“Sometimes, you think what you do is kind of silly, but there are those moments when what you do connects with people, speaks to them and helps elevate their thinking in a way you could have never imagined,” he said. “That’s kind of profound.”

For more information about Bruce Campbell, visit his official website at www.bruce-campbell.com.