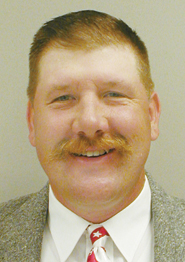 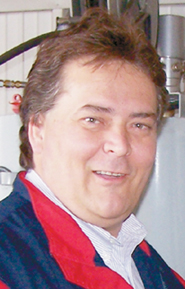 By JOY HAMPTON Staff Writer New allegations have arisen that County Commissioners Mike Helm, District 2, and Kirt Thacker, District 3, have held private meetings to discuss county business. Debbie Hendrix of Corporate Advantage confirmed Tuesday that she had met with Helm and Thacker twice behind closed doors to discuss the possible drug testing of county employees. Such meetings could be a violation of the Open meetings Act according to Title 25 of Oklahoma Statues. Hendrix said that the meeting with Helm and Thacker on Monday was the second time the three had sat down to talk about the testing. She said she had met with them for the first time a couple of weeks previously. Asked whether she had met with both Helm and Thacker, Hendrix said yes, those two and another man whose identity was unknown to her. Hendrix said she had met with the commissioners at their invitation. Corporate Advantage is a respected firm that does drug testing for private companies. Hendrix said the company has not done testing for Rogers County in the past. “They were just informal meetings,” said Hendrix. “There wasn’t even a secretary there.” According to Hendrix, she did not present anything in writing to the commissioners but discussed pricing and other aspects of testing with Helm and Thacker. “I don’t want to do anything wrong,” said Hendrix. “You need to get the details from them. I don’t know what’s open records and what isn’t.” Hendrix said she was not aware of laws prohibiting two or more commissioners from meeting behind closed doors to discuss county business. She was simply responding to a request by the commissioners and never suspected Helm and Thacker might be violating a state statute. Helm and Thacker made statements Monday indicating they are very well aware of Open Meeting laws forbidding the practice. The commissioners were caught having lunch together at Rib Crib. They denied discussing or the intention to discuss county business at that lunch gathering. Tuesday, Helm and Thacker gave different versions of the meeting with Hendrix, but she said that both commissioners had been present at both meetings. Thacker told the Progress that he and Helm had spoken with her, but that first Helm had spoken with her in the commissioners’ office Monday, and then Helm left and he (Thacker) had spoken with Hendrix. “We are simply in an information gathering status,” said Thacker. He said he had discussed hair follicle testing which would run $62 and also UAs (urine analysis) with Hendrix. “We’ll probably do those, too. I think the cost on those is $40.” Helm denied the meeting, saying he had not actually spoken with Hendrix but had seen her at the office. “The chairman (Thacker) visited with her and Barry (Farbro) talked with her,” Helm said. “It’s gotten a little confusing. We’ve got to get risk managers in place.” Helm said that the resolution the Board had looked at passing would simply establish a risk manager, not set the actual policy, and that discussions along those lines would come later. Speaking of the benefit of using an outside firm such as Corporate Advantage to do the testing, Helm said, “A medical doctor reviews the tests. It has to be confidential.” Helm did not say how he knew Corporate Advantage’s methodology if he had not privately discussed the matter with Hendrix or Thacker. Asked whether he would pursue an investigation into the allegation that Helm and Thacker had violated the Open Meetings Act, Haynes said, “If this is referred to me, I will have to recuse myself. I’m required by statute to represent the commissioners, and it would be a conflict of interest.” Haynes said that during his tenure he has been approached to review allegations against county officers from other counties. For a DA to recuse himself in such a matter is standard policy. According to Haynes, the sheriff’s office would be the vehicle to start an investigation, but that they might turn the matter over to the OSBI due to potential conflict of interest since the commissioners approve their budget. Should Helm and Thacker be found guilty of a violation they could face fines, imprisonment or both. Violations of the Open Meetings Act is a misdemeanor.