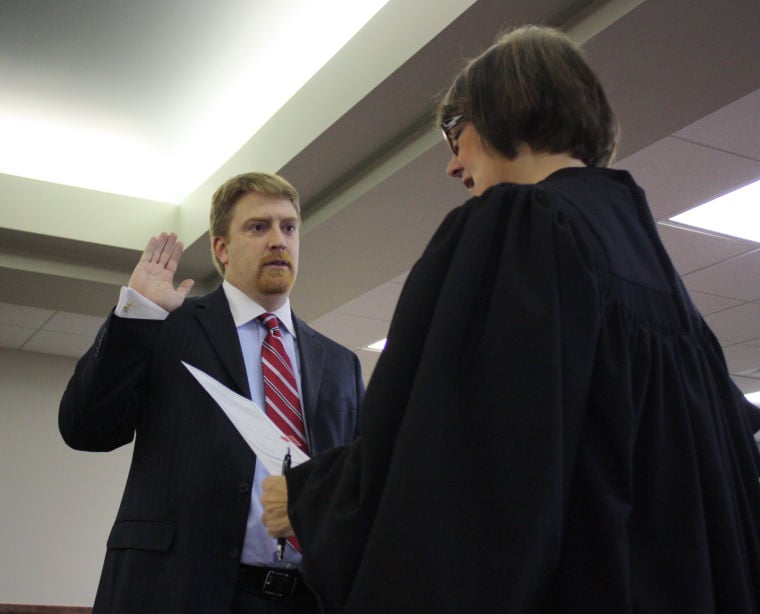 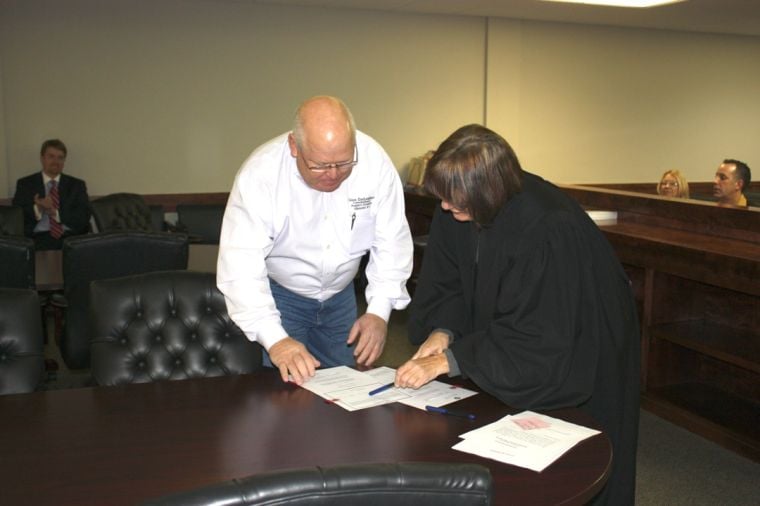 Monday was swear-in day for Rogers County officials, who touted their triumphs in the Nov. 2 election and praised county government during ceremonies in Claremore and Oklahoma City.

“It’s been a tough ride but we got through it,” said re-elected District 1 County Commissioner Dan DeLozier, alluding to his win by 57 votes over Republican Blake Lewis.

“I’m going to try to continue the good work we’ve done in the county,” said Marsh, who began his first four-year term after replacing retired Assessor Melissa Anderson in March. “We have something in Rogers County to be proud of for how we run government here.”

Marsh said he believes county government is the truest form of democracy.

“We do have a hardworking county government,” Post said, adding that residents can be proud of their elected officials.

Thacker, who defeated Democrat Leon Hershberger, 2,017 to 1,288, marked the first day of his second four-year term by turning over his seat as chairman of the board of county commissioners to DeLozier in commissioners’ meeting later Monday, ending his yearlong stint.

“It’s been a privilege to serve as chairman,” he said. “It was uneventful, mostly.”