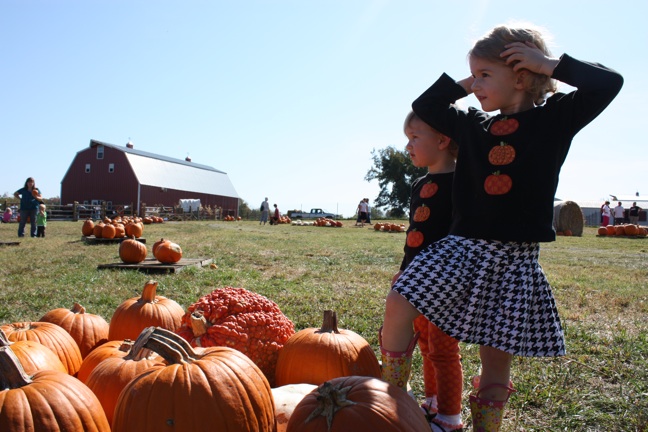 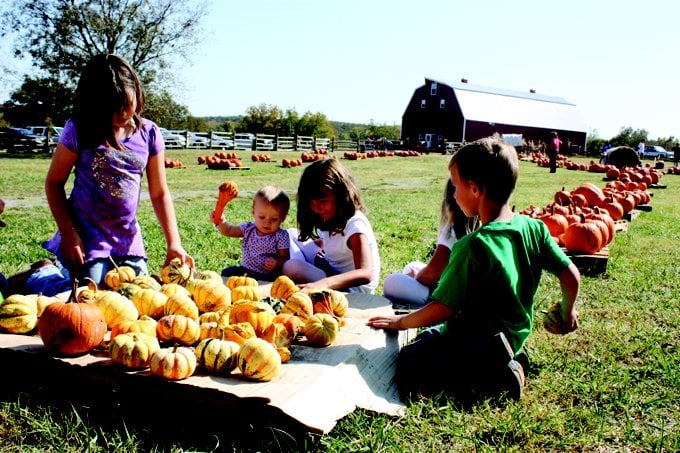 Six-year-old Haley Phipps stood next to a heaping mound of pumpkins, one of many at the Shepherd’s Cross Pumpkin Festival, and asked her mother for permission to go to the pumpkin patch.

The Phipps joined crowds of families at the Claremore-area pumpkin patch Thursday, enjoying what event organizers across Rogers County say is the heart of the Halloween rush.

Today marks the start of the final two weekends for pumpkins, treats and hayrides, but the Halloween season doesn’t end until towns celebrate in their own styles next weekend.

Claremore’s free kiddie carnival enters its fourth year at 6 p.m. next Friday, when it brings children’s attractions to Will Rogers Park just east of Rogers State University and puts “Casper” on a large outdoor screen.

Cassie Woods, Claremore city spokeswoman, said the carnival usually gets about 250 children but organizers are preparing for 350 this year by adding more games, candy and face painting. Concession proceeds will support a local boy scout troop.

And because it’s co-sponsored by the Rogers State University Student Government Association, it ties in with RSU’s annual “Zombie Trail of Terror,” a haunted hayride through the university’s nature reserve that starts at Will Rogers Park when the kiddie carnival ends after dark.

“Basically, the little kids go watch the movie and the big kids go on the hayride,” Woods said.

It also ties in with RSU’s first “Zombie March for Hunger,” where RSU students are asked to donate three to five cans of food for Safenet Services in exchange for being “zombified” on RSU’s campus from 3 to 5 p.m. Friday.

Members of RSU’s student broadcast association say they will turn participants into zombies who walk around to music being played by RSU Radio. It’s capped off by a die-out, or mass pretend death.

“Why are we doing this? Why not?” said Gary Webb, organizer with RSU’s SBA. “We were trying to think of something fun to do that would engage the students and also be for a good cause.

“It’s just kind of an experiment to see if we can get the students out here and be engaged doing something.”

Some zombies will stay in character and visit the kiddie carnival.

It’s also the fourth year for Oologah’s downtown trick-or-treat festival, dubbed “BOOlogah,” where business owners will line Cooweescoowee Avenue to pass out candy from 5 to 7 p.m. next Friday.

Karen Weeks of the Oologah Camber of Commerce, the event’s sponsor, said participation grows every year. This year, organizers have added a photo booth for children and parents. More than 400 children participated last year, Weeks said.

“It keeps growing. We always look forward it,” she said. “It’s just a safe alternative for kids to trick or treat.”

Someday it may be a full-blown carnival, but for now it’s a nice throwback to Oologah’s long-passed Halloween events, she said.

“Years ago the chamber used to have a carnival and I just remember my kids going to it and it was such a fun event,” she said.

The Chelsea Chamber Tourism Society and the Chelsea Chamber of Commerce will host a similar event from 6 to 8 p.m. on the Saturday before Halloween. It’s the “Trick or Treat on Main Street,” where businesses, police and firefighters hand out candy.

• Claremore’s “Haunted Trail” begins at dark tonight and runs through Oct. 30. The event bills its guests as “victims” who are treated to screams by volunteers lurking in the shadows.

It’s eight miles east of Claremore off Highway 20 at the end of winding county roads spooky enough to constitute their own haunted trail. Painted arrows lead the way after victims turn left at Sinors Convenience Store, or Harmony Starr Road.

“People are wanting good, positive, family-oriented activities and that’s what we want to provide,” Dickinson said. “There’s no fear here. We’re more about celebrating the Lord and the harvest.”

• Catoosa’s annual free Hometown Halloween Festival goes from 4 to 11 p.m. on Halloween Sunday. The idea is to give children a safe and non-frightening place to trick-or-treat.

Hayrides will take fright seekers to a nearby “ghoul house” — just in case some visitors do want to be scared.

The festival features a costume contest, pony rides and an inflatable bouncer. It takes place on Cherokee Street between Antry Drive and Oak Street.

• Foyil High School’s annual free fall carnival is 5:30 to 7:30 p.m. in the school’s gym, featuring a house sponsored by the Foyil student council.

• ESA is holding its annual carnival in the Inola Elementary School gym at 4 p.m. this Wednesday.

• Rogers County towns say normal trick-or-treating will be on Halloween Sunday this year.