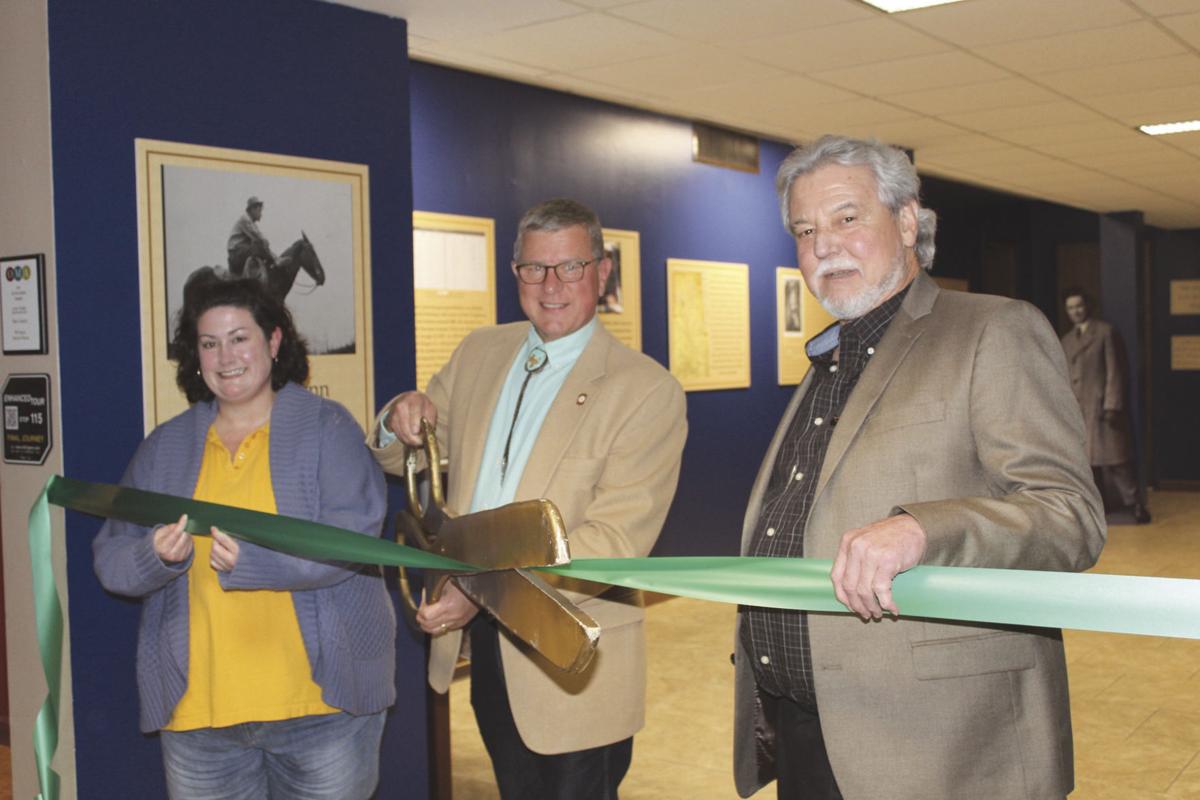 He is known as the Cherokee Kid, but discussion about Will Rogers’ Cherokee heritage usually ends there as people move on to discuss his worldwide fame, prolific film career and influential political humor.

A new exhibit, which opened this weekend at the Will Rogers Memorial Museum in Claremore, tells the previously untold story – how Cherokee history and culture shaped Oklahoma’s Favorite Son.

“What we did with the exhibit was talk about the life of Will Rogers, before he became famous,” Gourd said. “The influence of his upbringing as a Cherokee in Indian Territory.”

Callie Chunestudy, with the Cherokee Heritage Center, was also instrumental in building the exhibit.

“A couple of things that you will notice when you go into the exhibit is his family lineage … there is a bit of history of how his parents met, his early family life,” Chunestudy said. “One of the things that led Will to become the world traveler that he was, was the impact of allotment. If allotment had never happened, he may have stayed at home and been a rancher for his entire life.”

Under the Dawes Act, Cherokee land that was previously held in common by the tribe was broken up into pieces, with small sections allotted to individual Cherokee citizens.

Privatization of land reduced the size of Cherokee ranches like that of the Rogers family, and encouraged white settlers to claim tracts of land buy squatting on them, adopting Cherokees to claim their inheritance, or more rarely, buying the land out-right.

“The reason he left and went travelling was to look for the open ranch life again,” Chunestudy said.

“The Rogers family story is common to many, many people here,” said Cherokee Nation Tribal Councilor Keith Austin. “This is, to me, the story of the Cherokees coming from the east, building ranches, building lives, and losing their land through allotment. This is part of that big story, and it effected the Rogers family in profound ways.”

“At the root of it, Will Rogers was just a Cherokee boy,” Austin said.

The exhibit is a collaborative effort between the Will Rogers Memorial Museums, the Cherokee Heritage Center and the Oklahoma Humanities Council.

“The exhibit is the result of the right team working together on the right dream,” Cherokee Nation Tribal Councilor Keith Austin said.

The Memorial Museum’s resident Will Rogers look-alike Andy Hogan said, “Our mission here is to collect, preserve and share the life, humor and wisdom for Will Rogers for all generations.”

The exhibit shows, in great detail, the foundations that allowed Rogers to become the celebrity he was.

“It got to be that if he didn’t make fun of somebody, they were nobody,” Gourd said.

Gourd said that Will’s humor, holding people accountable through light-hearted public shaming, was a cultural practice he likely picked up from his Cherokee family.

“He would always compare what was happening nationally, in the economy, politics and other things, with what the Indians would or wouldn’t do,” Gourd said.

In retrospect, Gourd said, it is amazing how, “one person made such a tremendous influence on American culture and American value.”

The exhibit will be at Will Rogers Memorial Museum for one year and then move to the Birthplace Ranch.