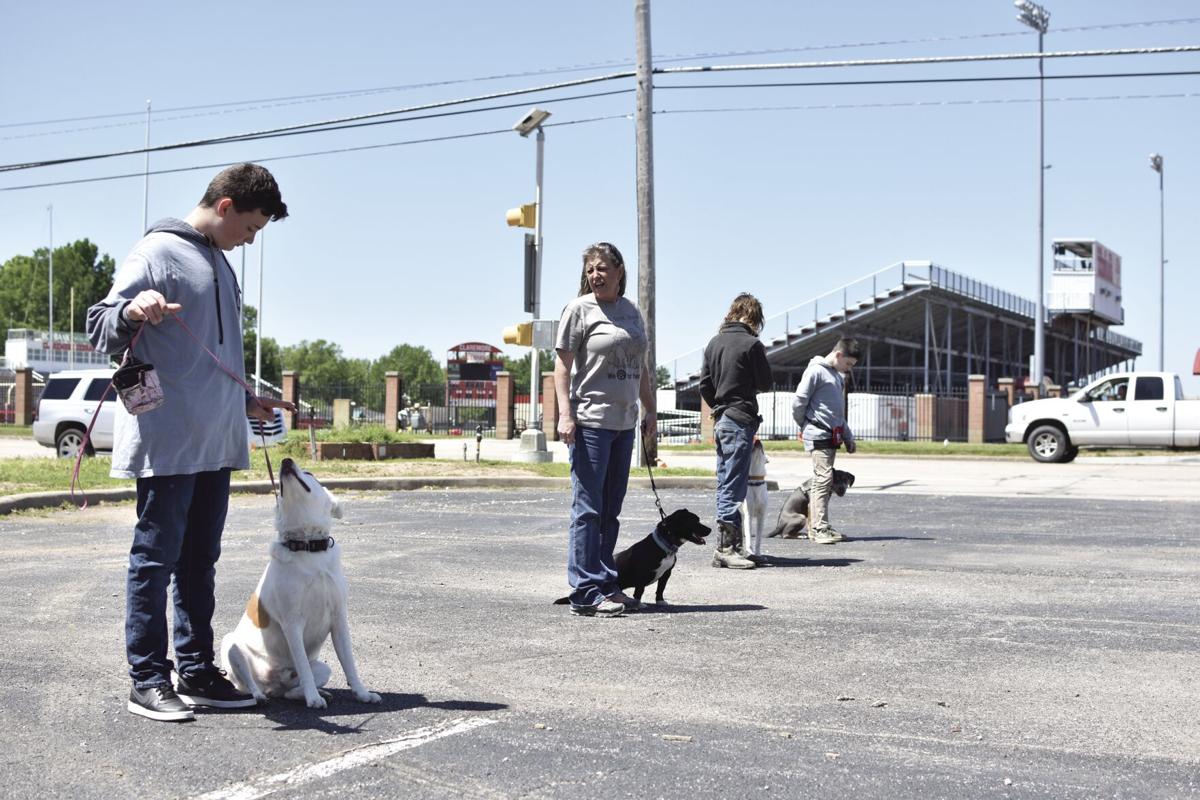 Acie and Rocco, trainer Andrea Lueck and King; Jace and Rocky; and Josh and Butters line up to begin training for the day. 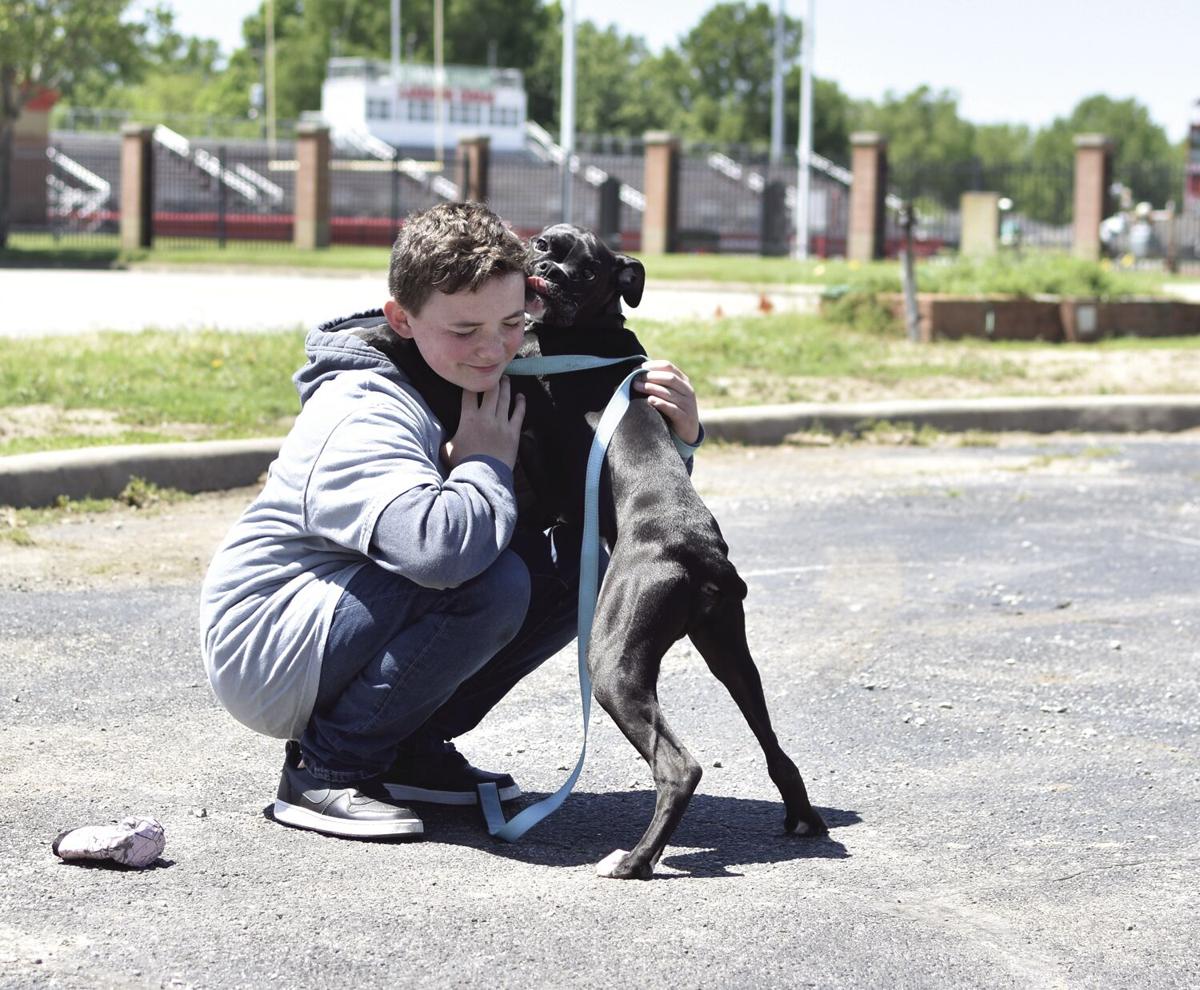 Boxer Titan gives Acie a big kiss after a finished day of training. 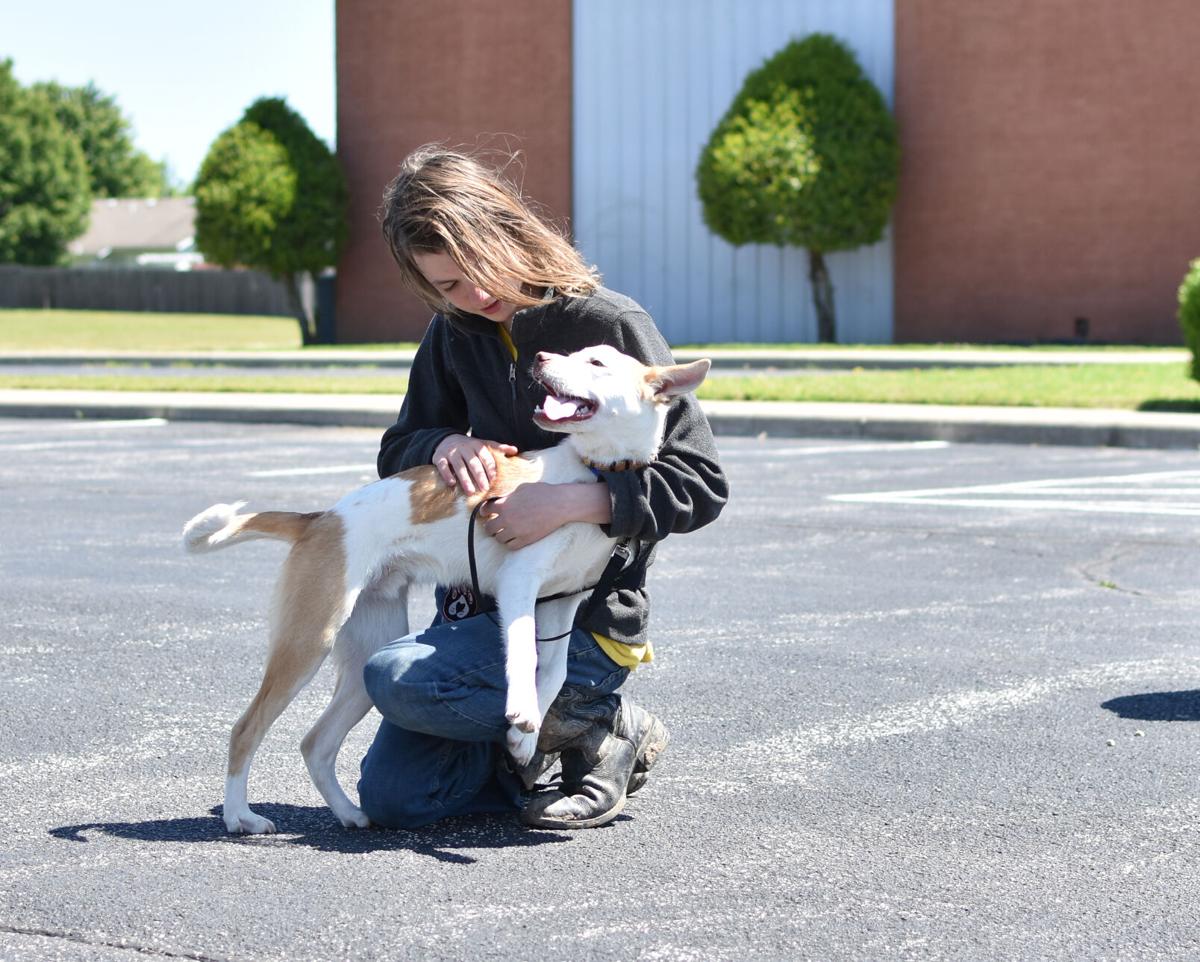 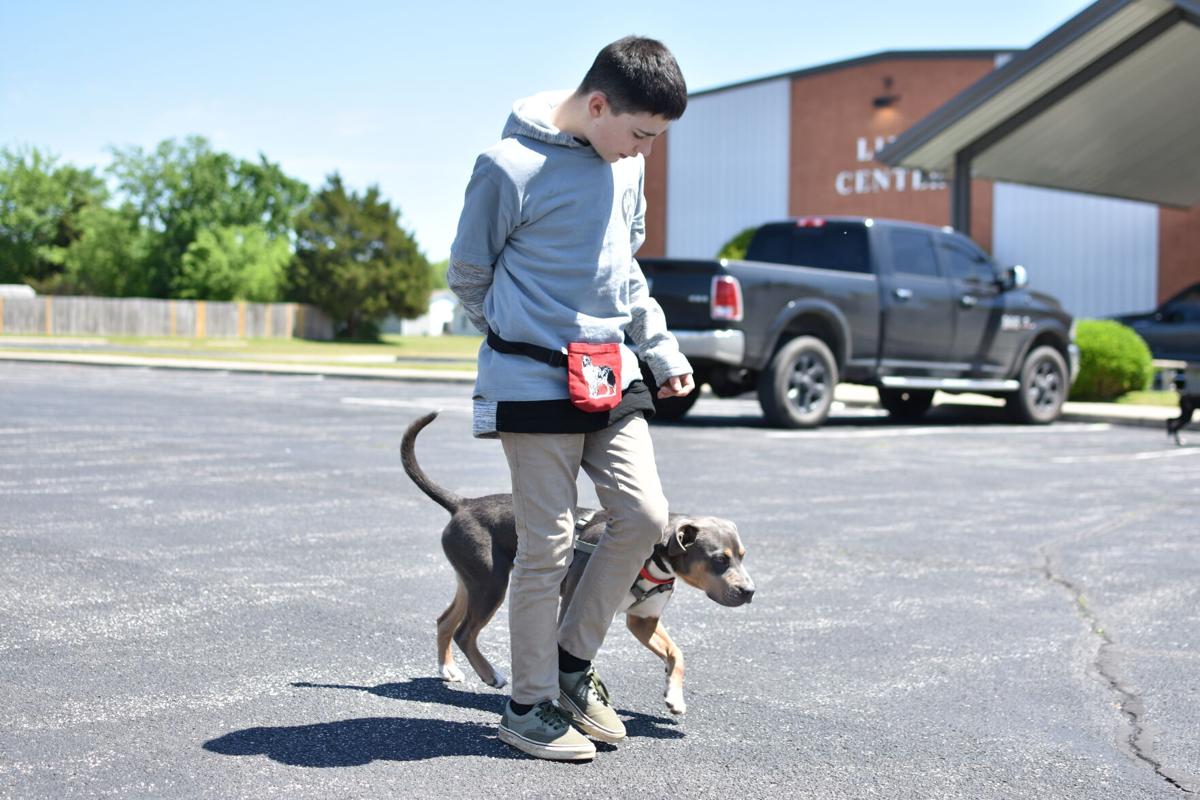 Acie and Rocco, trainer Andrea Lueck and King; Jace and Rocky; and Josh and Butters line up to begin training for the day.

Boxer Titan gives Acie a big kiss after a finished day of training.

This story is the first of a three part series on dogs that make a difference within the community.

Although Rocco, BethAnn, Titan, Butters, Rocky and King are all different breeds of dogs, they all have one thing in common – teaching.

Volunteers for Youth, in partnership with Care Rescue, created a program to teach kids important life skills with the help of a furry friend.

Every Thursday at 11:30 a.m., VFY students are paired with a dog and are taught how to train a dog.

“It’s not just dog training,” Care rescue Trainer Andrea Lueck said. “I try my very best to incorporate leadership, self-confidence, edification, fair correction and praise, which in turn, I think, helps them learn a correct way to deal with people in life based on reaction.”

This program started in February after VFY received a grant that allows them to have a service dog on their team.

Roxanne Bilby, Volunteers for Youth PAL program director, said as they began doing research on how to train their new teammate – a 20-week-old doodle named PawLea – they learned about a program called the Star Program.

Star Program is a prison training program where dogs are taken into the Dick Conner Correctional Center in Hominy, and the inmates help train the dogs.

“We wanted something that would mirror that,” Bilby said.

Lueck, who is the lead trainer of the Star Program, began talking with Bilby about creating the a similar program for VFY.

The original plan was for the program to last until summer, but the participants – boys in the UTURN program – requested that the program continue through the summer.

“The fact that they were excited enough about it to want to spend more time doing this, I think shows how it’s impacted them,” Bilby said.

Bilby said the boys have been pulled from typical societal experiences, and the goal was to create a program to give them tangible skills.

“I think the goal of really any educator is you take what you learn in the classroom and you apply it to real life, and I think they're getting to do that, seeing that they're capable of taking ownership and taking responsibility,” she said.

Although the program has only been in place for 11 weeks, it is already making an impact.

“It helps build their personal leadership skills and self worth,” Evaluation Specialist Cindy Wilson said. “They’ve gone from being closed off and walls up to excited and talking.”

Lueck said on the first day of the program the participants wouldn’t speak, wouldn’t make eye contact and sat in the back of the room. She said things are different now.

One day, Lueck and participant Jace were outside with Rocco, a white dog, learning how to weave and do controlled walking.

Lueck said that’s the reason she volunteers and is involved with the program.

“If any of them had issues with another, you would never know it now,” she said. “They all work together as a team and help each other. It’s amazing. I’ve left out of here teary-eyed more than once. I’m just proud of these kids.”