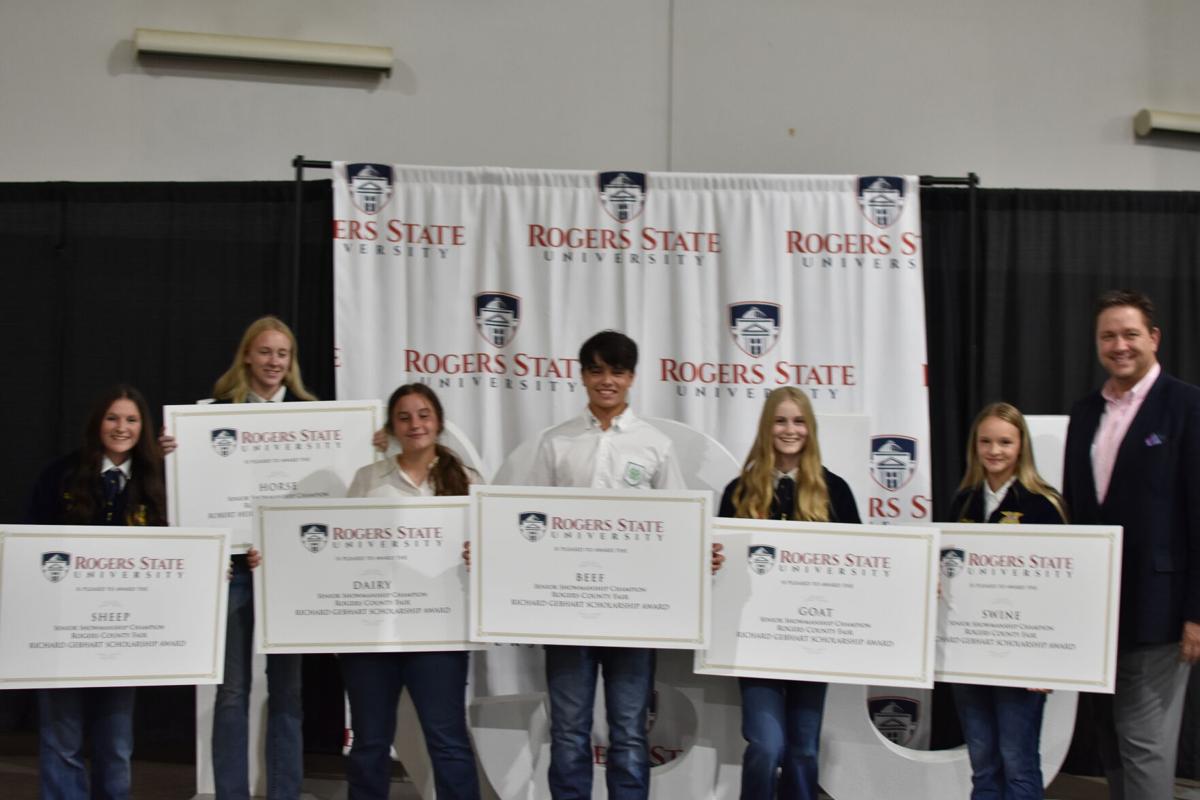 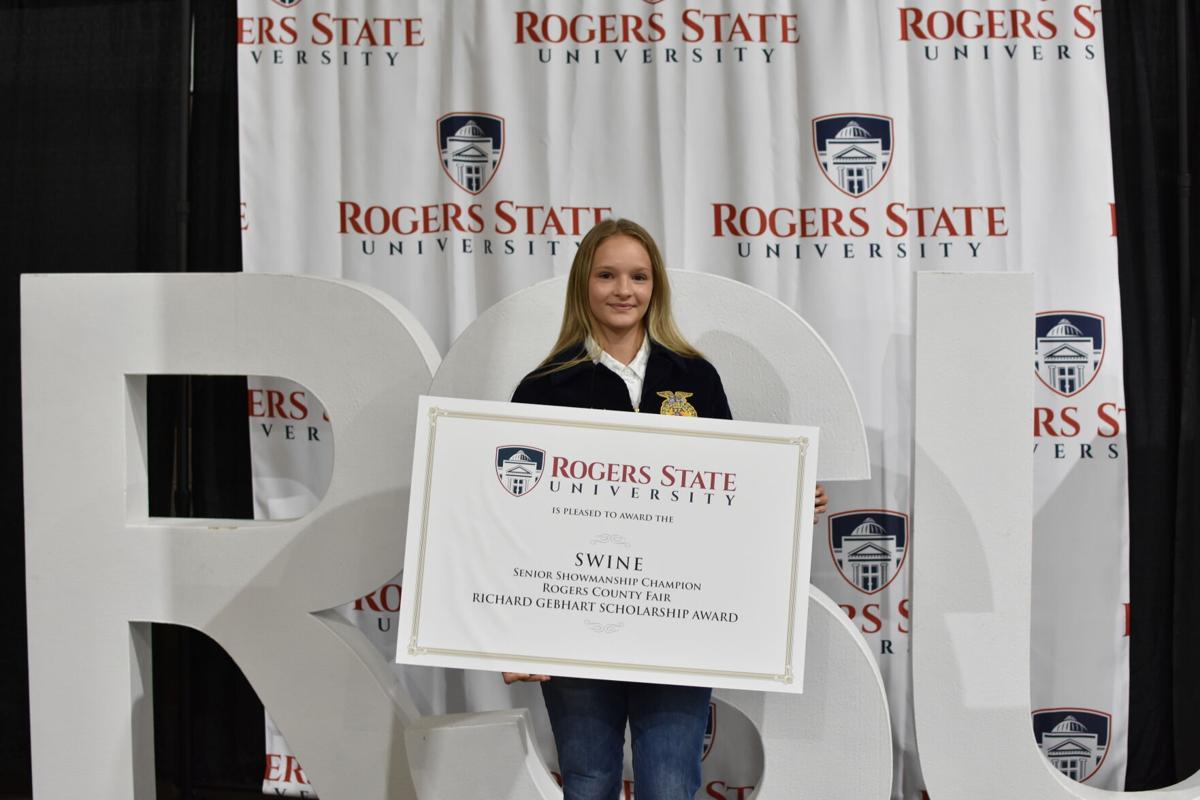 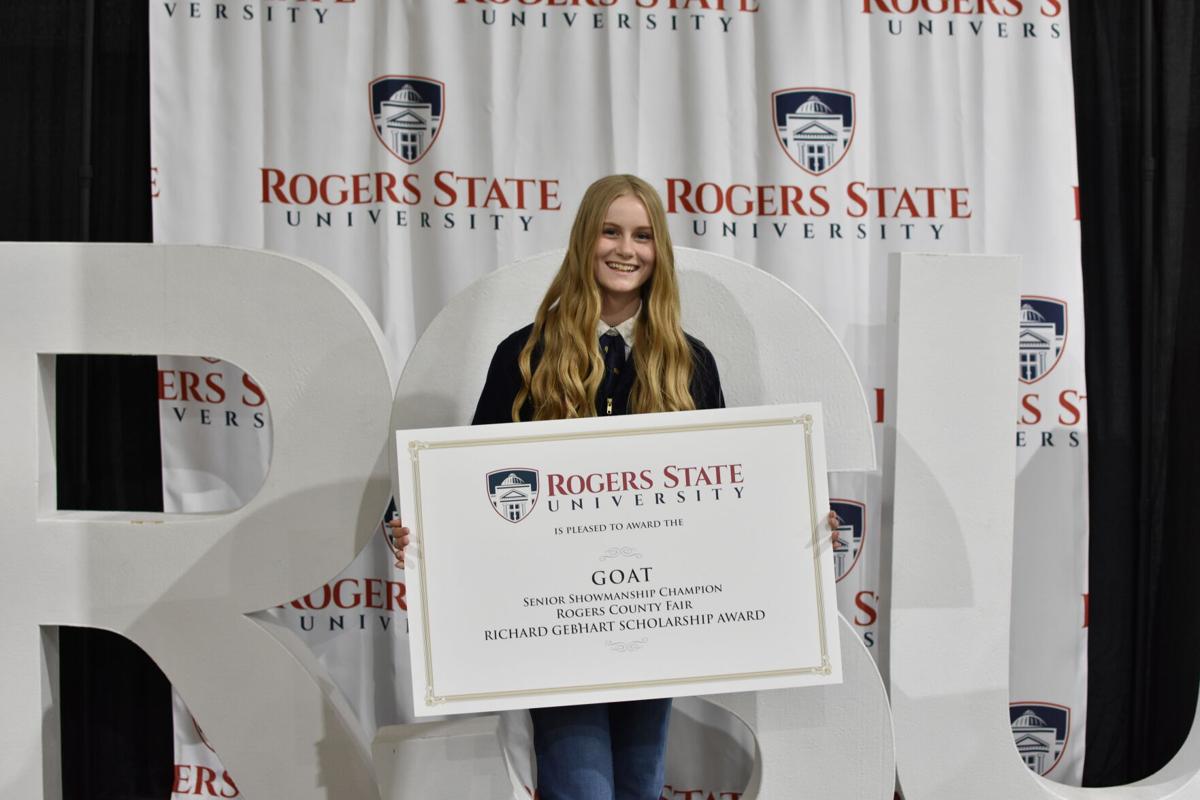 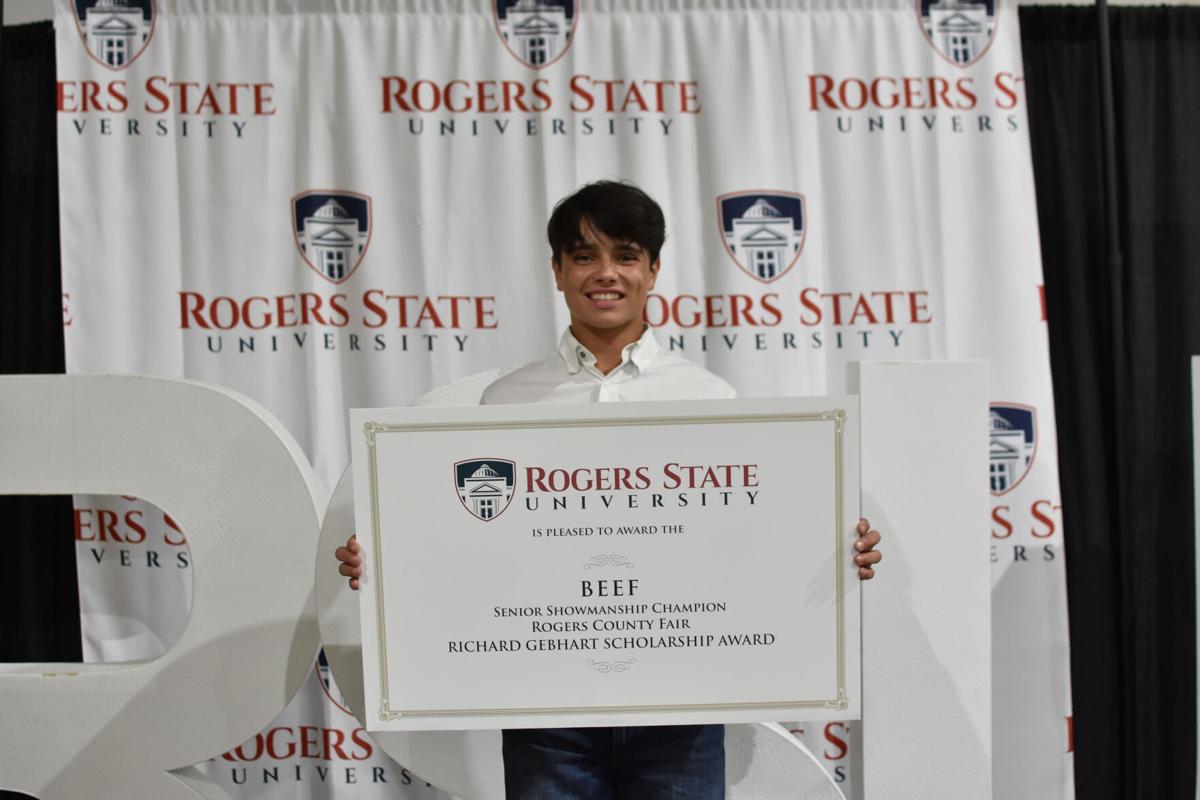 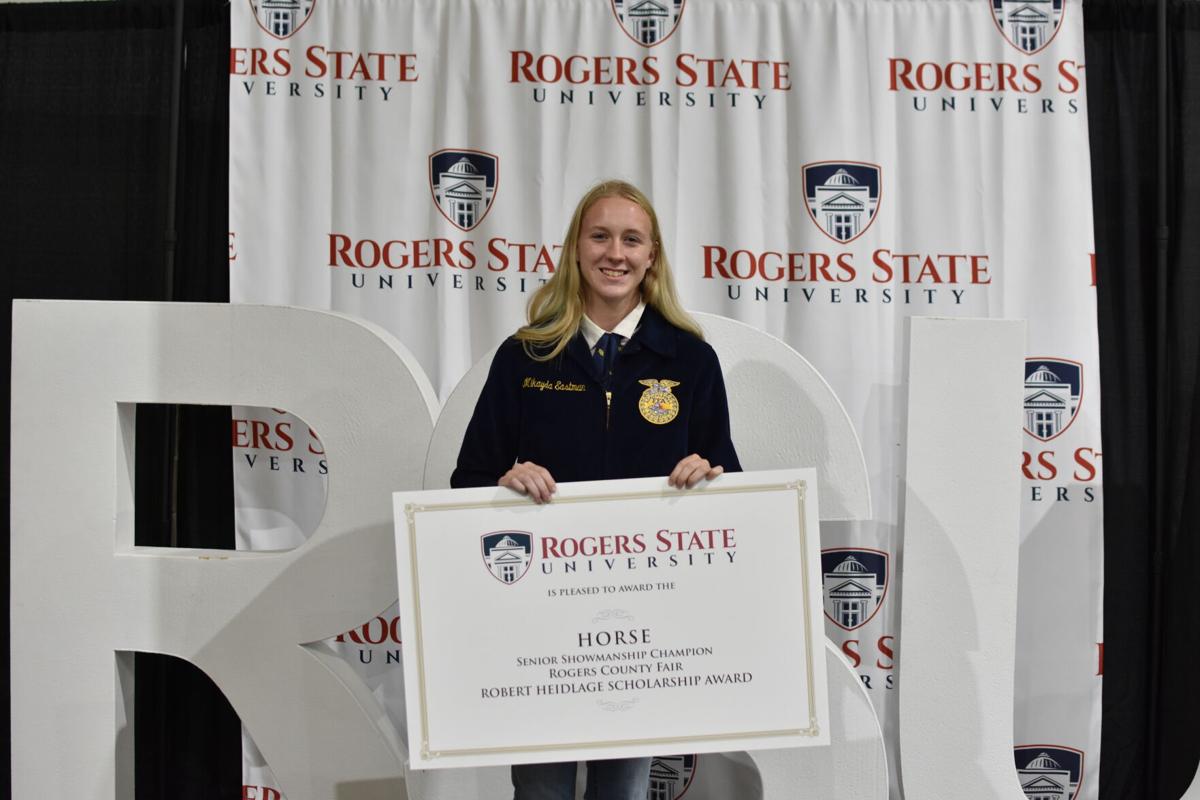 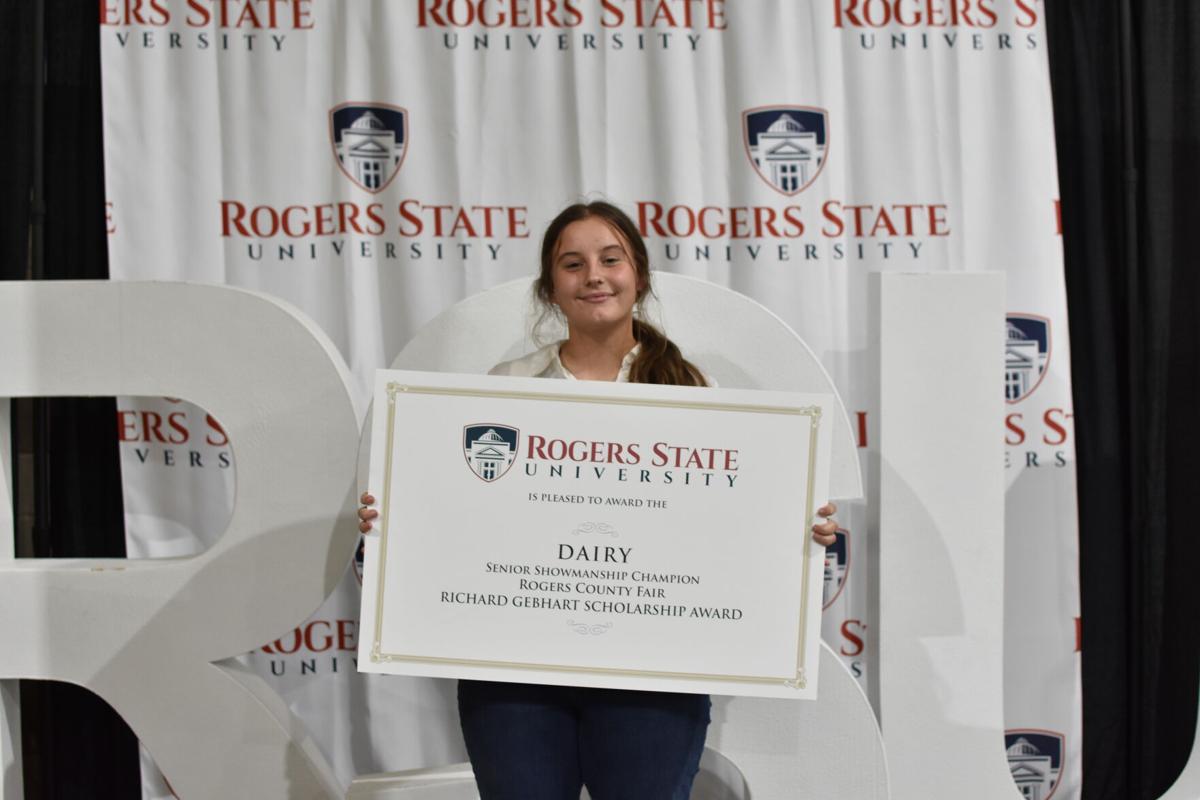 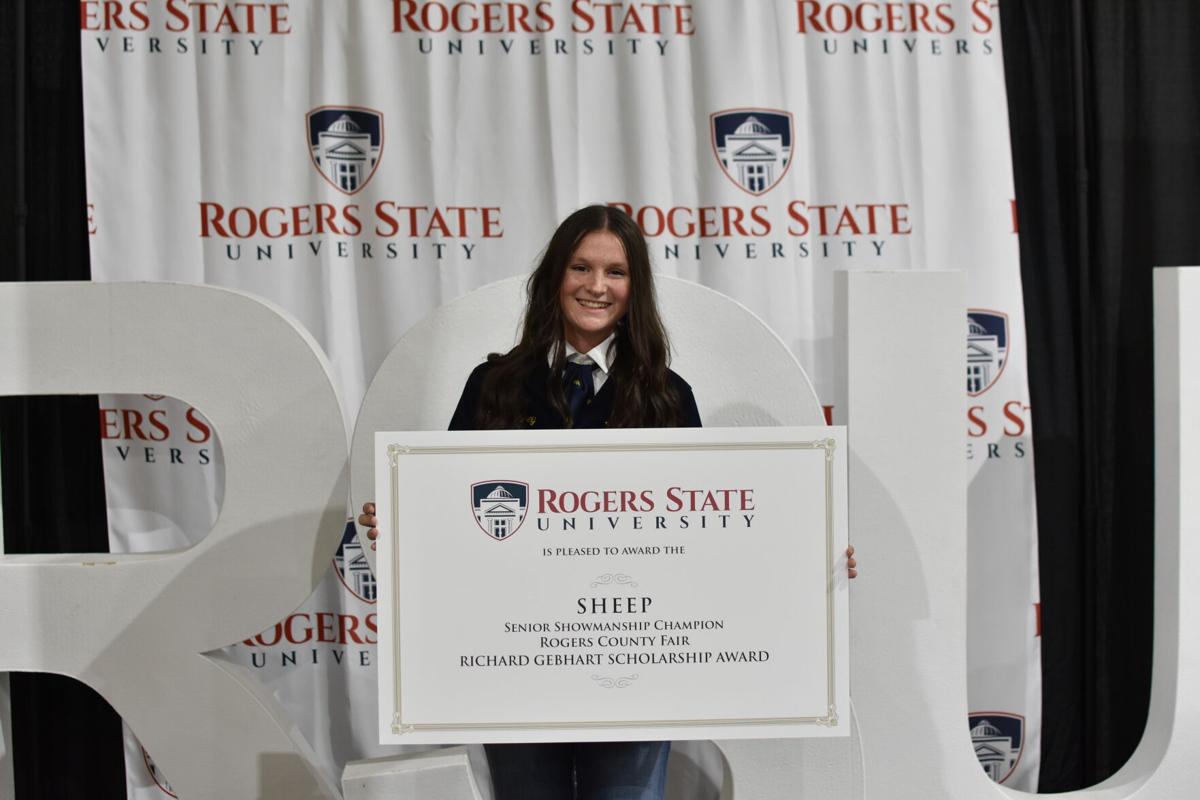 "These scholarships make a high-quality education even more affordable,” RSU Marketing Director Brandon Irby said. “The scholarship recipients of the Rogers County Fair demonstrate a strong work ethic that embodies the spirit of our student body."

Fairboard Vice President Susan Gebhart said the scholarships started with sheep, goats, beef and swine and over the years added dairy and horses.

Since 2008, RSU has awarded tuition scholarships to 84 students through the Rogers County Fair totaling more than $500,000, Irby said.

RSU also gives scholarships out at the Mayes, Washington and Tulsa county fairs.

“We really applaud them for that,” she said.

This idea to give scholarships to grand showmen was the product of the late Richard Gebhart.

“He would just come up with these ideas,” said Susan, who was Richards wife.

Susan said when Richard retired out of the Army as a colonel he began teaching at Tulsa University.

“He was a huge advocate for education,” she said. “Both in his personal life and the lives of other people.”

Susan said he had two master's degrees and a law degree.

“In all aspects of his life, he advocated for education as a tool and a step up for anyone,” she said.

Susan said Richard saw these “get hard-working, excellent caliber students” and wanted to help them find funds to continue their education – whether that be in the formal sense or vocation sense.

Susan said the RSU scholarship program is a part of his legacy.

“It’s been a great program,” she said.

Several other students received scholarships during the evening.

Gebhart said since it was a close selection, the Blakley family decided to give $100 scholarships to the other four applicants — Gage Arnold, Sage Morgan, Rylee Smith, and Brooklynn Boatman.