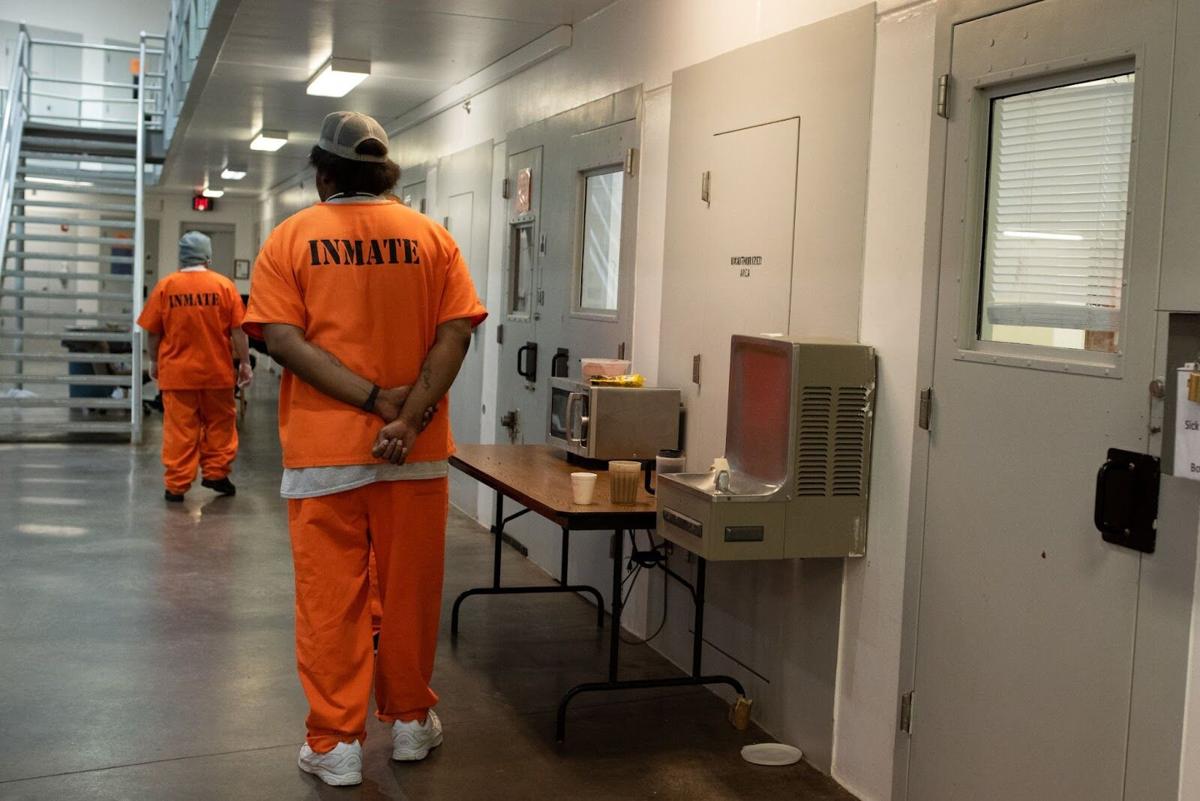 An inmate is seen standing in the mental health ward at Joseph Harp Correctional Center in Lexington in this 2018 file photo. 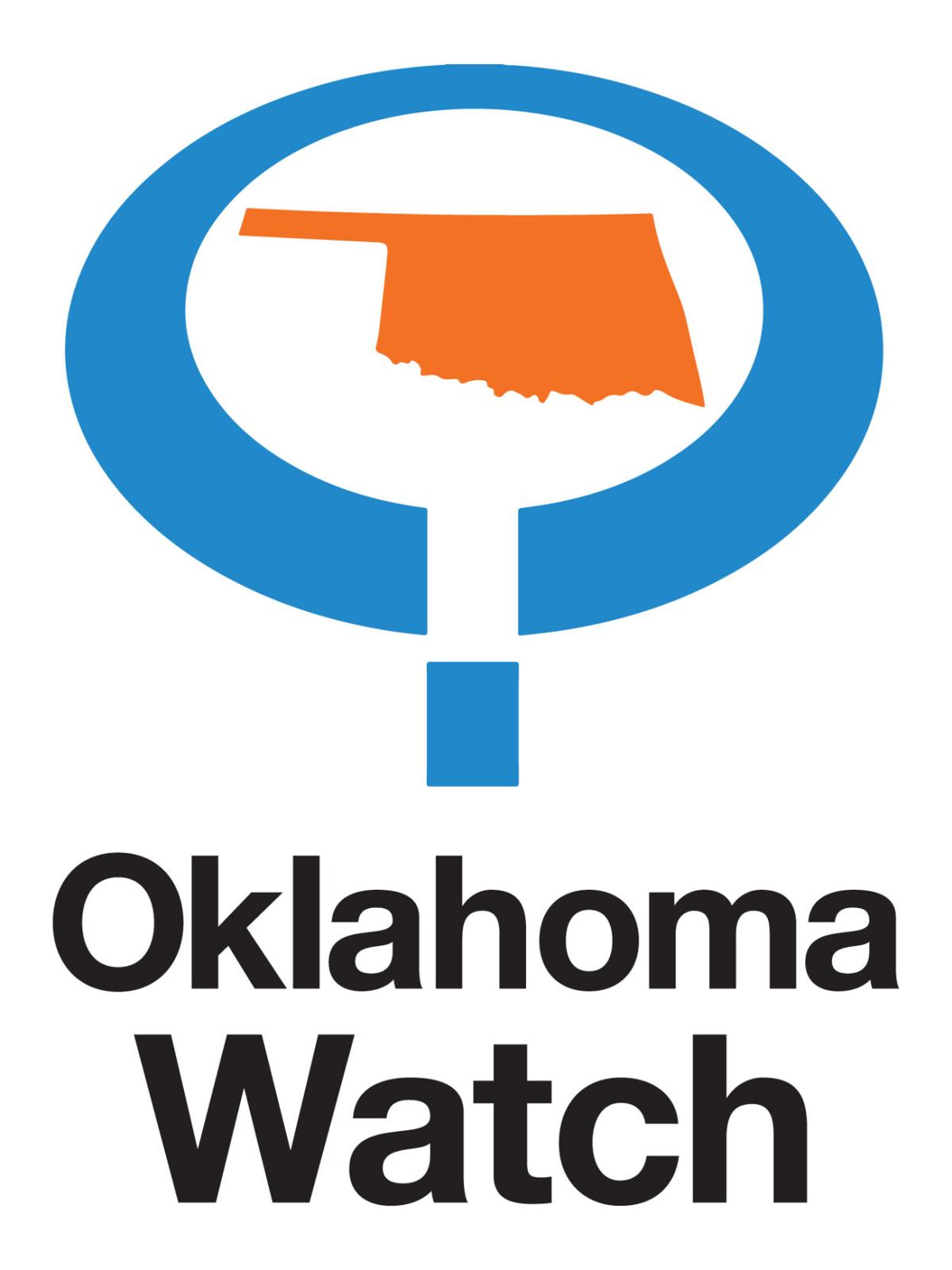 An inmate is seen standing in the mental health ward at Joseph Harp Correctional Center in Lexington in this 2018 file photo.

The highly contagious Omicron variant has arrived in Oklahoma, causing COVID-19 case numbers to surge and renewing concerns that hospitals will become overwhelmed.

State prisons, where many of the incarcerated live in dormitory-style housing units, were hit especially hard with infections and deaths during previous waves of the virus. But unlike many other states, Oklahoma’s correctional facilities have largely been spared from COVID-19 in recent weeks.

The Oklahoma Department of Corrections reported 17 active cases on Jan. 11, with none of the infections requiring hospitalization. An additional 286 prisoners were in isolation or quarantine.

Widespread coronavirus outbreaks emerged in several state prisons in the late summer and early fall of 2020. More than 700 women at the Eddie Warrior Correctional Facility, a women’s prison in Taft, were infected in late August and early September. Weeks later, nearly 900 men at the William S. Key Correctional Center in Fort Supply tested positive. A combined four prisoners at the two facilities died.

More than a year later, vaccinations and previous infections have offered some protection to the high-risk state prison population. As of Jan. 4, 70% of state prisoners were fully vaccinated and approximately 20% have received a booster shot, agency spokesman Josh Ward said. The corrections department stopped reporting staff vaccination and case numbers last spring, stating it could not accurately keep track of employees that were inoculated or tested off-site.

Jaimie Meyer, an infectious disease doctor at the Yale School of Medicine, told The Marshall Project last month that prisons and jails could be faced with “another potential tinderbox scenario” as Omicron spreads.

Corrections officials across the U.S. are once again facing widespread COVID-19 outbreaks among prisoners and severe staffing shortages as workers call in sick. More than 300 prisoners housed at a facility in Wasco, California have tested positive for the virus over the past two weeks. In Connecticut, 600 prisoners are COVID-positive, with about two-thirds of the cases asymptomatic.

Surveillance testing of staff and prisoners may reduce the likelihood of outbreaks emerging in correctional settings, according to the CDC. The public health agency recommends that states test unvaccinated staff and prisoners weekly during times of substantial or high community transmission. As of Jan. 8, 76 of Oklahoma’s 77 counties met that criteria.

The corrections department relaxed most of its pandemic restrictions early last summer, including monthly surveillance testing of staff and prisoners before being transferred or released from custody, and has not reintroduced the protocols. Masks are required for visitors and prisoners in common areas but are optional for staff.

Asked whether the corrections department has implemented any additional pandemic mitigation efforts in response to rising statewide case totals, Ward said the agency is focused on keeping facilities sanitized, promoting mask use and limiting large indoor crowds. He said rapid antigen tests were distributed to all facilities this month to more quickly test symptomatic prisoners.

State and federal health officials have offered a consistent message throughout the latest surge: get vaccinated, and if you’re eligible, get a booster shot.

While the COVID-19 vaccines work well to prevent severe illness and death, their protection against mild to moderate disease fades over time. Pfizer and its partner BioNTech reported last month that the booster shot provides 25 times the protection of the original two-dose vaccine.

Nearly a third of eligible Oklahomans have received a booster shot, the state health department reported last week. In late November and December, several state prison facilities held mass vaccination events and more than 4,400 prisoners received booster shots, Ward said. Prisoners who opted not to get vaccinated during an event may request the shot from prison medical staff at any time.

Vaccinations and booster shots are likely the best defense prisoners have against contracting a moderate or severe case of COVID-19, said Lauren Brinkley-Rubinstein, an associate professor and co-founder of the COVID Prison Project at the University of North Carolina School of Medicine.

As case numbers rise nationally, she said corrections officials should be focused on educating incarcerated people about the vaccine and its effectiveness. Distrust of prison medical staff and concerns about long-term side effects led some state prisoners to decline the vaccine when it was initially offered last spring.

“They may not know it was authorized for everyone, that it’s available to them, and also how important it might be in the context of this new variant,” she said.

Over the past 10 months, the corrections department has displayed information about the vaccine on commonplace televisions and distributed educational flyers to prisoners.

From Colorado to New Jersey, a growing number of state corrections systems are suspending visitation and volunteer access due to rising cases and staffing shortages.

Oklahoma, which has allowed visitors and volunteers inside state prisons since April, has yet to implement similar restrictions. The agency allowed visitation to continue last August and September as the Delta variant caused cases in some facilities to spike. Face coverings are mandated and physical contact is prohibited during visits.

Prolonged lockdowns and quarantines can keep the virus from spreading, but often at the price of prisoners’ mental health. Brinkley-Rubinstein said prison officials should focus on preventative measures, such as mass testing and vaccination campaigns, instead of rushing to reinstate restrictions.

“It seems sideways to begin locking down on things like visitations or other types of programs instead of focusing on more robust testing of the population and more vaccination efforts, all while not really focusing on staff,” she said.

Keaton Ross is a Report for America corps member who covers prison conditions and criminal justice issues for Oklahoma Watch. Contact him at (405) 831-9753 or Kross@Oklahomawatch.org. Follow him on Twitter at @_KeatonRoss