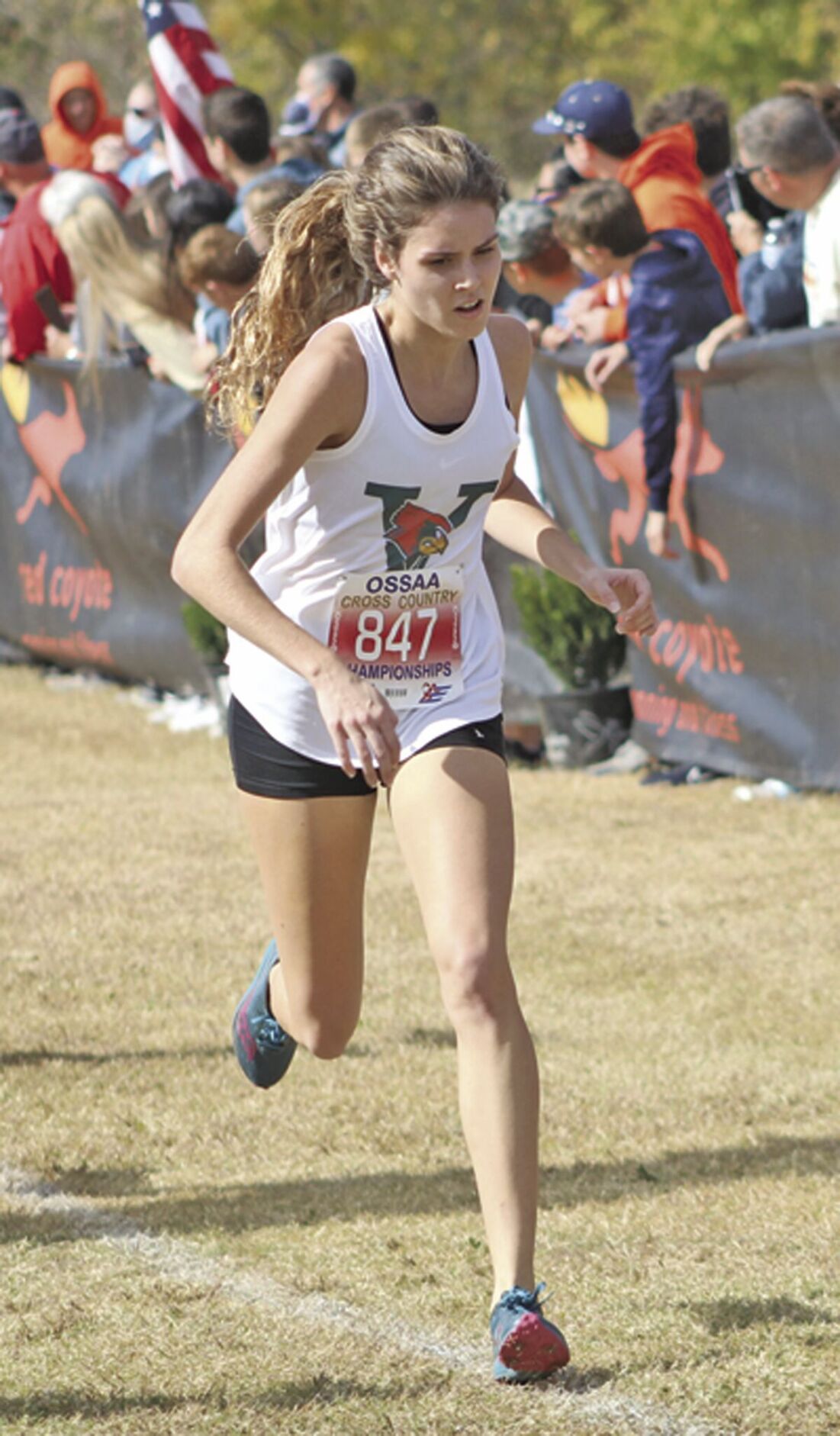 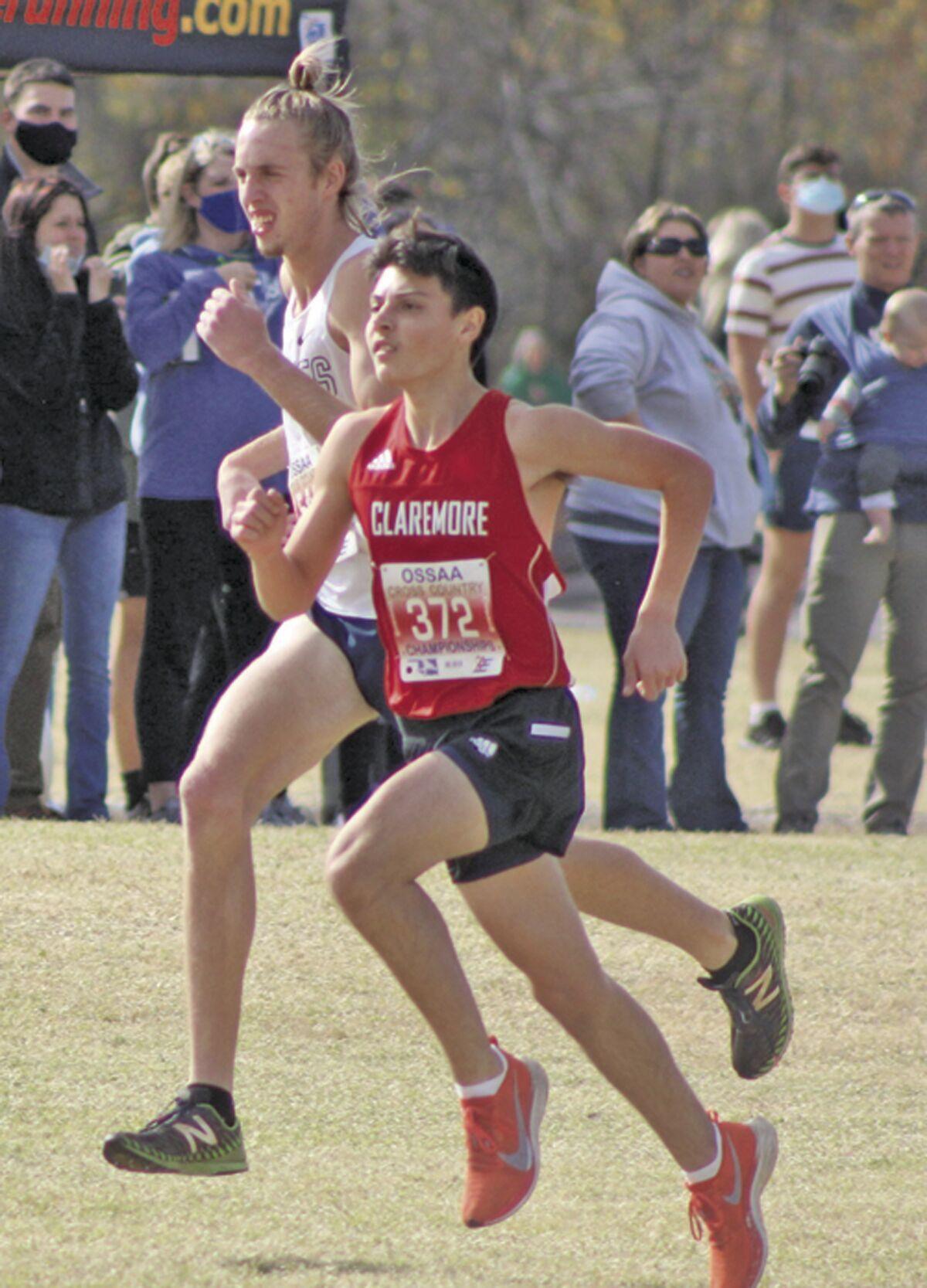 Claremore senior Tyler Douthitt (372) jockeys for position against a runner from Shawnee during the opening moments of the Class 5A 5-kilometer race (3.1 miles) Wednesday morning. 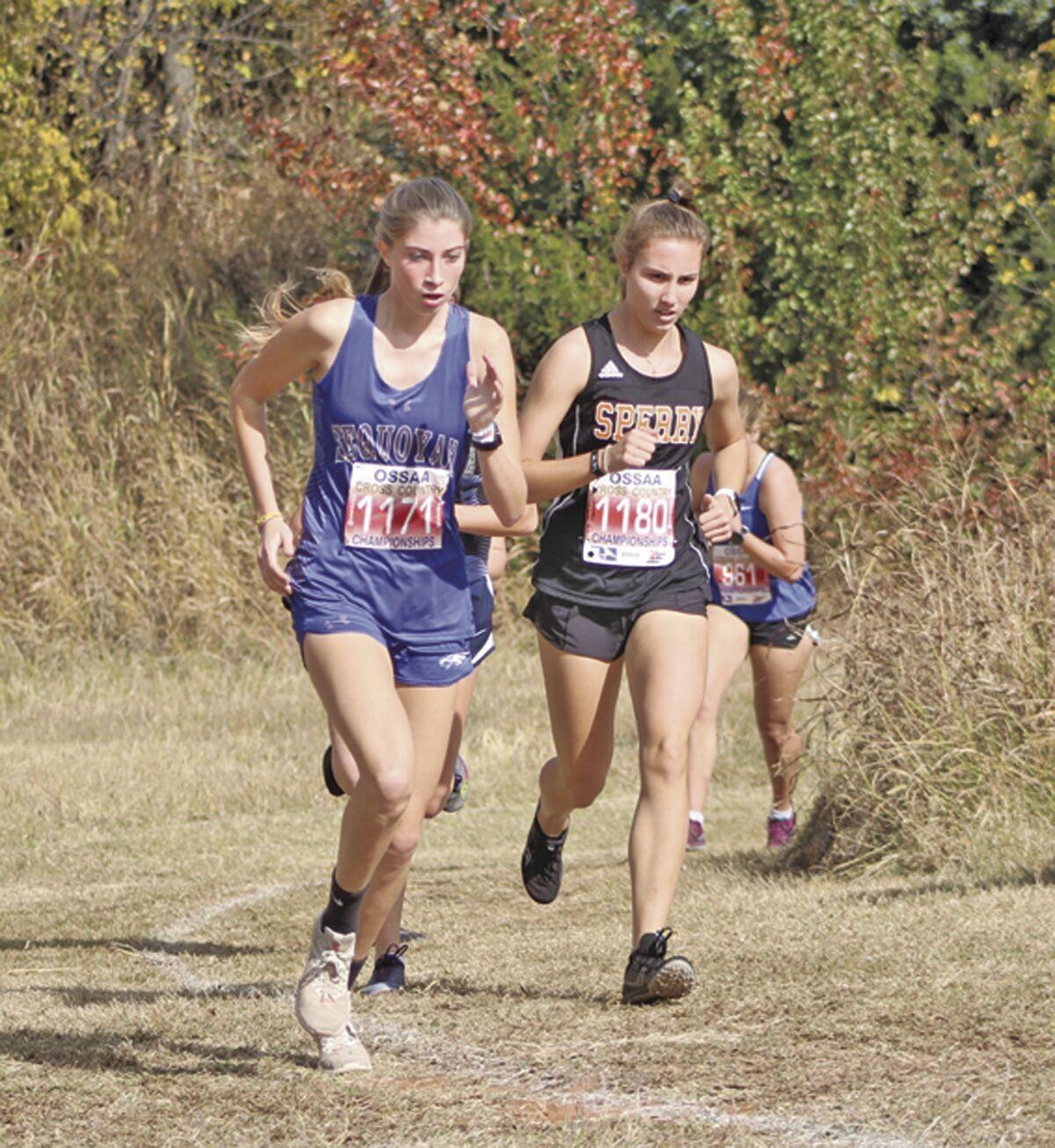 Sequoyah sophomore Hailey McClure (1171) paces herself as she nears the 1-mile mark of the Class 3A girls 2-mile run Wednesday.

Only the top 15 placers of each race are considered for the distinction.

Claremore senior Tyler Douthitt placed 11th of 112 runners in the Class 5A boys 5-kilometer race, clocking in at 16:56.31. Although he was the only Zebra in the race, he gave the program its third consecutive All-State finisher, following in the footsteps of Jack Vincent (2018 & 2019).

Sequoyah sophomore Hailey McClure took 15th of 159 runners in the Class 3A girls 2-mile with a time of 13:13.27, beating out the 16th finisher by six seconds. Last year, she placed 32nd when the Eagles were in Class 4A.