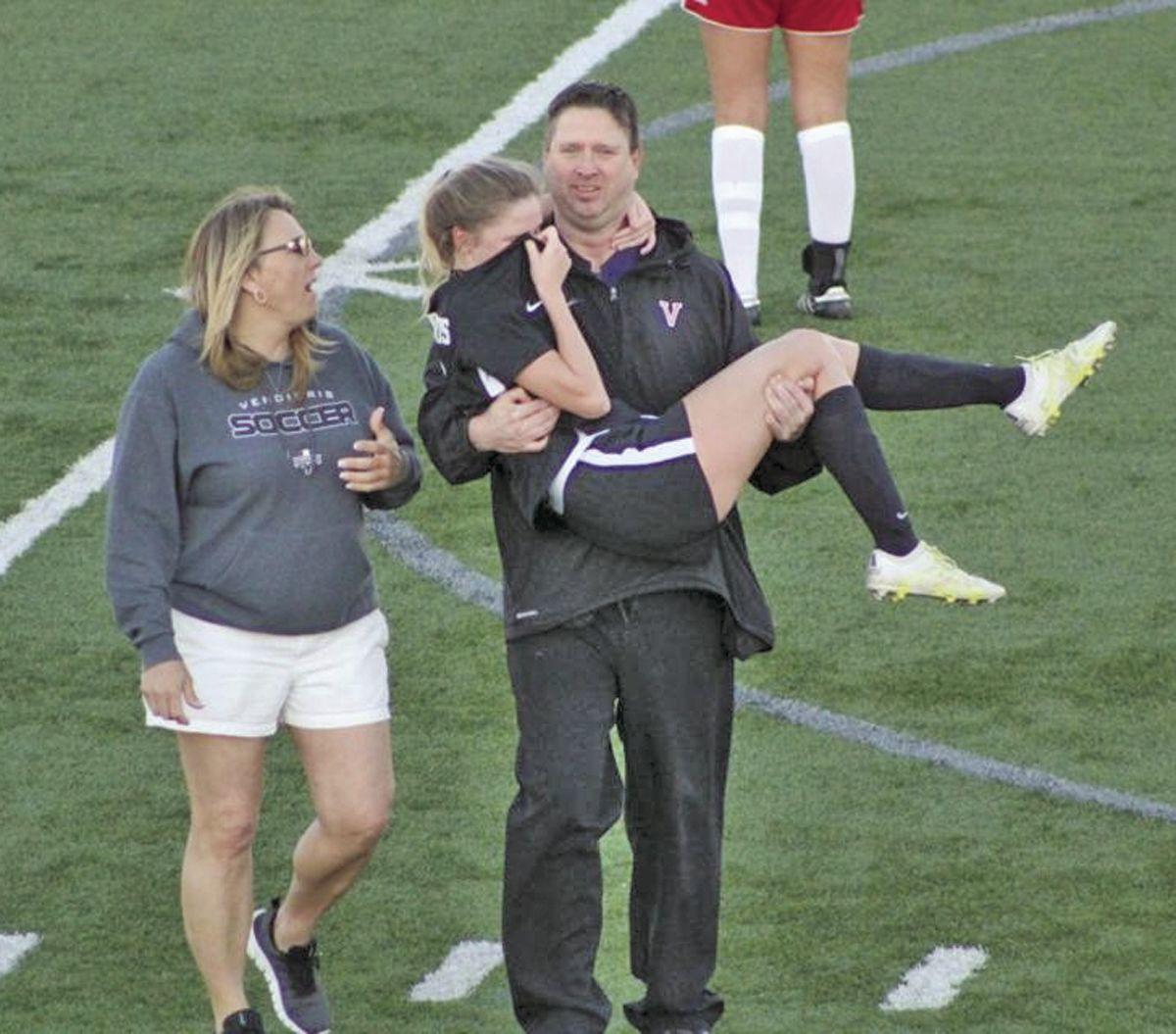 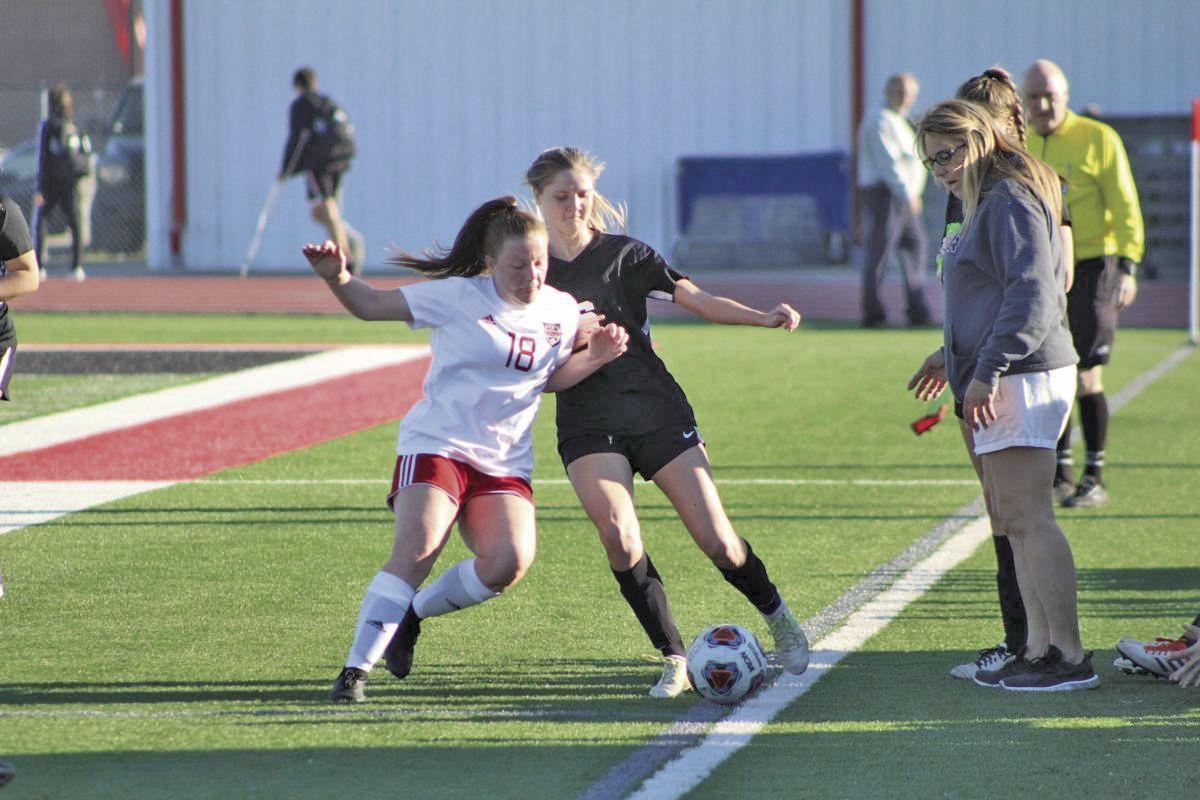 Verdigris senior midfielder Kylee Darden, right, battles to maintain ball possession against Fort Gibson’s Baylor Young during the first half of a game on Tuesday, March 10.

Verdigris senior midfielder Kylee Darden, right, battles to maintain ball possession against Fort Gibson’s Baylor Young during the first half of a game on Tuesday, March 10.

VERDIGRIS — As Mike Darden walked gingerly toward the pitch, he feared the worst.

Just moments prior, his daughter Kylee, a Verdigris senior, collapsed suddenly while chasing the ball during the second half of the Lady Cardinals’ soccer season opener (and finale) against Ft. Gibson on Tuesday, March 10.

The circumstance looked bleak, and he thought her season was over.

“I waited a few seconds because nobody touched her, and that’s kind of scary,” Mike Darden said. “At first I thought she tore her Achilles; that’s what I thought from where I was sitting because nobody was around her. She was just running and went down, and I thought, ‘Oh man, she’s done.’

Kylee Darden had similar doubts as she wallowed in pain on the east side of the field near the Ft. Gibson bench. She couldn’t believe how bad her left leg hurt, but the thought of missing a promising senior year was even more upsetting.

However, she was met with a delightful surprise just as tears began filling her eyes. Her father arrived to assist after making the short trek from the stands.

Although comforted by his presence, she was a little reluctant to accept Mike Darden’s services.

He offered to carry her off the field himself, but she found the idea embarrassing, especially because she didn’t want everyone to see her crying.

Kylee Darden covered her face with her jersey to hide the tears as he hoisted her into his arms and marched her off the field to a round of applause from the crowd.

The injury — a calf sprain — wasn’t as severe as they had initially feared, and though the recovery period was set for only 2-3 weeks, Kylee Darden never got her chance at a triumphant comeback.

Two days later, the COVID-19 coronavirus pandemic ambushed the United States and forced the cancellation of all spring sports.

For some athletes, the promise of a collegiate career is enough of a silver lining in the midst of a pandemic. That isn’t the case for Kylee Darden and her twin sister Kayla.

They both turned down a soccer scholarship to Northeastern Oklahoma A&M College in Miami to instead focus on academics. This was it for them.

And with Verdigris moving down to Class 3A this season after years as a dominant force in 4A, a state championship seemed all but guaranteed.

The state championship game would’ve been played this weekend.

Add that to the list of milestones the COVID-19 coronavirus robbed from seniors like Kylee and Kayla Darden.

“They’re all sad because they thought they were going to win the state championship this year,” Mike Darden said. “They were moved down to 3A this year, so we thought they had a really good chance of winning it. I don’t want to say it was a guarantee, but it didn’t look like anybody could beat us.”

Regardless, a loving gesture from a father to his daughter certainly made for a memorable moment in what ended up being the final game of her athletic career.

It will undoubtedly be something they revisit for years to come.