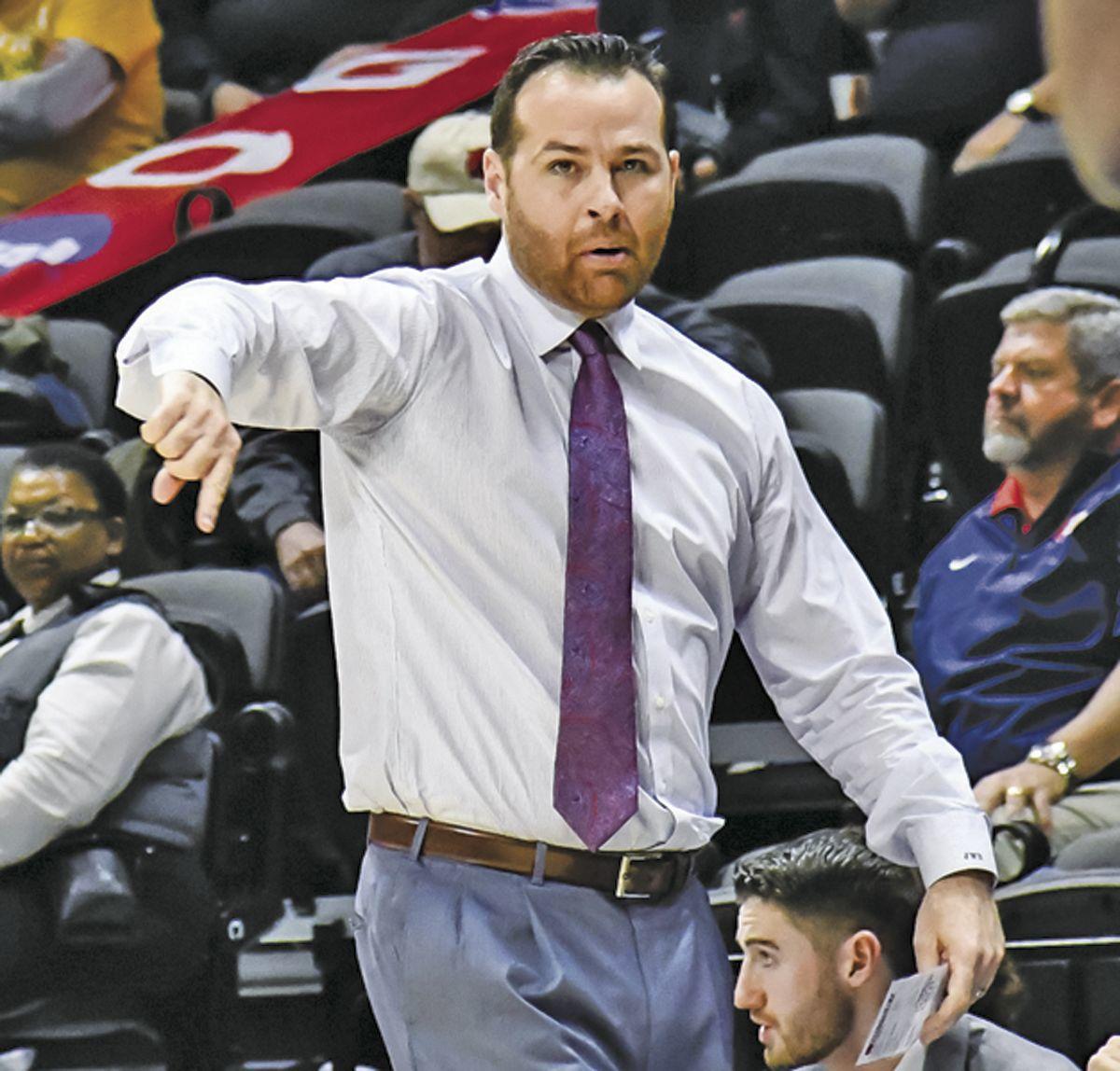 Rogers State men’s basketball coach Justin Barkley has had a healthy mix of in-state and out-of-state recruits over the years, which has helped the Hillcats become the winningest program in Oklahoma over the past decade. 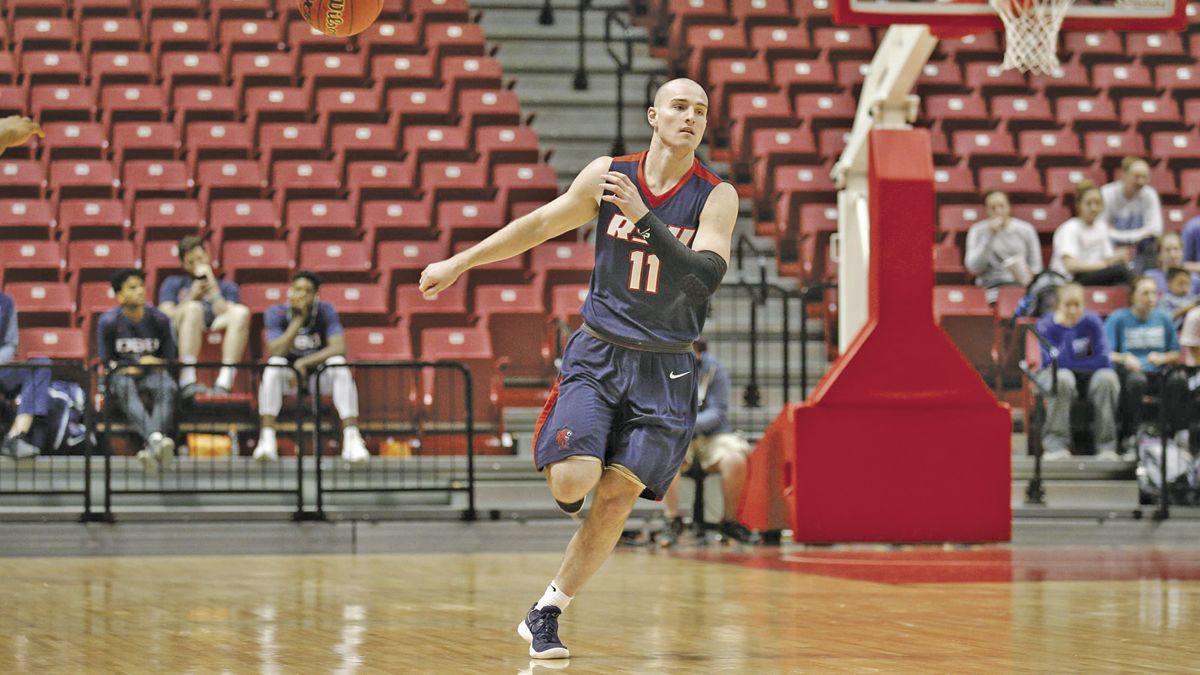 Rogers State senior Brewster Peacock is an example of Justin Barkley’s utilization of local talent. Peacock, a Verdigris alum, has averaged 9.9 points and 4.0 rebounds since joining the program in 2017-18, helping the Hillcats to a 62-29 record during his tenure.

Rogers State men’s basketball coach Justin Barkley has had a healthy mix of in-state and out-of-state recruits over the years, which has helped the Hillcats become the winningest program in Oklahoma over the past decade.

Rogers State senior Brewster Peacock is an example of Justin Barkley’s utilization of local talent. Peacock, a Verdigris alum, has averaged 9.9 points and 4.0 rebounds since joining the program in 2017-18, helping the Hillcats to a 62-29 record during his tenure.

The success of any college athletics team depends on its ability to recruit and maintain talent.

Rogers State men’s basketball is the quintessential of that, for it leads all 172 college teams in Oklahoma with 207 wins over the past decade. Not even the state’s four Division I schools — Oklahoma, Oklahoma State, Tulsa and Oral Roberts — can match the Hillcats’ continued prosperity on the hardwood.

The Hillcats are coming off a historic 2019-20 campaign in which they finished ranked 18th in the country with a 24-6 record, earning the program’s first NCAA Division II Tournament berth in school history along the way.

RSU has won at least 20 games in seven of 10 seasons under Barkley, and it all comes back to recruiting within the region as well as the far reaches of the country.

“I have to give a lot of credit to our administration and our president here at Rogers State,” Barkley said. “They’ve allowed us to have success by funding it properly and giving us the resources that we need to compete and recruit at a high level. It’s been exciting to see the thing really grow from the ground up. This is like my baby, and I’ve been here long enough to watch it blossom into not only a local brand, but now we’re starting to turn into a regional and national brand at our level. We’re able to recruit from the East Coast to the West Coast, and it’s an attractive destination for a lot of student-athletes. That wouldn’t have happened if there weren’t some really good players who took a chance on Rogers State early on as we were growing this product.

“Winning is going to attract anybody. When you do the things we’ve done, all of a sudden you’re able to get in the mix pretty quickly with some recruits.”

Maintaining the momentum brought by each departing class is no easy task, but Barkley and his staff manages it so well because of their local mindset.

Using connections developed with the assistance of his father, legendary Inola coach Clyde Barkley, Barkley has been able to consistently sign and develop high-caliber talent from Oklahoma.

Just last year, the Hillcats signed Kingfisher’s Jett Sternberger, the 2019 Mr. Basketball Oklahoma award winner, and seven of the 13 players on the 2019-20 roster hailed from the Sooner State.

Five of those were from the northeast region, including Brewster Peacock of Verdigris.

“It’s important to me to have a great nucleus of Oklahoma kids in our program,” Barkley said. “That’s not always the case when you look around at some of the small colleges. I’m very proud of our rosters. We’ve tried to have at least over half of our roster be kids from Oklahoma. That has been a staple since Day 1, and we will not go away from that. No offense to out-of-state kids, but I think it’s important we get some homegrown kids. We do sprinkle in some guys from different states, and that’s the beauty of small-college athletics or college athletics in general. We come from all different backgrounds — we’re one big family from small towns, big cities and maybe even a different country.

“That’s one thing I took from my playing days and wanted to implement here at Rogers State.”

Barkley and company landed six new faces for next season, five of which are coming from beyond Oklahoma borders. Anfernee Nelson of Jenks was the only in-state signee.

RSU will have a large out-of-state presence as a result, featuring players from Florida, Illinois, Kansas, Mississippi and Texas.

Oklahoma representation (4) will be at its lowest since the program’s inception in 2007. The Hillcats have averaged just under seven in-state players per year through its 13-season history.

That isn’t necessarily a negative, though.

An increase in out-of-state talent means the RSU brand is growing, and with a larger pool of players to pull from, the Hillcats are less likely to experience a down period or a massive rebuild.

“My staff has done a great job of identifying kids who fit our culture, and it’s been our ability to work the phones and network,” Barkley said. “Once you find some names and you kind of start doing some digging, it’s just about being very persistent in working the phones and having relationships outside of just our region. I get that question asked a lot: ‘How did you land a kid from New York City to come to Claremore?’ My staff comes from different areas, and we have different strengths in different regions of the United States.