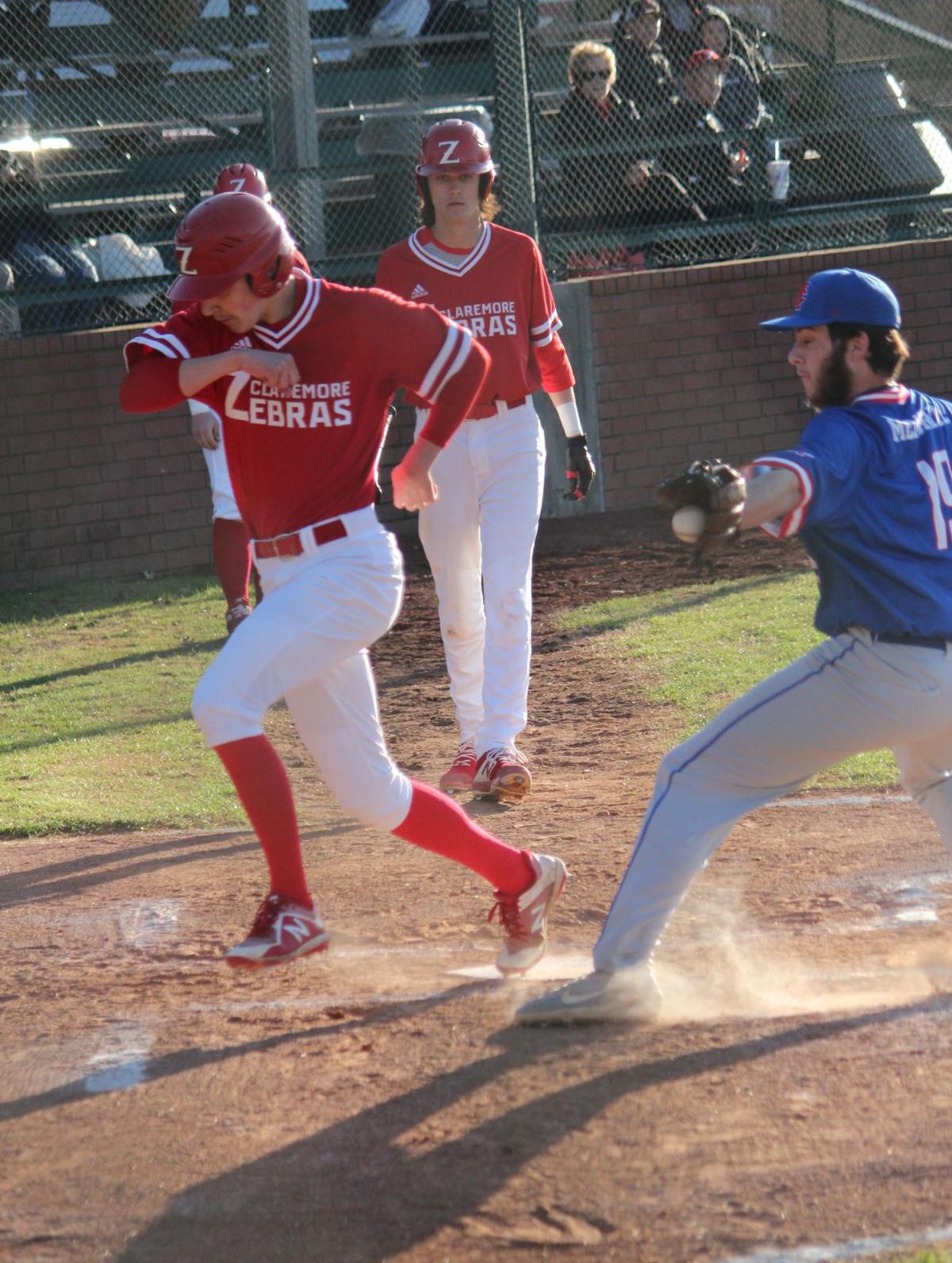 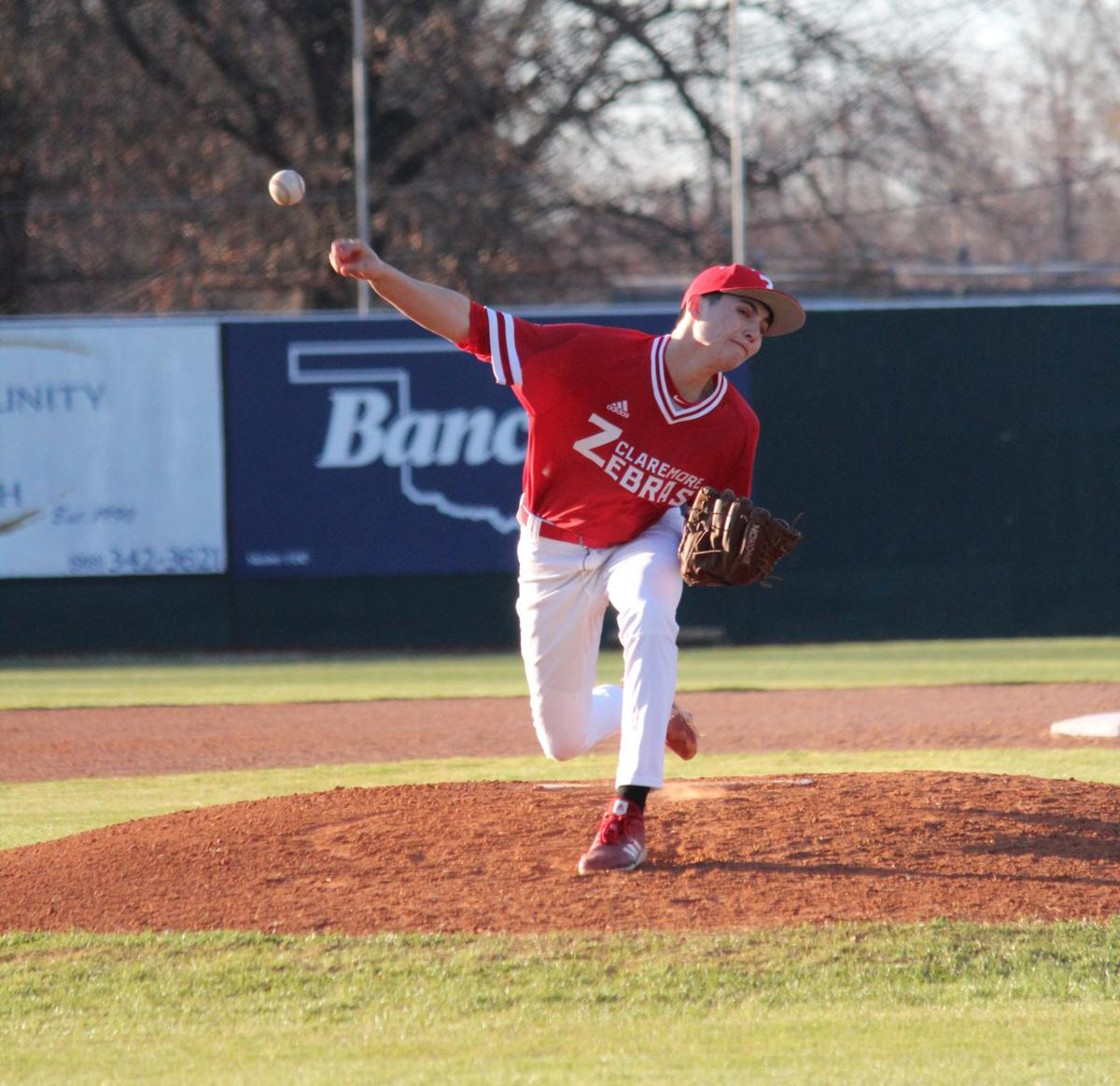 As season openers go, it would be difficult to top Claremore’s first action on the diamond Thursday afternoon.

With Zebras starter Dasen Tilley retiring the side in order—all on strikeouts— in the top of the first inning followed by the first seven Claremore hitters reaching base during a five-run first inning, the home team was well on its way to an 11-2 run-rule victory in five innings against Tulsa Memorial at legendary American Legion Park.

“We were excited to to get on the field and finally get some good weather,” coach Jim Sherl said about the non-district game played in warm and sunny conditions.

Tilley hurled the first three innings, allowing four hits and both runs by the Chargers (0-3) while striking out six.

Noah Smallwood then took over for Tilley and finished the game with two hitless innings of relief. He fanned three.

“We ask our pitchers to go up there and throw strikes and let them guys put it in play, and I thought they did that,” Sherl said.

Tilley and Smallwood had plenty of support as the Zebras bats erupted for 10 hits while rolling to a 9-0 lead after just two innings.

“Dasen Tilley and Noah Smallwood. They are probably our aces, if you would call them that,” said Trevor Janzen, who had a firsthand look of Tilley and Smallwood while behind the plate for Claremore on Thursday.

“I am looking forward to the season with them,” the catcher added.

Janzen, one of two seniors in the starting lineup against the Chargers, drove in two runs with a double in the team’s four-run second inning along with a single to score the team’s final run of the game in the third inning.

“It was a great way to get the season started,” Janzen said after his two-hit day. “Everyone’s first game is usually pretty nerve-racking and everyone has to shake off the rust and get back into things.”

Besides Janzen, Brooks Sherl and Ethan Grimett each had two hits for Claremore (1-0), with Brooks Sherl reaching base three times and scoring on each occasion.

Grimett also reached base three times, scored twice and had a two-run single to knock in the Zebras first two runs of the season in the first inning.

Gannon Sherl drove in a pair of runs via a single during Claremore’s five-run opening inning and a sacrifice fly to cap the second frame.

Blake Stone, the Zebras’ other starting senior against the Chargers, added an RBI double.

“Always opening the season you are scared, and your guys are going to be amped up trying to do too much,” coach Sherl said.

“I was really proud of them. We were finding good pitches, putting good swings on pitches and putting the ball in play. I thought we hit it hard. We hit it where they weren’t, and good things happened.”

The Zebras return to action Friday in the first day of the two-day Claremore Festival at Legion Park.