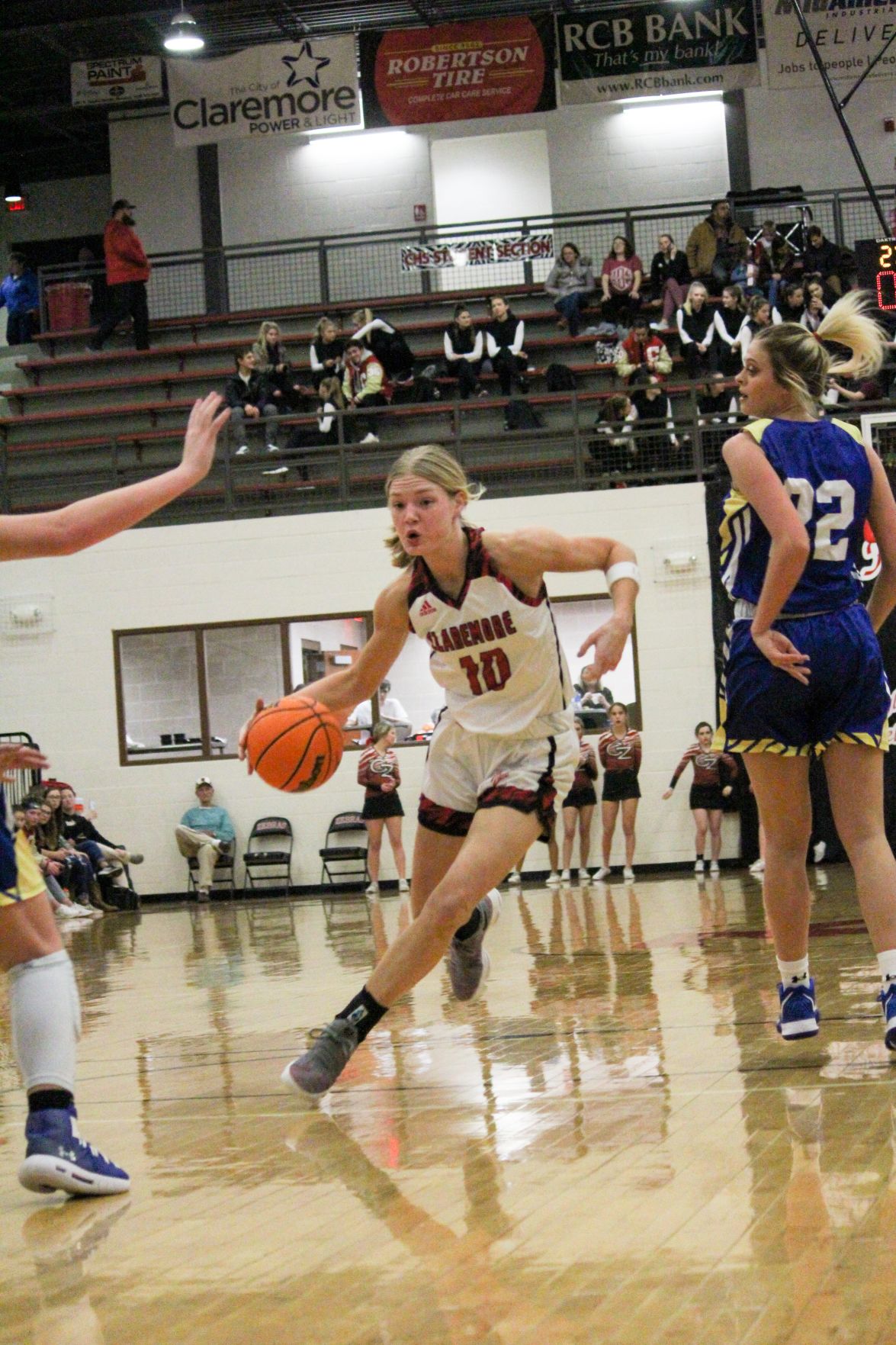 Claremore senior Hailey Grant (10) drives into the paint against Pryor on Tuesday, Jan. 28. 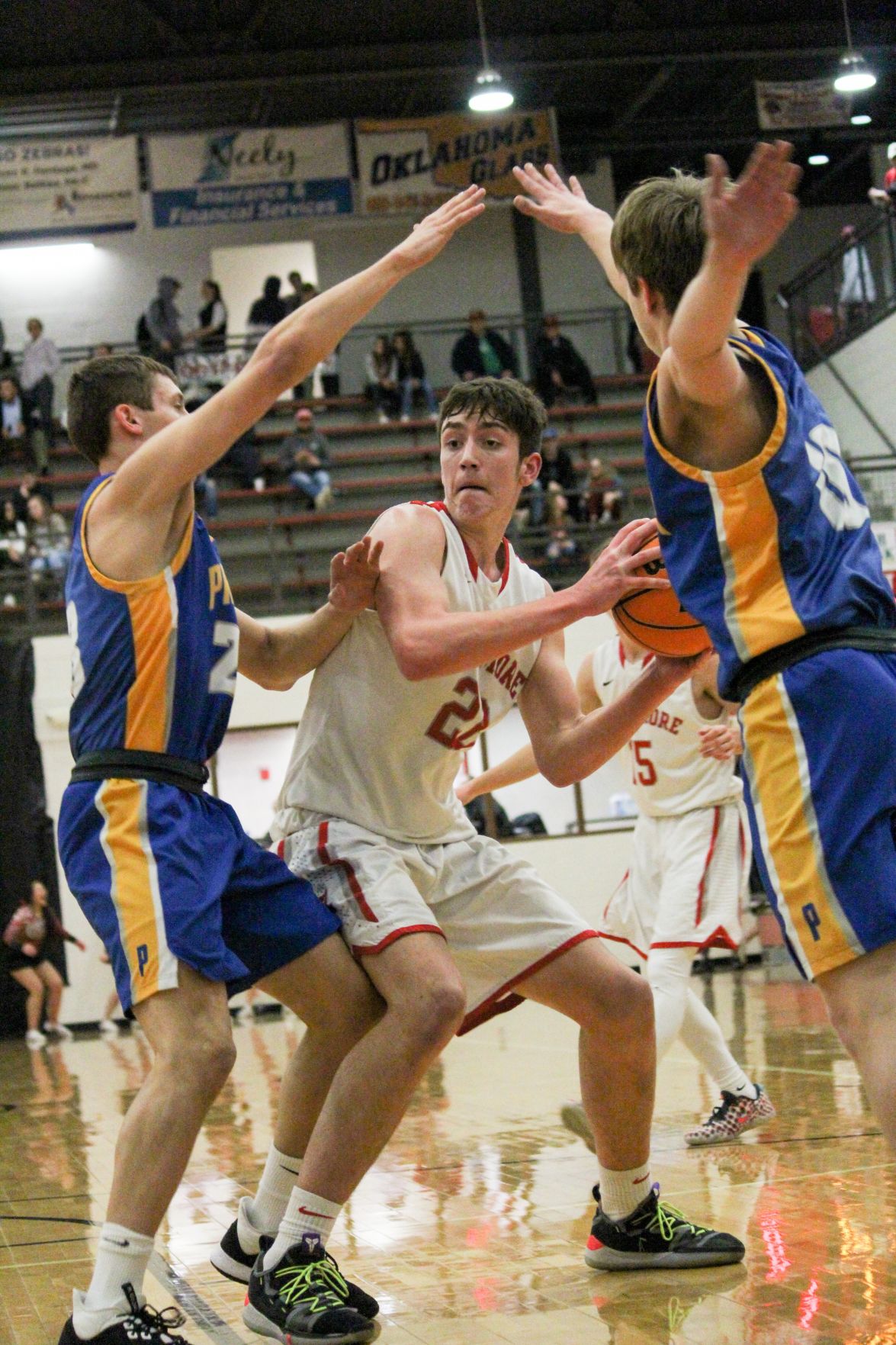 Claremore junior Nate Potts (22) looks for an open teammate during a game against Pryor on Tuesday, Jan. 28.

Claremore senior Hailey Grant (10) drives into the paint against Pryor on Tuesday, Jan. 28.

Claremore junior Nate Potts (22) looks for an open teammate during a game against Pryor on Tuesday, Jan. 28.

GLENPOOL — Hailey Grant was on a mission to decimate Glenpool.

The senior managed only 2 points in the first quarter but couldn’t be stopped after that, finishing with 36 points while leading the Lady Zebras to their third-straight win in a 64-49 decision Friday night.

The Lady Warriors (1-15) outscored Claremore 41-30 in the second half, but the game was already out of reach. Grant added 20 more points in the final 16 minutes, including 12 of the Lady Zebras’ 15 in the fourth frame.

Cloe Dennis was the next leading scorer for Claremore with 9 points.

S. Cumiminos scored 12 of her 16 points in the second half to lead Glenpool.

In boys action, a slow second quarter ultimately led Claremore to a 64-61 defeat, its sixth-straight loss.

As a result, not even a 17-point effort from Nate Potts in the second half could overcome the difference. The junior led all scorers with 27 points.

Caison Hartloff tallied 8 points in the fourth quarter to join Potts in double figures with 12 points.

The Warriors (5-12) had three such scorers, led by Jimauri Bradford with 17 points. Isacc Tiger and Grayden Baker added 14 and 13 points, respectively.

Both Claremore squads return to action today at Collinsville, beginning with the girls game at 6 p.m. The boys follow at 7:30 p.m.