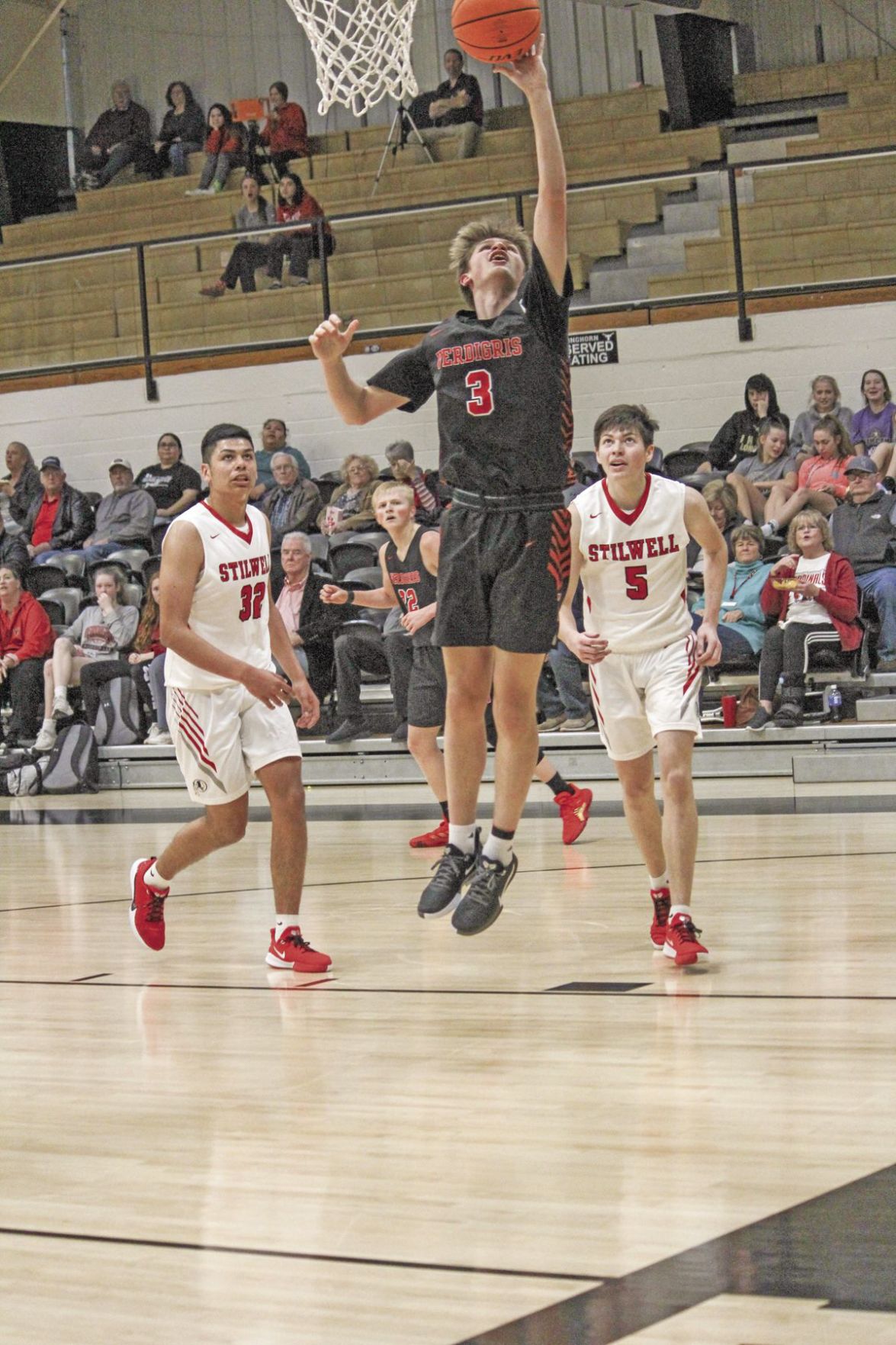 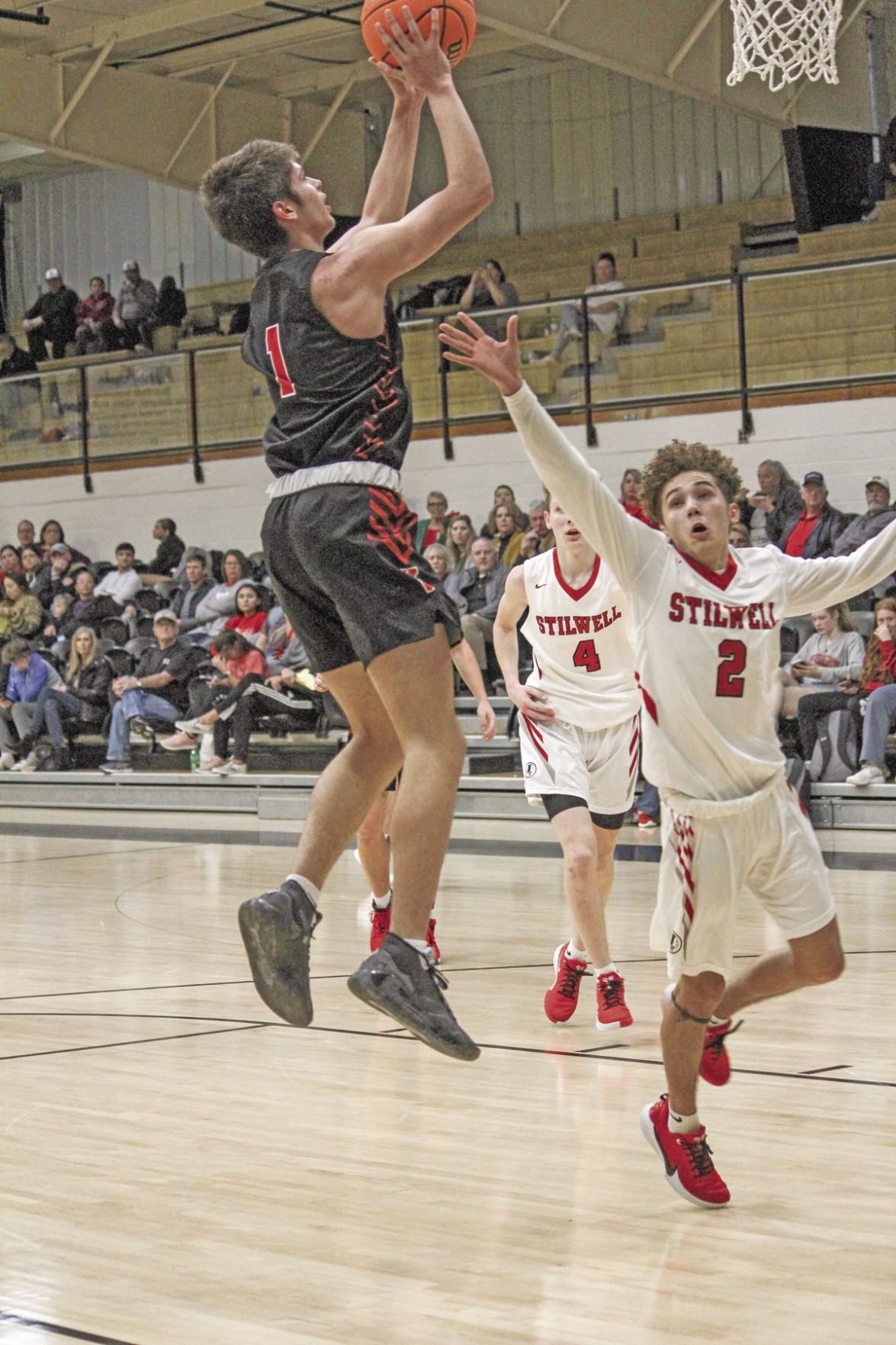 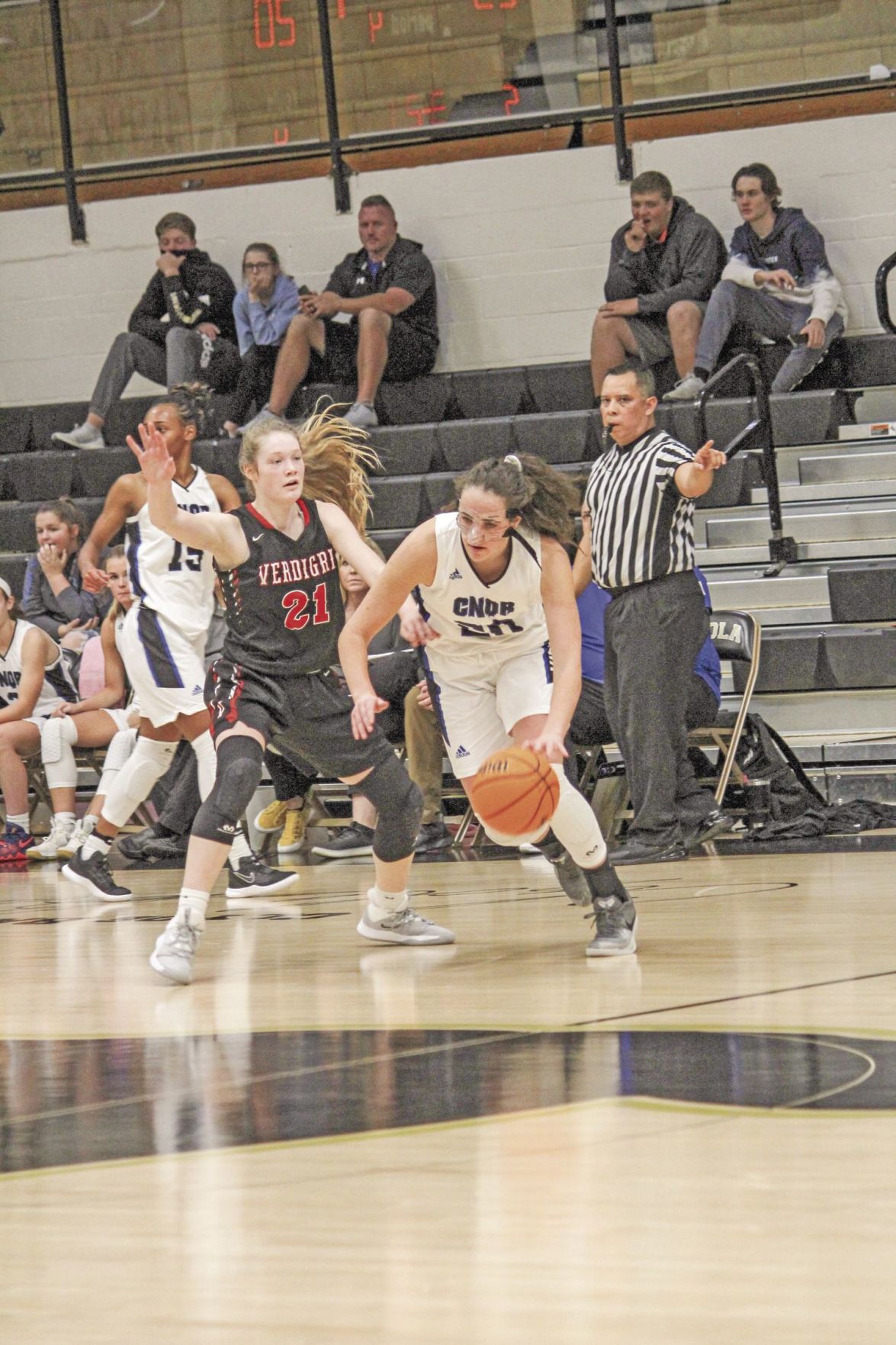 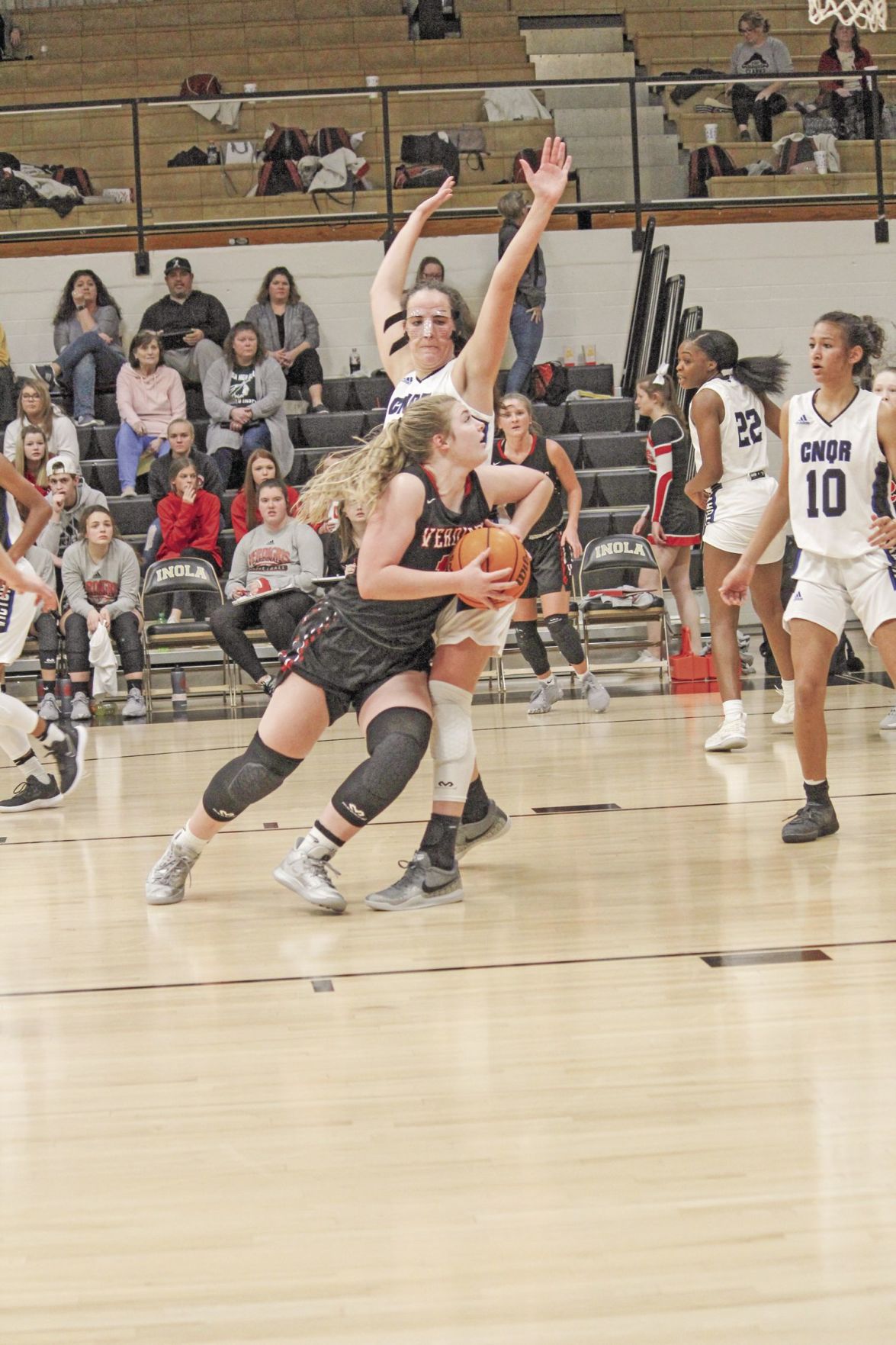 INOLA — The chemistry between Trent and Tyler Haddock has been a refreshing sight for Verdigris coach Chris Houk this season.

That was certainly the case again on Thursday night, for the brotherly duo combined for 37 points and 14 rebounds in a 58-47 win over Stilwell in the Jerry Oquin Tournament semifinals at the Inola Indoor Sports Arena.

Siloam Springs defeated Class 5A No. 8 Pryor, 74-64, in Thursday’s semifinals.

Tyler Haddock led all scorers with 23 points and nine rebounds, and his brother Trent tallied 14 points and five rebounds.

“They’re both great players and great kids,” Houk said of the Haddocks. “I love being able to be a part of a brother duo, seeing them play together. They are both on fire right now, and it’s good to see and fun to be part of.”

Verdigris carried a 35-23 lead into halftime thanks to 27 points from the Haddocks, but the Indians (1-1) made a strong second-half push to make things interesting.

Gavin Pritchett, Jorge Bautista and Cayden Lee opened the third quarter with a 9-0 run, bringing Stilwell within three at 35-32.

However, much like the first round against Victory Christian, the Cardinals bowed up and outscored the Indians 23-15 the rest of the way.

“Basketball is a game of runs, and we were able to hold them off and make our own run,” Houk said. “You have to overcome those laws, and this team this year has been able to do that.”

Bautista and Pritchett, both 6-foot-5 or taller, caused problems in the paint for Verdigris, snagging nine offensive rebounds and 26 total.

Bautista recorded 16 points and 16 boards, while Pritchett finished with 10 rebounds and 6 points.

“We knew that was going to be a problem, and that’s why we played behind them and hoped to block them out,” Houk said. “We know that’s not going to happen every time, but we did a good enough job to win a ballgame.”

Regardless of how often they tried, the Lady Cardinals couldn’t get the ball to Morgan Borgstadt.

That worked out swimmingly for Class 4A No. 6 Victory Christian, which held the freshman sensation to 4 points in a 33-24 win in the Jerry Oquin Tournament semifinals.

Borgstadt entered the contest as Verdigris’ leading scorer, averaging 15 points per game. She was held to only one field goal on Thursday night.

Lady Cardinals coach Mike Buntin said his team’s offense sputtered as a result. Verdigris was held to three points in the first quarter, managing only nine total in the first half.

“They started denying Morgan the basketball, and we couldn’t get anything going offensively,” Buntin said. “They took us out of what we were trying to do. They’re extremely athletic and very physical. Those two guards up top—(Rachel Carlis and Jessa Gilyard)—are just tenacious. We were trying to run a ball screen for (Borgstadt) just so we could get some separation, and we couldn’t get it to her.

“I’m a little disappointed that we were able to get completely out of our offense despite our upperclassmen leadership.”

With the offense struggling, the Lady Cardinals’ defense picked up the intensity.

The Lady Conquerors (2-1) tallied 13 points in the first quarter but were held to only 21 points total in the remaining three frames.

Their leading scorers, Ruthie Udoumoh and Gilyard, were held to only seven points combined in the second half after tallying 17 in the first.

Verdigris (3-1) forced eight fourth-quarter turnovers and 20 overall, but the early 10-point deficit was simply too much to overcome.

A Lexy Borgstadt 3-pointer brought the Lady Cardinals within four at 24-20 early in the fourth, but Victory Christian scored nine of the final 13 points to seal the victory.

“We felt we could put some pressure on them, and they did get kind of sped up and force some things,” Buntin said. “We just didn’t come out early. It seemed we got tentative and timid, and it got us in a hole.

“You can’t put yourself in that kind of position against a state tournament or state champion-type team.”