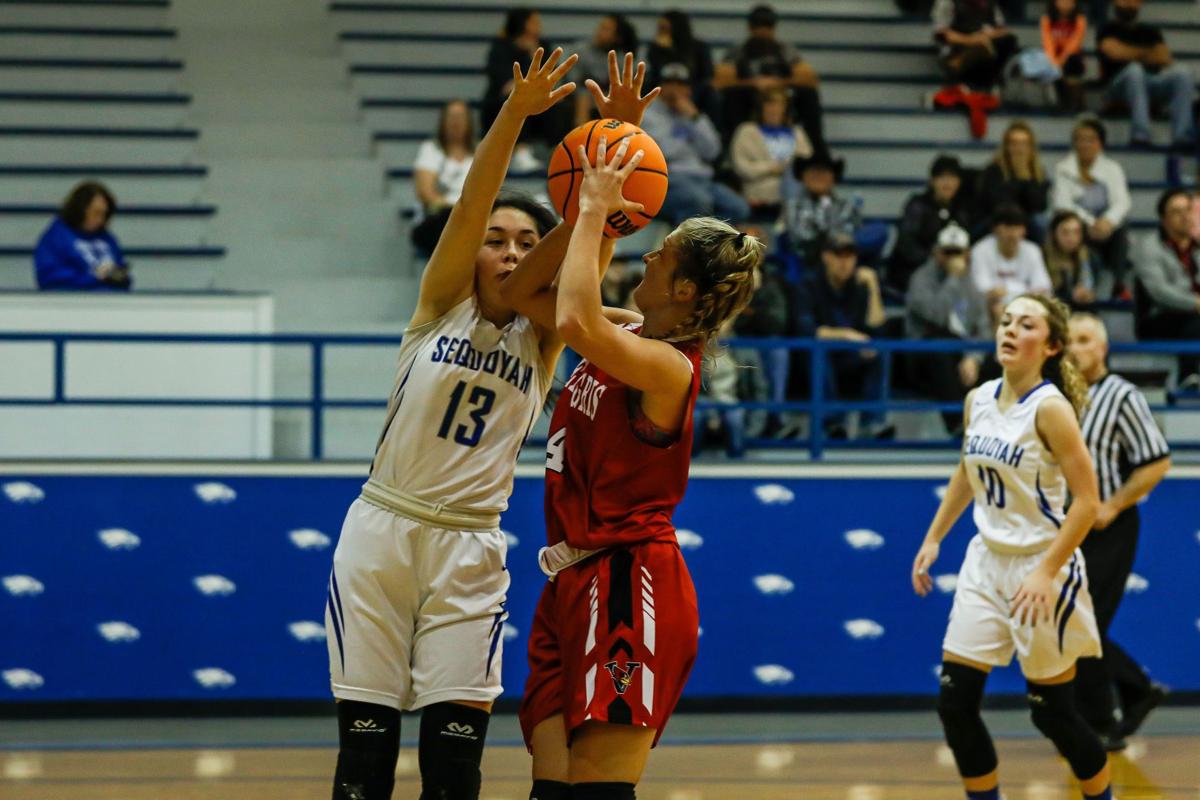 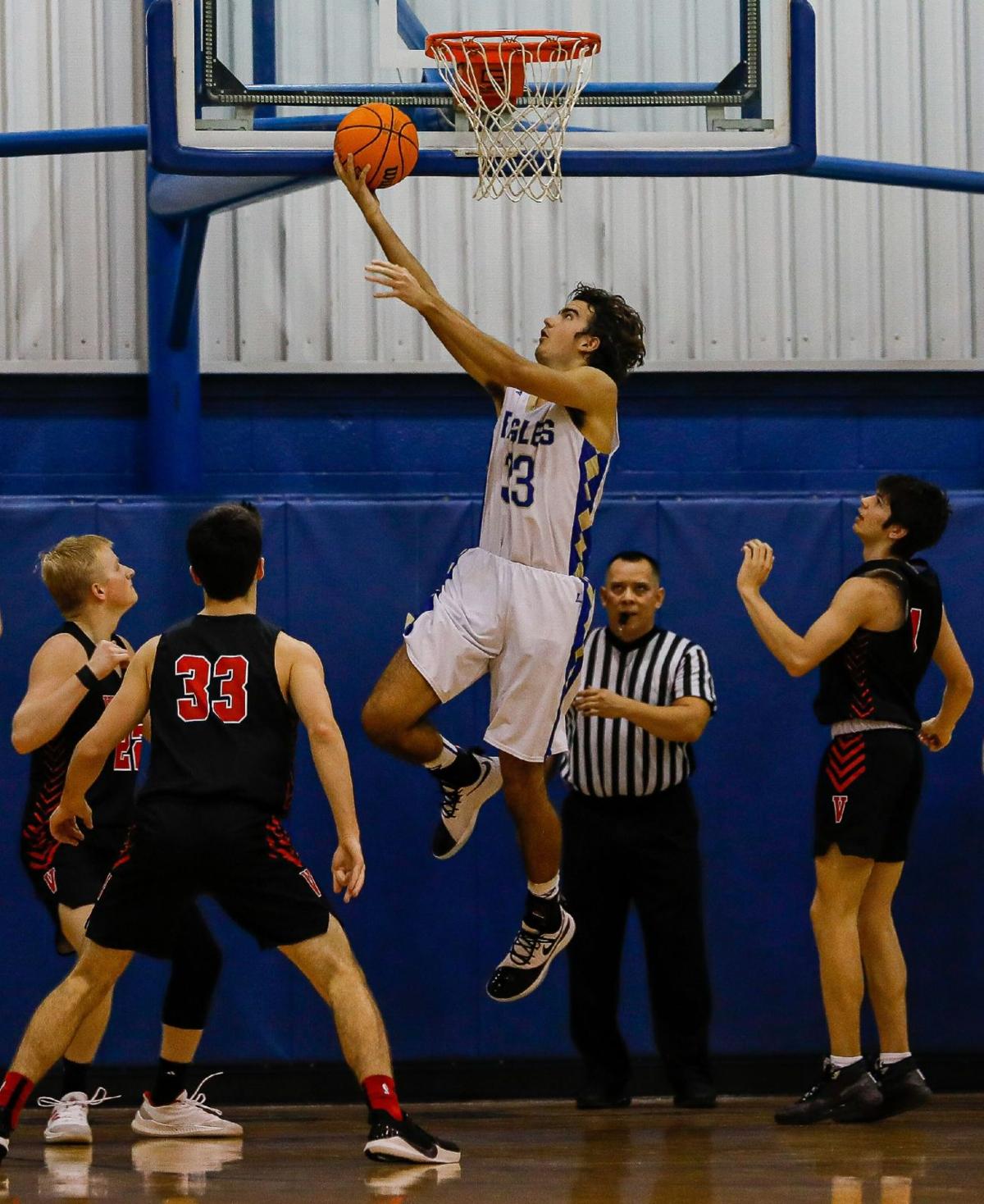 PRYOR — Sequoyah girls basketball finally picked up that elusive win, and just about everyone got in on the act.

Seven players scored as the Lady Eagles defeated Ketchum 55-45 in the seventh-place game of the Red Crown Credit Union Pryor Invitational at the Burdick Center on Saturday morning. Six managed 4 points or more.

The win ended a five-game losing streak for Sequoyah (3-10).

“We needed one, for sure,” Lady Eagles coach Richie Burks said. “We had a rough stretch and played some very talented teams.”

Sidney Roland, Abby Pennington and Kyra Crenshaw—all sophomores—normally handle the scoring load for Sequoyah, but the duo of sophomore Kennedy Cloud and freshman Hailey McClure took over some of those duties this time around.

Cloud led all scorers with 13 points, including three 3-pointers. Her deep ball to open the second half gave the Lady Eagles a double-digit lead (27-17) they wouldn’t surrender, contributing to a 29-9 run. She also grabbed 3 rebounds.

McClure came alive during that stretch as well, scoring 9 of her 11 points in the third period to go along with 4 rebounds.

“I was really excited for both of them because they’ve been struggling a little bit scoring,” Burks said. “Both of them can score, and that helps us a lot. We had (seven) kids score today, and it wasn’t just 2 points; it was multiple points. It always makes it harder on the defense when they have to guard five of them instead of two or three.”

Crenshaw ignited the spurt, though, ending an 11-0 run that saw the Lady Warriors (4-11) take advantage of seven second-quarter Sequoyah turnovers to tie things at 17.

The Lady Eagles didn’t score in the second period until the 2:06 mark, but it was Crenshaw’s free throw that ended the drought and subsequently awoke her team’s struggling offense.

She finished with 12 points and led Sequoyah on the boards with 7 rebounds.

“She gets so many steals and deflections, and the deflections are a stat that’s big to me because that disrupts the flow of the offense,” Burks said. “She does a lot of things for us. We ask her to rebound the ball, we ask her to score it and we ask her to guard their best player, so she’s got a lot on her plate.”

The Lady Eagles cap their four-game roadtrip at 6 p.m. Tuesday when they travel to Salina.

Sequoyah suffered through its second lackluster shooting performance in three games, managing only 1 point in the first quarter on the way to a 37-27 loss to Sallisaw in the consolation final of the Red Crown Credit Union Pryor Invitational.

The Eagles (7-6) trailed 7-1 after eight minutes, and despite not making a field goal until a Cooper Thompson 3-ball midway through the second period, they were well within striking distance (12-11) at halftime thanks to a 7-0 run led by 6-foot-5 senior Dakota Page.

Even after three quarters, Sequoyah’s deficit was only 22-20 thanks to some stellar defense.

McDaniel, who grabbed a game-high 9 rebounds, scored all 9 of his points in the fourth period, going 5-of-7 at the free-throw line. He opened the frame with five-straight points, including a three-point play to push the Black Diamonds’ advantage to 27-20.

The Eagles also struggled from the free-throw line, shooting a mere 6-of-14. Sallisaw (8-7) had similar struggles, finishing 7-of-16.