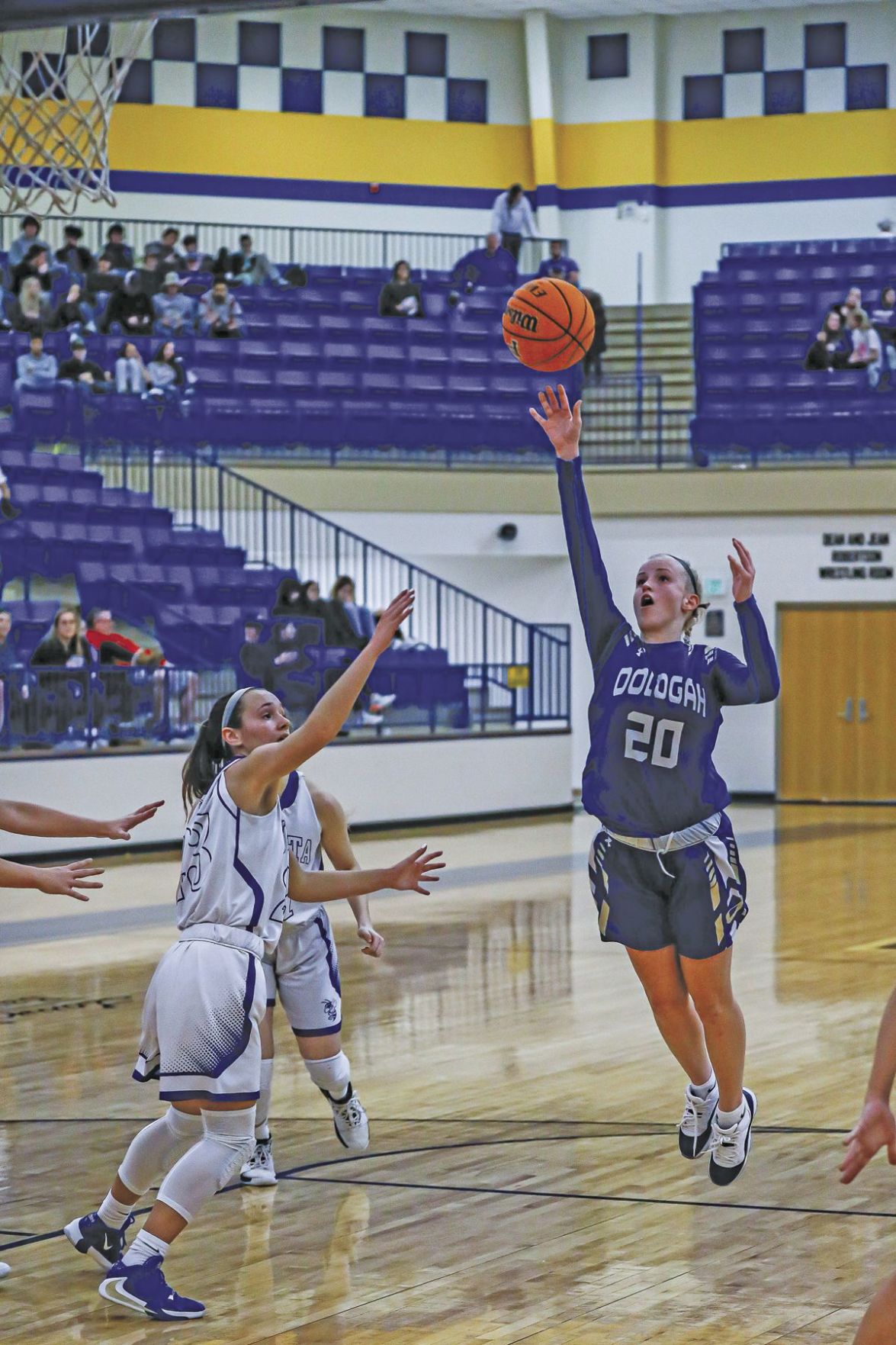 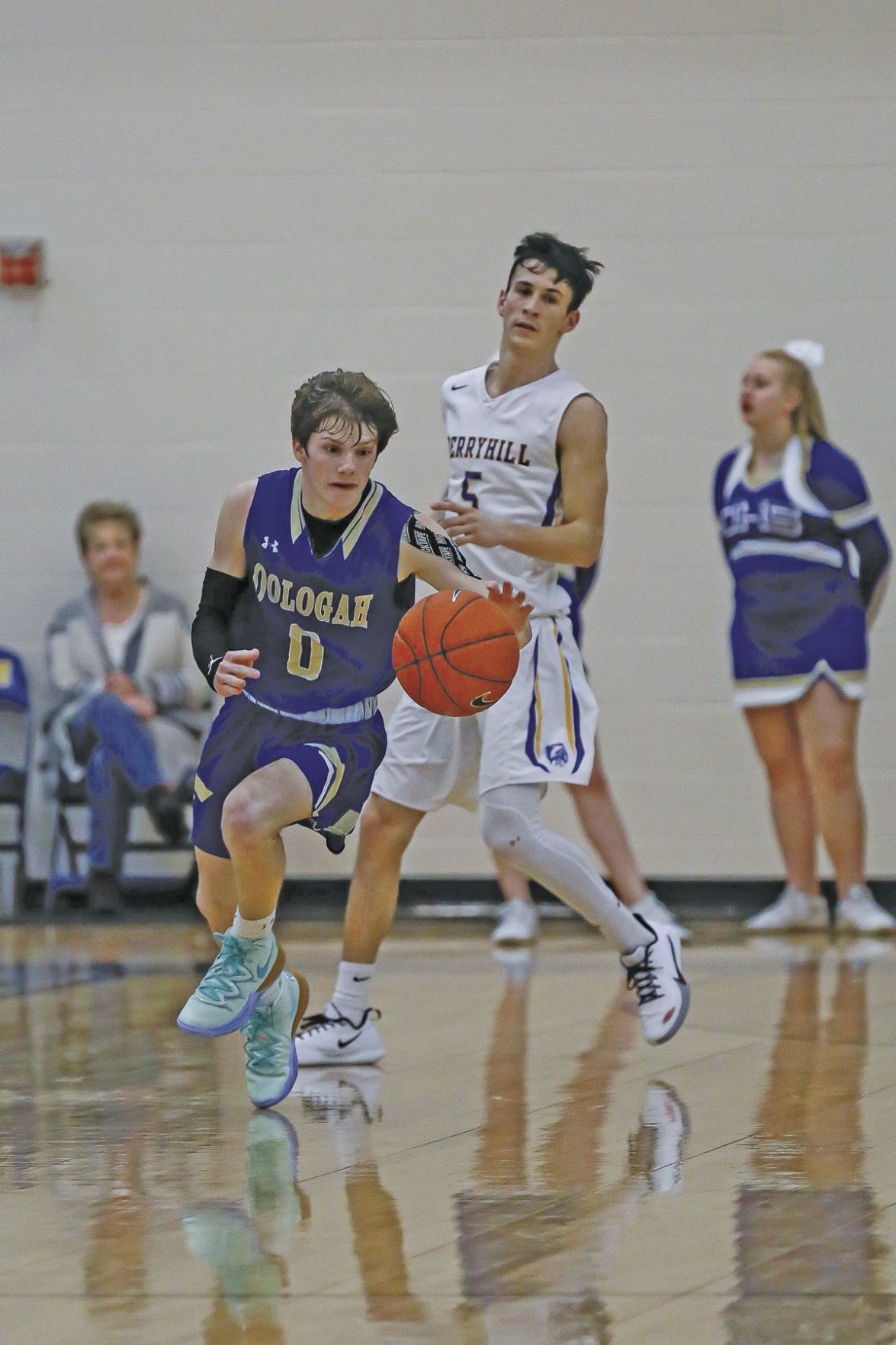 Oologah senior Konnor Davis (0) sprints down the court during the fourth quarter of the Red Crown Credit Union Pryor Invitational championship against Berryhill.

Oologah senior Konnor Davis (0) sprints down the court during the fourth quarter of the Red Crown Credit Union Pryor Invitational championship against Berryhill.

OOLOGAH — After breaking their 15-game losing streak to Vinita this past weekend in the Pryor Invitational, the Lady Mustangs had to turn around and try to do it again on Tuesday night.

Now that the streak was broken, Oologah girls basketball coach Doug Winters was hopeful that something like that would never happen to his team again as long as he was at Oologah.

The Lady Mustangs (12-5) were playing behind for the majority of Tuesday night’s game when Karly Wadsworth willed her team to take the lead in the fourth quarter.

However, some late-game heroics from eighth-ranked Vinita’s shooting gave the Lady Hornets the lead at the end of the game and the win, 54-52.

The Oologah boys team took care of business with a 67-51 win in their game against Vinita, with Konner Davis (13 points) and Matthew Garrison (10 points) leading the charge for the Mustangs, along with several other players scoring multiple buckets.

GIRLS | VINITA 54, OOLOGAH 52: It’s always tougher to beat a team twice in a row rather than just once, and Tuesday night’s game proved this to be true.

The Lady Hornets (15-3) came out with a vengeance and shot lights out the whole game with six 3-pointers.

Class 4A No. 12 Oologah had a rough first quarter with the team going at a fast pace and taking some unwarranted shots from well beyond the 3-point line.

Winters huddled up the team after the first quarter and gave them a calming speech to slow down the team’s actions.

As the Lady Mustangs were struggling to find their rhythm during the first half, Vinita was playing great offense and finding open players all over the court as well as dominating Oologah in the rebounding department.

Oologah came out on a run in the third quarter and came within a few points of Vinita when the Lady Mustangs’ star point guard, Karly Wadsworth, committed her third foul and had to sit out for the rest of the quarter.

The Lady Mustangs managed to stay in the game, though, while Wadsworth sat on the bench due to foul trouble.

Vinita retained the advantage going into the last quarter with a 38-32 lead.

Both offenses were on fire during the final stretch of the game, but Oologah couldn’t cut the deficit until Wadsworth came back into the game and immediately knocked down two 3-pointers to give the Lady Mustangs a one-point lead with under a minute left.

However, Vinita’s Lizzie Shephard hit a 3-pointer the next possession.

Vinita’s leading scorers were Kennady Roach with 15 points and Hallie Reed with 14 points.

BOYS | OOLOGAH 67, VINITA 51: The boys game was a completely different story as the Mustangs dominated the Hornets (4-14) the entire game.

Oologah (12-5) showed no weaknesses, with the whole team playing phenomenal defense and never giving up a double-digit lead after the first quarter.

Cody Elrod and Matthew Garrison had the post on lockdown while Konner Davis and Jack Barron were racking in steals on several possessions.

Vinita’s John Luke Spurgeon (17 points) and Cain Anderson (12 points) were carrying the Hornet offense while the rest of their teammates were struggling to make a basket.

Konner Davis was the motor for this offense as he led the team with 13 points while also distributing the ball nicely.

Several players on the Mustangs had their fair share of points.