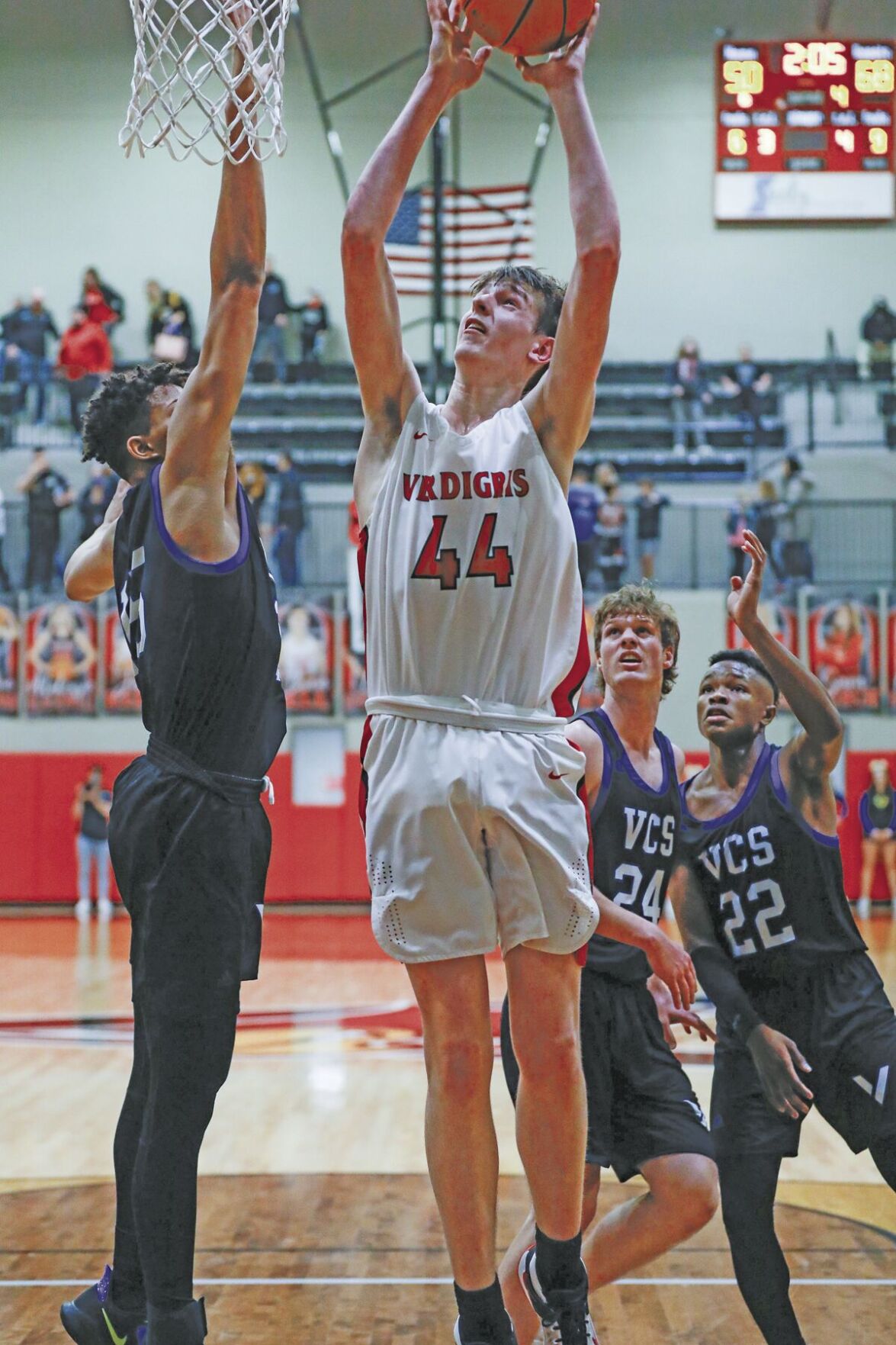 Lucas Lechlider of Verdigris (44) goes up strong toward the basket during a playoff game against Victory Christian last season. Lechlider and his brother Cody combined for 37 points in a 17-point win over Inola earlier this week. 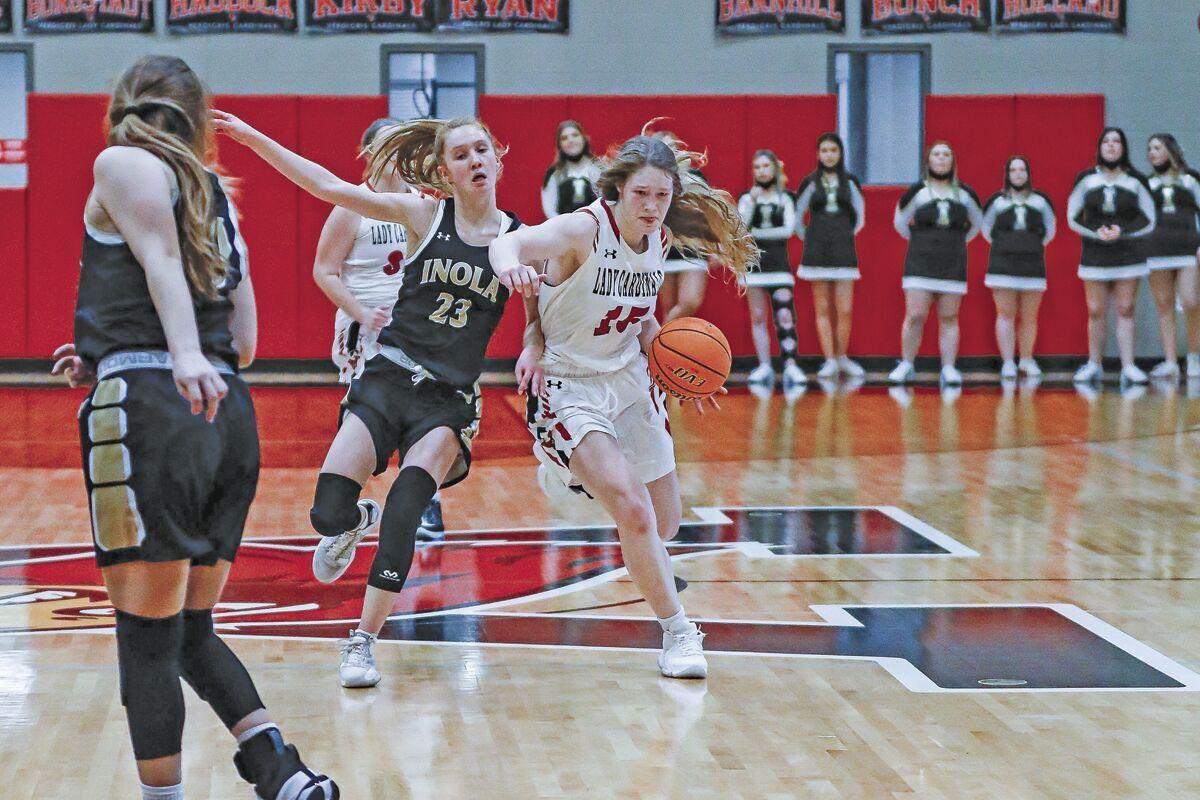 Lucas Lechlider of Verdigris (44) goes up strong toward the basket during a playoff game against Victory Christian last season. Lechlider and his brother Cody combined for 37 points in a 17-point win over Inola earlier this week.

Tuesday night wasn’t a welcoming homecoming for Inola coach Clyde Barkley. The Lechlider brothers of Verdigris made sure of that.

Lucas and Cody Lechlider combined for 37 points in a 59-42 victory over the Longhorns, spoiling what was Barkley’s first home game since reaching 700-career coaching wins on Dec. 17 against Oologah. Lucas finished with 19 points while Cody added 18 points.

However, it didn’t come as easy as the final score indicates.

Inola (2-4) led for a majority of the first half and held a 29-28 advantage at halftime. That was despite 12 points from Lucas Lechlider and three Brant Teague 3-pointers.

Cody Lechlider served as the x-factor in the second half, though.

The 6-foot-3 sophomore scored 13 of his 18 points in the final 16 minutes, helping turn that one-point deficit into a double-digit lead entering the fourth quarter as Verdigris (6-1) won the third 15-4.

The brothers then combined for 10 of the Cardinals’ 16 points in the final period — seven coming from Cody — to seal the victory.

Tucker Ford had 10 points for the Longhorns in the first quarter but was held to five points the rest of the way, finishing with a team-high 15. Similarly, Inola’s second-leading scorer, Christian Jones, managed only two of his 10 points in the second half.

Verdigris returns to the court at 4:30 p.m. Thursday against Ketchum in the Bank of Locust Grove Invitational. The Cardinals won the tournament last year.

Led by three double-digit scorers, the Class 4A No. 14 Lady Longhorns upset No. 5 Verdigris in emphatic fashion, leading for all but a short period during the first quarter.

Inola (5-1) used a 7-0 run to overcome an early 10-7 deficit, and it never trailed after that. In fact, the lead ballooned to as many as 19 in the fourth quarter before the Morgan Borgstadt-led Lady Cardinals made the score a little more respectable before the final horn.

Borgstadt notched a game-high 14 points in the loss while also managing five rebounds and four assists.

Verdigris (5-2) struggled with the Lady Longhorns’ height, losing the battle of glass 28-18 and surrendering 12 second-chance points.

The Lady Cardinals take on Nathan Hale at 3:20 p.m. Thursday in the Bank of Locust Grove Invitational while Inola isn’t scheduled to return until it hosts Salina at 6 p.m. on Jan. 11.