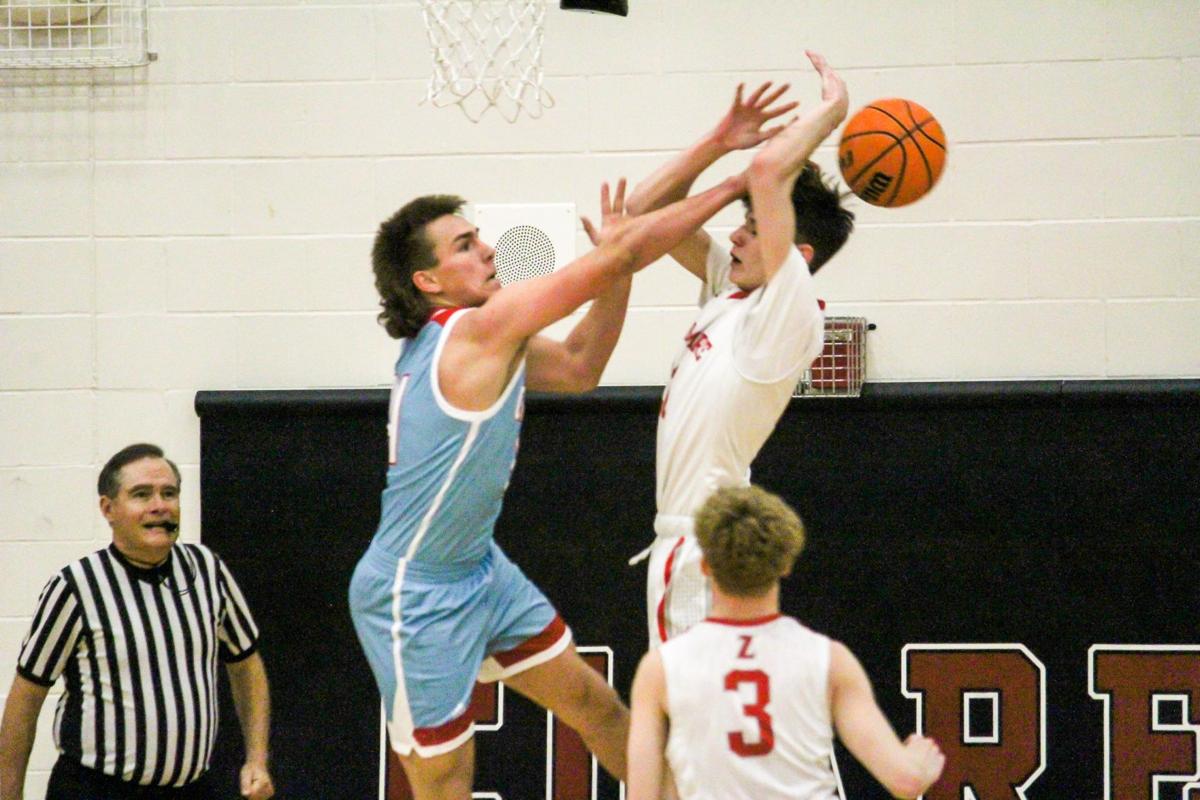 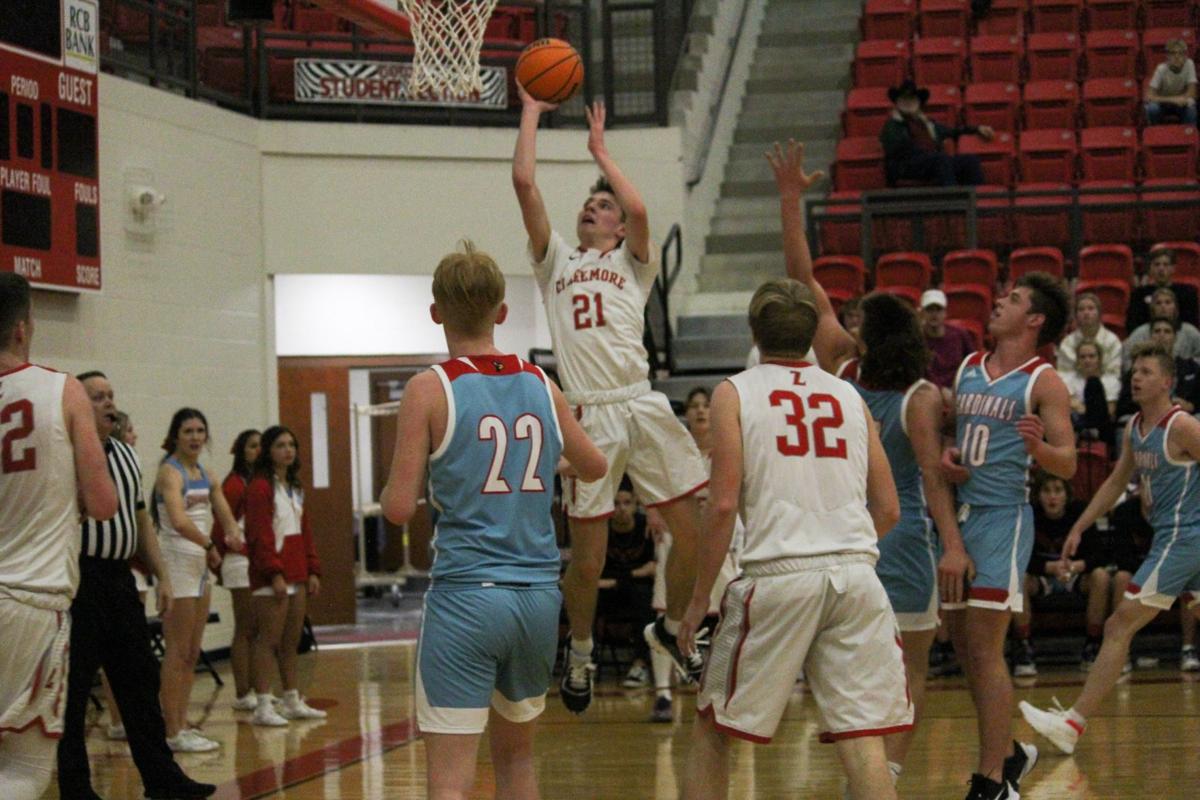 Claremore junior Caison Hartloff (21) glides into the paint for a layup. 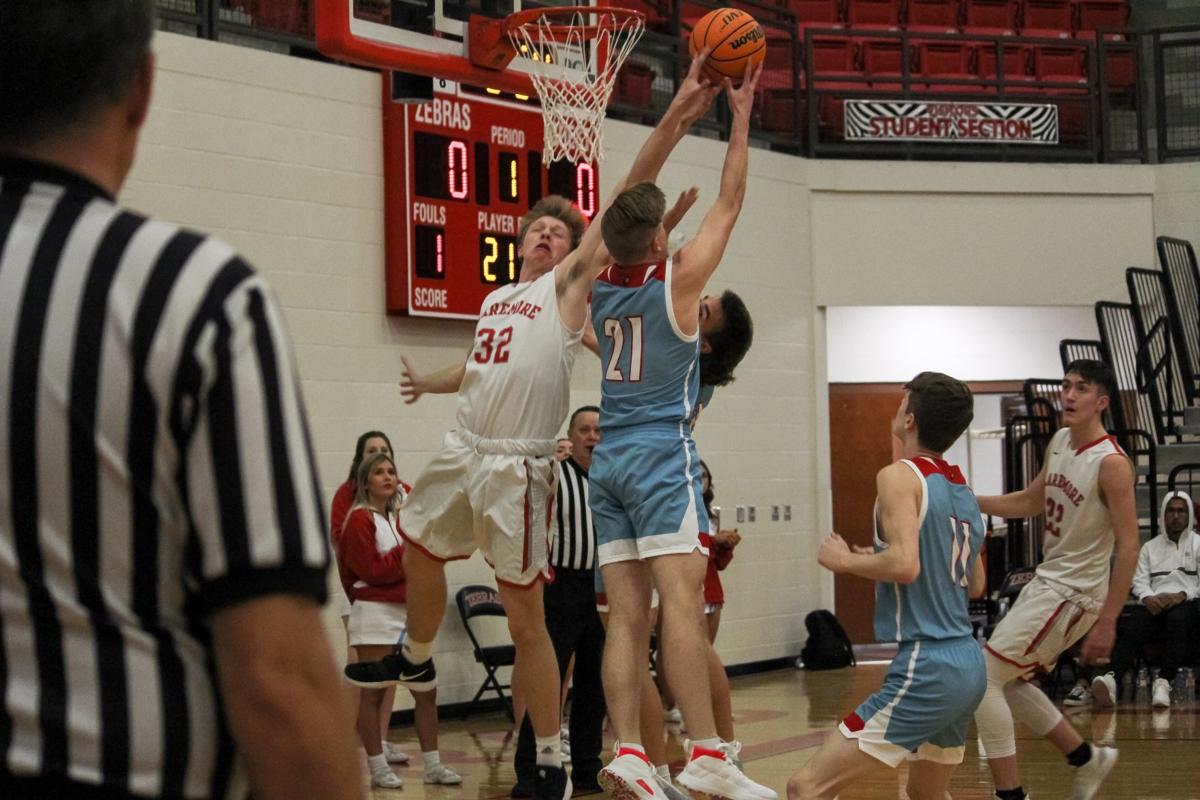 Claremore junior Caison Hartloff (21) glides into the paint for a layup.

All the game planning and scheming seemed to have paid off.

Although the Zebras trailed Collinsville by seven at halftime, Claremore boys basketball coach Tommy Nolan thought his team’s defense—at least statistically—won a portion of the battle.

Cardinal sharpshooters Gage Longshore and Ethan Cole managed only 8 points total through two quarters, and the deficit seemed likely to take care of itself if that trend continued.

The senior duo had other plans, though.

Longshore and Cole combined for 31 of Collinsville’s 33 second-half points, leading the No. 10 Cardinals to a 56-45 win at the Claremore Gymnasium on Tuesday night.

In comparison, the Zebras scored 29 points in the second half.

“They’ve been really good players the last couple of years,” Nolan said of the pair. “We knew they’d be tough to stop, and our key was to know where they were at and contest all their shots, but they started hitting some shots in the second half. For the most part, all of them were contested, they’re just really good players.”

Longshore led all scorers with 23 points—21 of which came in the second half—while also snagging eight rebounds.

Meanwhile, Cole tallied 16 points and five rebounds. Eight of his 10 second-half points came from the free-throw line in the fourth period.

It didn’t take Longshore long to eclipse his first-half mark of 2 points, hitting a 3-pointer to open the third quarter. He finished the frame with five shots of that variety, helping balloon the Collinsville lead to as many as 13.

“They got out in transition a couple of times, and we didn’t really get set,” Nolan said. “We were going between a man and a zone trying to keep them off their tempo, but we missed a couple of shots and didn’t get back the way we normally do. They had open looks and knocked them down.”

Cole shot 8-of-9 from the line in the fourth period, and Collinsville went 13-of-16 overall. The Zebras took only nine free throws total, draining six.

Nate Potts led Claremore on the boards, pulling down seven to go along with his 8 points. Gage Tacker finished with nine rebounds and 6 points to lead the Cardinals (7-2).

“I think the biggest thing with this team is we’ve got a lot of youth and a lot of inexperience,” Nolan said. “We’ve had some moving pieces with guys hurt and sick and injured, and we’re finally starting to find our stride and kind of create an identity.

“We’ve still got a long way to go and a lot of work to do, but I think these guys will continue to fight and get better.”