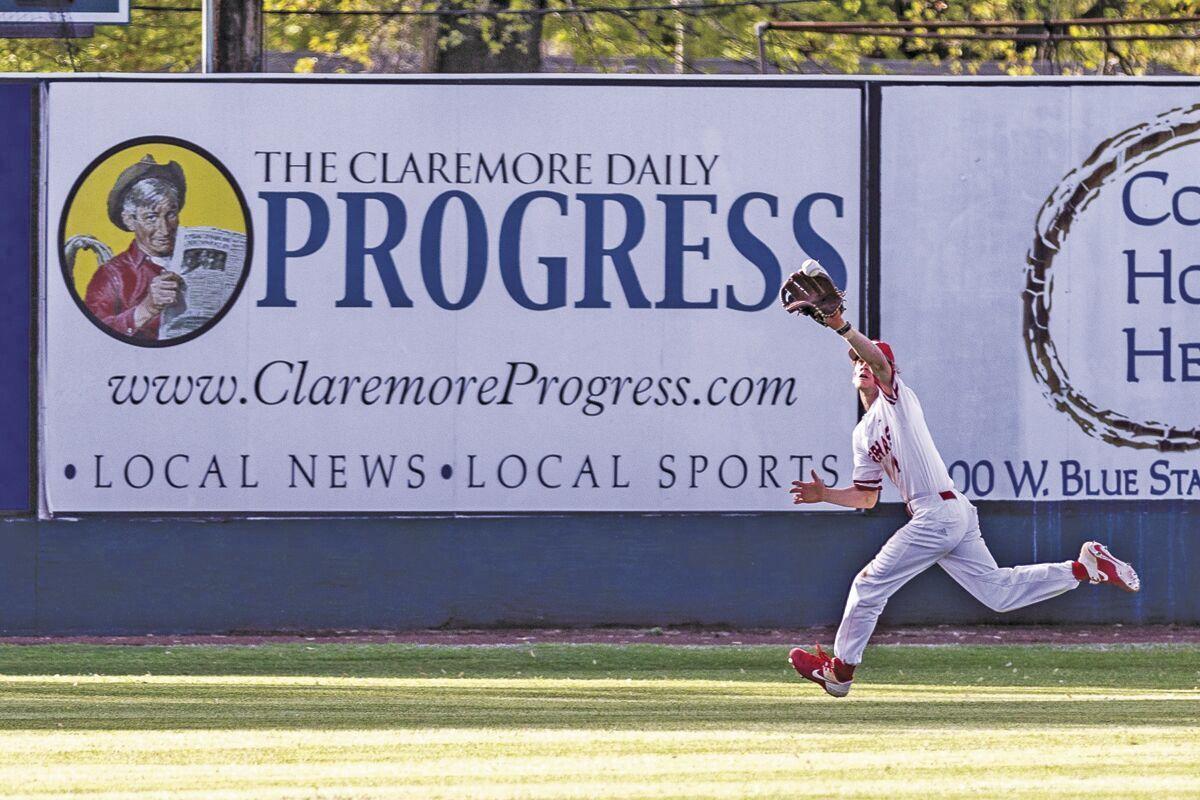 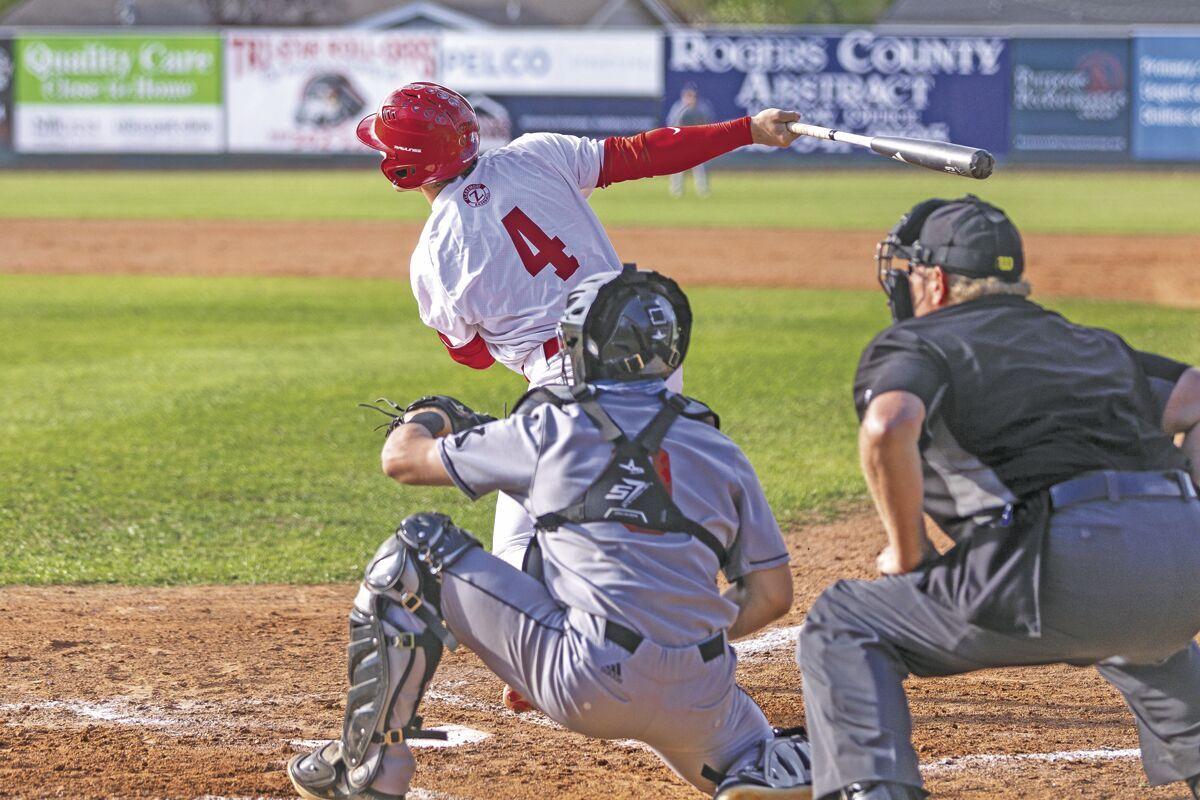 Claremore senior Brooks Sherl (4) looks on after recording a hit against Bishop Kelley earlier this week at American Legion Park.

Claremore senior Brooks Sherl (4) looks on after recording a hit against Bishop Kelley earlier this week at American Legion Park.

Although motivated by a desire to best his older brother Brooks, Gannon Sherl has no issue putting the sibling rivalry aside during games to ensure Claremore's success.

However, one-upping him in the end always puts a nice gloss on any victory.

The Sherls were unwittingly locked in a compelling back-and-forth battle at the plate Thursday night, and though Brooks notched a pair of rare triples along the way, it was Gannon who got the final word.

The sophomore recorded a walk-off 2-RBI triple to left field in the bottom of the sixth, surpassing his brother's total hits and RBIs while clinching a 12-4 victory over Mannford at American Legion Park.

Gannon Sherl led the Zebras with a 4-for-4 outing and three RBIs — hitting a triple, two doubles and a single — while senior Brooks Sherl went 3-for-4 with two RBIs, logging two triples and a single.

“My dad, Coach (Jim) Sherl, told me my job was to score the runners,” he added about his walk-off. “I’m usually hitting RBIs, so that was my job. I was just trying to put the ball in play, hit it in the outfield and do anything to score them.”

The elder Sherl got the first hit between the two with a single in the first inning, scoring off a Cameron Palmer groundout shortly thereafter. Gannon Sherl followed with an RBI double three at-bats later, giving Claremore a 2-0 lead before Hunter Walters drove him in three pitches later with a single to center field.

Walters registered multiple hits as well with a 2-for-3 performance at the plate.

Not to be outdone by little brother, Brooks Sherl tallied his first triple in the second, scoring Easton Phillips for the only run of the frame.

Claremore added four runs in the third, with Gannon Sherl and Grant Evans scoring on an error before Derek Scuggins and Carson Young scored on the same at-bat via a wild pitch and a Phillips groundout, respectively.

The next two Sherl hits, a pair of singles, went to Gannon, but Brooks shook off his lineout from his third at-bat with a triple to right field, scoring Noah Smallwood to increase the advantage to 9-4.

He then scored on an error before his brother's walk-off triple.

Although the Sherls were in the spotlight Thursday, their father, Zebras coach Jim Sherl, said the competition within the team goes beyond Gannon and Brooks.

“The three of them (Smallwood, Grimett and Brooks Sherl) have been back-and-forth by a point or two every game on batting average,” Jim Sherl said. “Brooks, Ethan and Gannon have been back-and-forth by an RBI or two every game. They’ve been very productive, and it’s not just Brooks and Gannon competing, it’s the four of them. It’s stolen bases, it’s batting average, it’s home runs, it’s triples and doubles — if one of them is going to do something, you better bet the other three are going to be right behind them trying. We keep a record board in our locker room — all-time records, yearly records and weekly records — so the kids can see it and go compete against each other.

“If they see somebody else’s name up there, they’re going to go knock them off.”

Despite Claremore leading 8-0 through four innings, Mannford temporarily staved off the early run rule with three runs in the fifth on two bases-loaded walks and a fielder's choice, followed by an RBI double from Ryan Howard in the sixth.

Walker Brown pitched his way out of the situation, though, with consecutive strikeouts to retire the side. He threw two innings of relief, striking out three while allowing one hit, one run and a walk on 38 pitches.

Palmer earned the win on the mound for the Zebras in four innings of action, tossing four strikeouts on 71 pitches while surrendering three runs on two hits and four walks.

Claremore was set to host Rogers (Ark.) on Friday night at American Legion Park in the Four State Festival, but the game was rained out.

Games are subject to change, but here is the weekend schedule for the event, which is co-hosted by Collinsville: