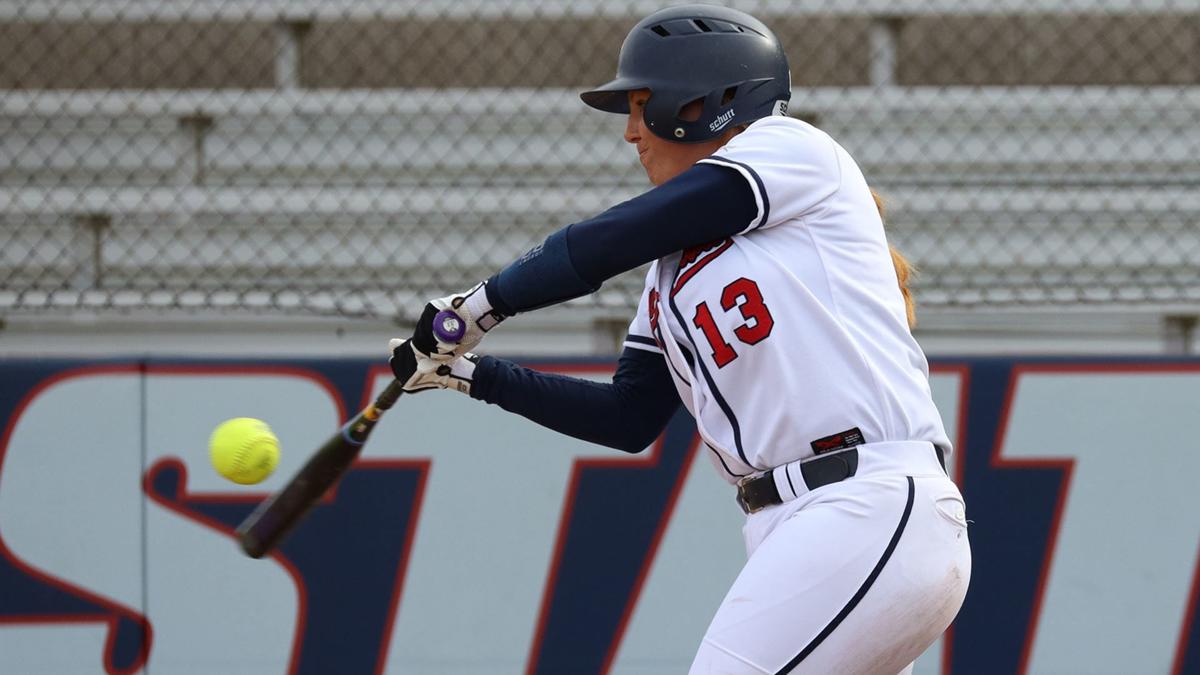 How It Happened: Rogers State (17-4) fell behind in the bottom of the first inning, as Cameron (12-7) scored two runs on an RBI double and a throwing error to take a two lead.

After the first inning, Rogers State's Andrea Morales settled in as Cameron was only able to get two baserunners on for the remainder of the game, a walk in the second and single in the third.

The Hillcats would get at least one base runner on in every inning, but were unable to score until Freshman Kimberli Presnell hit her first home run of her collegiate career with a shot down the left-field line with one out in the fifth inning to cut the deficit to 2-1.

Rogers State would get a pair of baserunners on in the sixth with a walk and a single with just one out, but the Hillcats were unable to get the tying run past second.

Down to their final three outs in the seventh, the Hillcats put runners on second and third with a lead off walk by Jaylan Gibson and a one-out double from Sabrina Anguiano.

In the bottom of the seventh, Morales tossed a 1-2-3 inning with a strikeout and a pair of fly outs to seal the victory.

Key Statistic: The Hillcats had 12 baserunners in the game compared to just six from the Aggies.

Day finished the game 1-for-3 with a walk. Her seventh inning single scored two runs for Rogers State, including her second game-winning RBI of the season.

Anguiano was 1-for-3 at the plate and also reached on a hit-by-pitch. Her double in the seventh placed two runners in scoring position for Day. It is the second time this season that Anguiano has scored the winning run for the Hillcats.

Notes: Rogers State's victory over Cameron is the first for the softball program over the Aggies in school history. Prior to Sunday, the Hillcats were 0-7 all time against Cameron on the softball diamond.

The Hillcats closed invitational/festival play for the 2020 season with a 15-4 record, including three victories over ranked programs.

With the victory, Rogers State improved to 4-0 on the season in games after a loss.

Presnell hit the Hillcats 16th home run of the season.

Up Next: Rogers State will be off for over a week before returning home for a key non-conference doubleheader, as the Hillcats welcome in current No. 21 Texas A&M-Commerce to the Diamond Sports Complex. The Hillcats defeated the Lions 2-0 in Commerce earlier this season at their invitational and again this weekend in Oklahoma City, 5-0. The doubleheader is set for 2 p.m. on March 3.