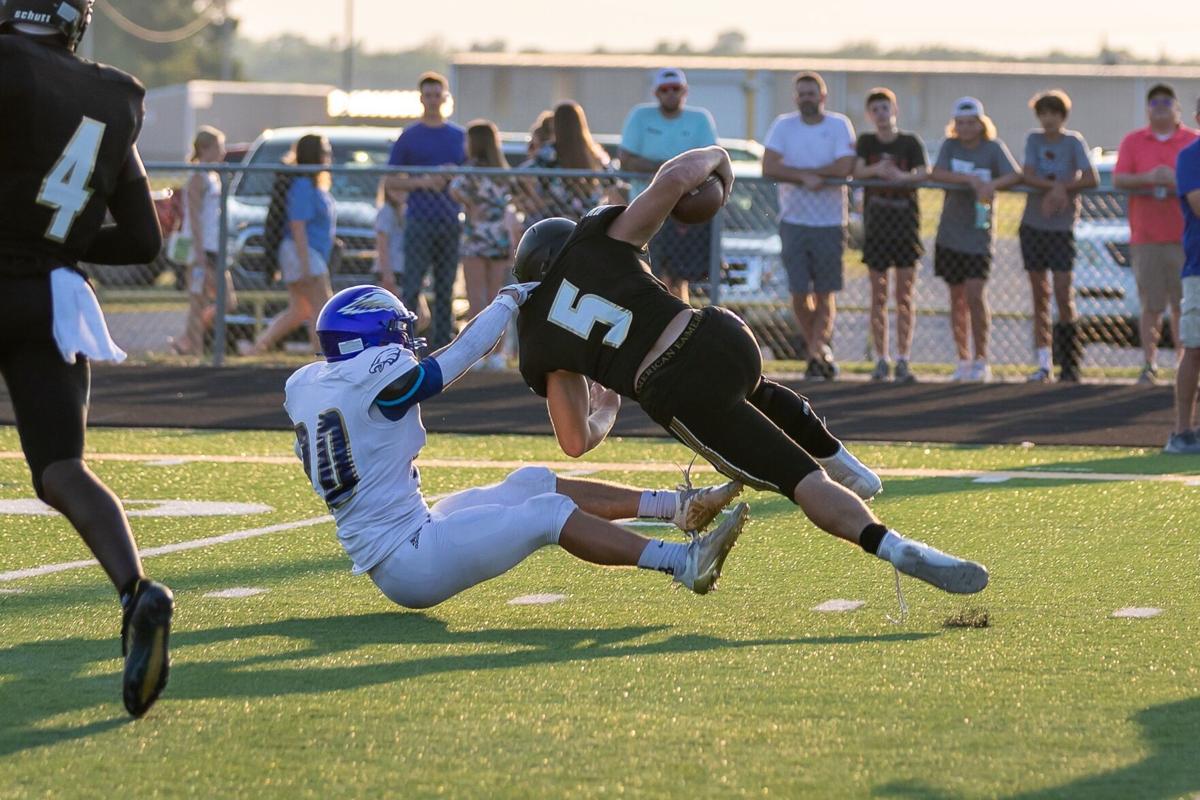 Inola running back Jace King (5) is dragged down by Sequoyah's Logan Hattaway (20) during the first half of Friday night's game at Longhorn Stadium. 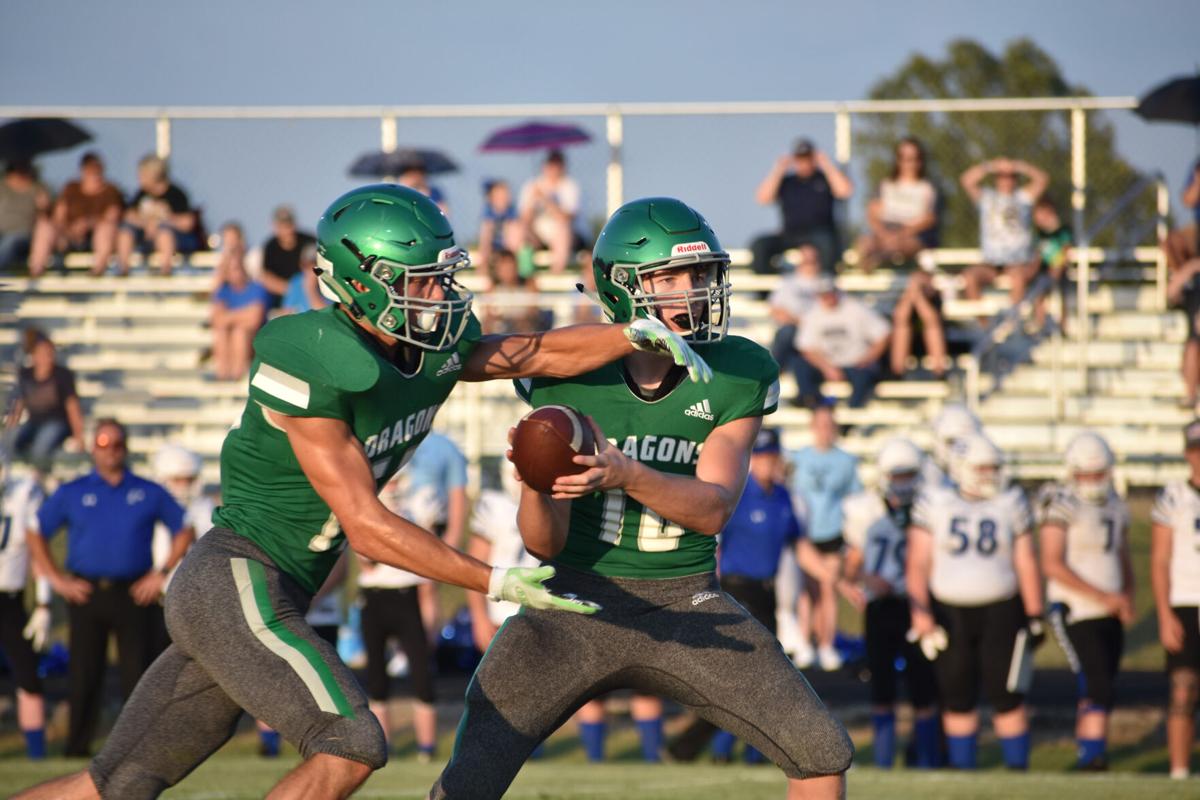 Chelsea quarterback Chase Smith hands off to running back Cash Ramsey. The pair combined for 349 yards and five touchdowns in the Green Dragons' 44-0 win over Porter.

Inola running back Jace King (5) is dragged down by Sequoyah's Logan Hattaway (20) during the first half of Friday night's game at Longhorn Stadium.

Chelsea quarterback Chase Smith hands off to running back Cash Ramsey. The pair combined for 349 yards and five touchdowns in the Green Dragons' 44-0 win over Porter.

In an electric back-and-forth battle against Rogers County rival Sequoyah, the Longhorns squeaked out a 29-28 win after a touchdown and a successful 2-point conversion with 2:30 remaining.

Jace King, who finished with 120 yards and three touchdowns on 20 carries, rumbled 27 yards for a score to trim the Eagles’ lead to 28-27, and new coach Tommy Rogers chose to ride that momentum rather than settling for a possible overtime scenario.

He called on Tucker Ford’s arm and the quarterback delivered, completing a game-winning pass to Jedd Barrett. Ford threw for 109 yards and a touchdown, which came on a 4-yard strike to Christian Jones with 11:48 remaining in the second quarter, giving Inola a 14-0 lead.

Sequoyah overcame that 14-point deficit and eventually took a 20-14 lead late in the third quarter on a 1-yard Caleb Harwell run, but not before the Longhorns’ defense managed a goal-line stand just after halftime. If not for that stop, the Eagles probably would’ve emerged victorious.

Sequoyah quarterback Landon Gilbreath was instrumental in the comeback, scoring on a 7-yard scamper before finding Karson Bickle in the back of the end zone for a 21-yard touchdown pass that tied the game at 14-all with 12 seconds until halftime.

Gilbreath completed 8 of 10 passes for 133 yards while also rushing for 63 yards on 11 carries.

Later, after King put Inola back in front in the third at 21-20, Sequoyah’s Dylan Piguet showed off his speed with a 22-yard scoring run, making it 28-21 with 7:06 to play. He finished with 41 yards on four carries.

Chelsea 44, Porter 0: Friday night served as the Cash Ramsey and Chase Smith show, and Porter was powerless to stop it.

The pair combined for Chelsea’s first five touchdowns while also accounting for 349 of the team’s 462 total yards. It was a dominating performance that gave the Green Dragons their first season-opening home win since 2011.

Smith opened the scoring with a pair of 3-yard runs in the first quarter, and Ramsey followed with touchdown runs of 19, 69 and 13 yards in the second to put Chelsea ahead 32-0 at halftime.

Smith also snagged an interception alongside Daniel Comiford on defense.

Adam Henley and Comiford capped the scoring with touchdown trots of 46 and 5 yards, respectively, in the fourth quarter.

The Green Dragons were just as dominant on defense, forcing three turnovers while holding the Pirates to only 86 yards on 38 plays.