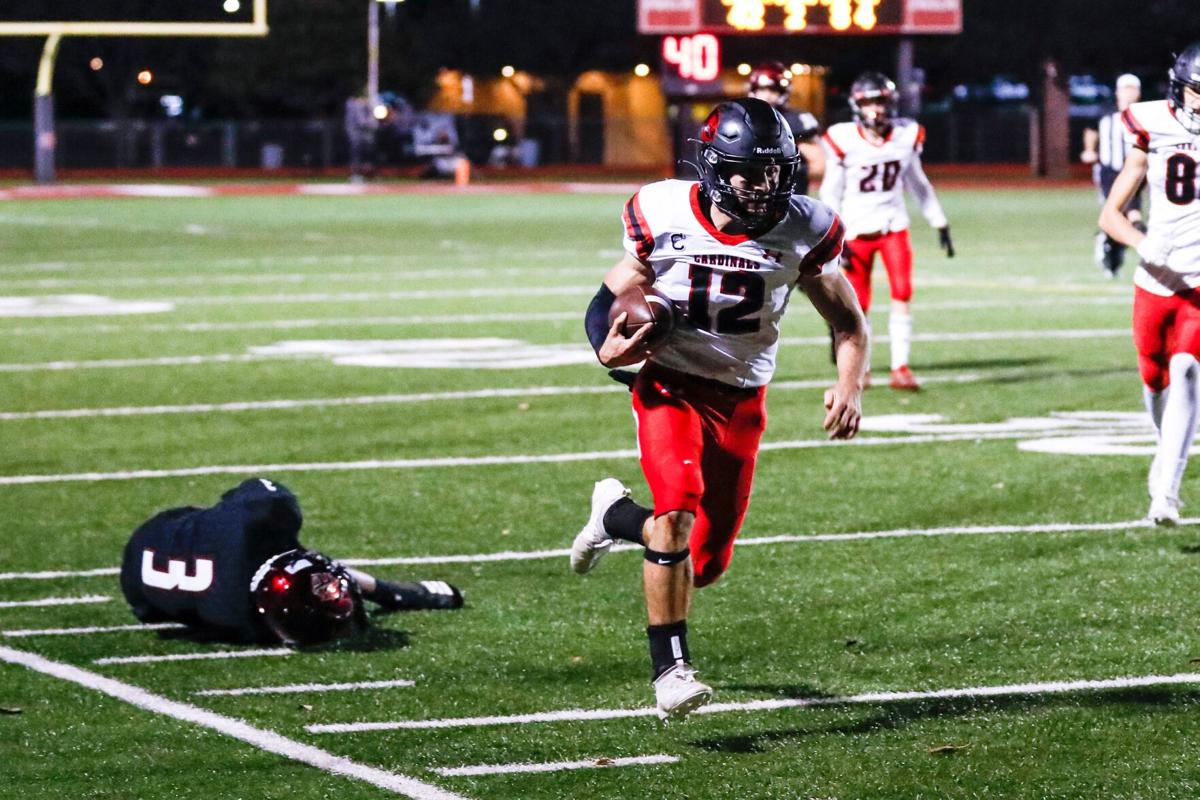 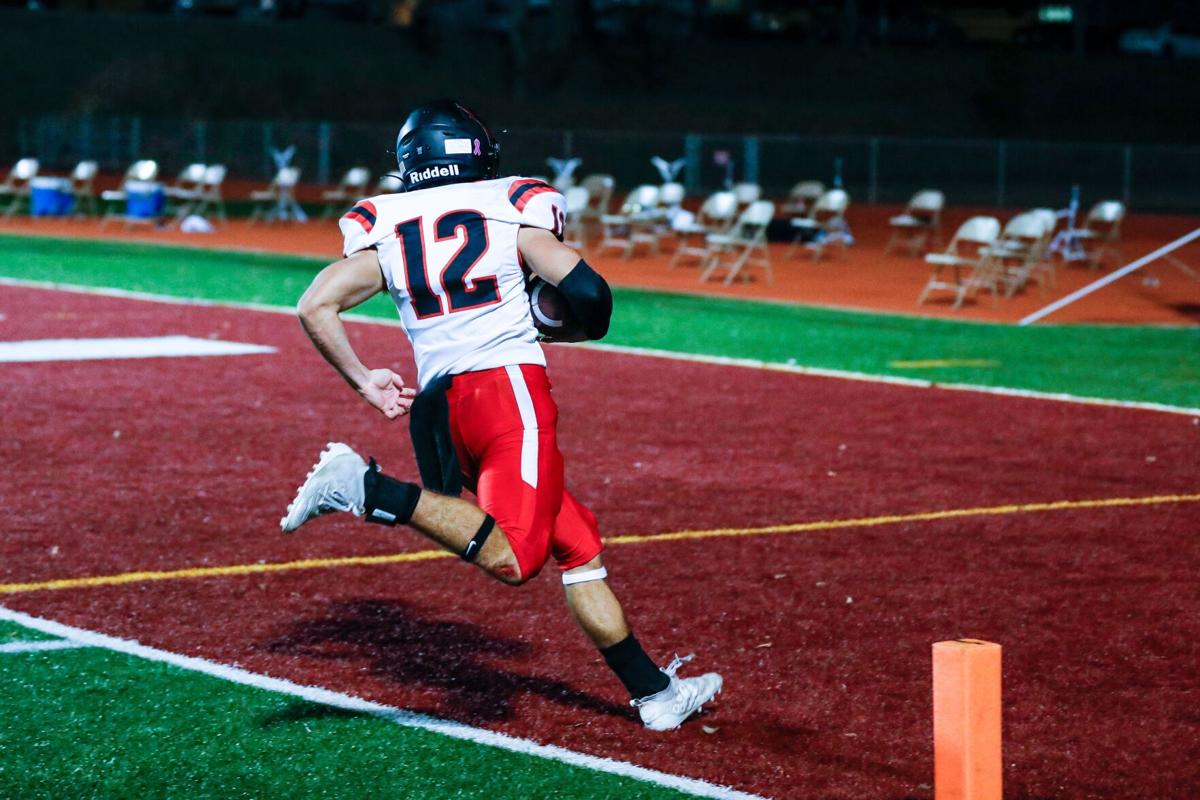 VERDIGRIS – As Hayden Jones bolted down the west sideline for a touchdown late in the fourth quarter, he didn't see just the end zone in front of him.

A week after throwing four interceptions in a blowout loss to No. 2 Holland Hall, the senior quarterback capped a night of atonement with a 34-yard touchdown run to help Class 3A No. 7 Verdigris secure second place in District 3A-4 with a 35-18 victory over 11th-ranked Vinita in the regular-season finale Friday night at Cardinals Stadium.

Jones rushed for 69 yards and four touchdowns on eight carries.

“My mindset was to redeem myself from last week,” Jones said. “My line blocked it up really well, and coach put in a good game plan.

“We ran the same play a couple of times in a row,” he added about his final scoring burst, “and I saw the d-end crashing every time, so I knew this time he’d crash.”

He began the absolution from last week’s performance almost immediately.

Although a block-in-the-back penalty on the opening kickoff pinned the offense at its 5, Jones guided Verdigris on a 10-play, 95-yard drive that took 4:50 off the clock and culminated with his first touchdown run on a 2-yard keeper.

It was the third-consecutive start for Jones, who has filled in for an injured Dylan White. Verdigris coach Travis East said White returned to the field Friday night and saw limited action on both sides of the ball but didn’t take snaps from behind center as a precautionary measure.

“Hayden is a great kid and a great leader,” East said. “He’s one of those kids who’s always going to give it everything he’s got. He bounced back just fine. You gotta have a short memory over what happened last week, and he did a great job tonight.”

The two-headed rushing attack of Alec James and Caden Parnell was also on display during that first possession, with the duo accounting for 82 yards – including a 41-yard run from Parnell that got the Cardinals out of the shadow of their end zone.

James finished with 133 yards and an 8-yard touchdown on 18 carries while Parnell tallied 85 yards on 13 touches.

Those contributions kept Jones from having to rely on his arm, for he threw for only 8 yards on 2-of-5 passing.

Jones scored twice more before the end of the first half on runs of 15 and 1 yards – the latter increasing the Verdigris lead to 21-6 with 35 seconds remaining after Vinita turned the ball over on downs at its 3.

The Cardinals (8-1, 5-1 District 3A-4) never led by less than two scores again, and that is also a testament to the defense.

The Hornets (6-2, 4-1) averaged 33.1 points coming in, but Verdigris held them well under that number despite allowing 5.3 yards per play.

Paul Glasscock threw touchdown passes of 36, 11 and 8 yards and completed 17 of 33 passes for 187 yards, but it wasn't enough to overcome an interception by Isiak Layton and a 3-for-11 third-down conversion rate.

Glasscock’s 8-yard scoring strike to Kyron Downings, who caught five passes for 45 yards and two touchdowns, brought Vinita within 10 at 28-18 with 4:10 remaining, but the ensuing 2-point conversion was unsuccessful. Vinita had already missed two extra points on its previous scores.

Jones then put the game away for good with his 34-yard scamper with 2:41 remaining, propelling the Cardinals into next week’s Class 3A play-in round of the playoffs against winless Daniel Webster.

“It feels good to go get a win and do what we had to do tonight,” East said. “It’s one of those things where it’s not always easy to come back after a loss like we had last week, but we did it. We came back and got a good win. We had a few players quarantined, so we were missing some players and stuff, but our kids did a great job responding.

“We lost kids throughout the week, so it’s one of those things with our kids – we have to stay away from people and keep ourselves healthy.”