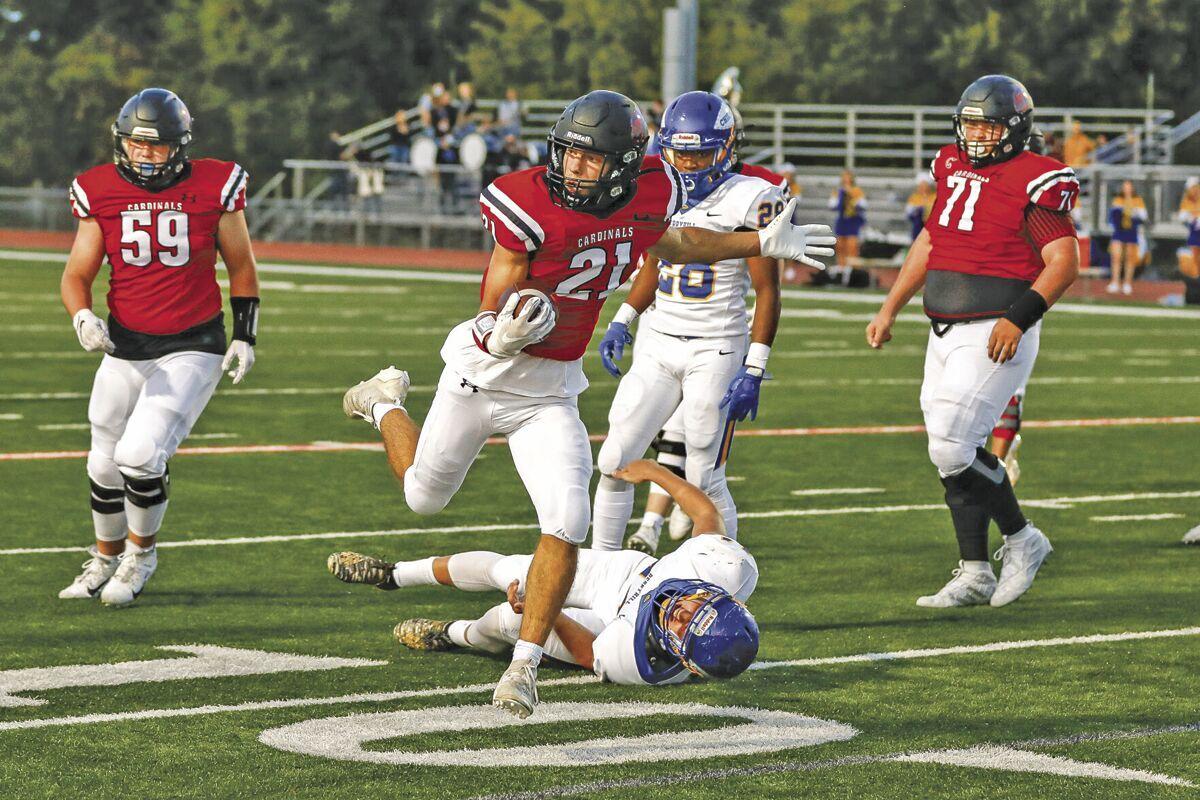 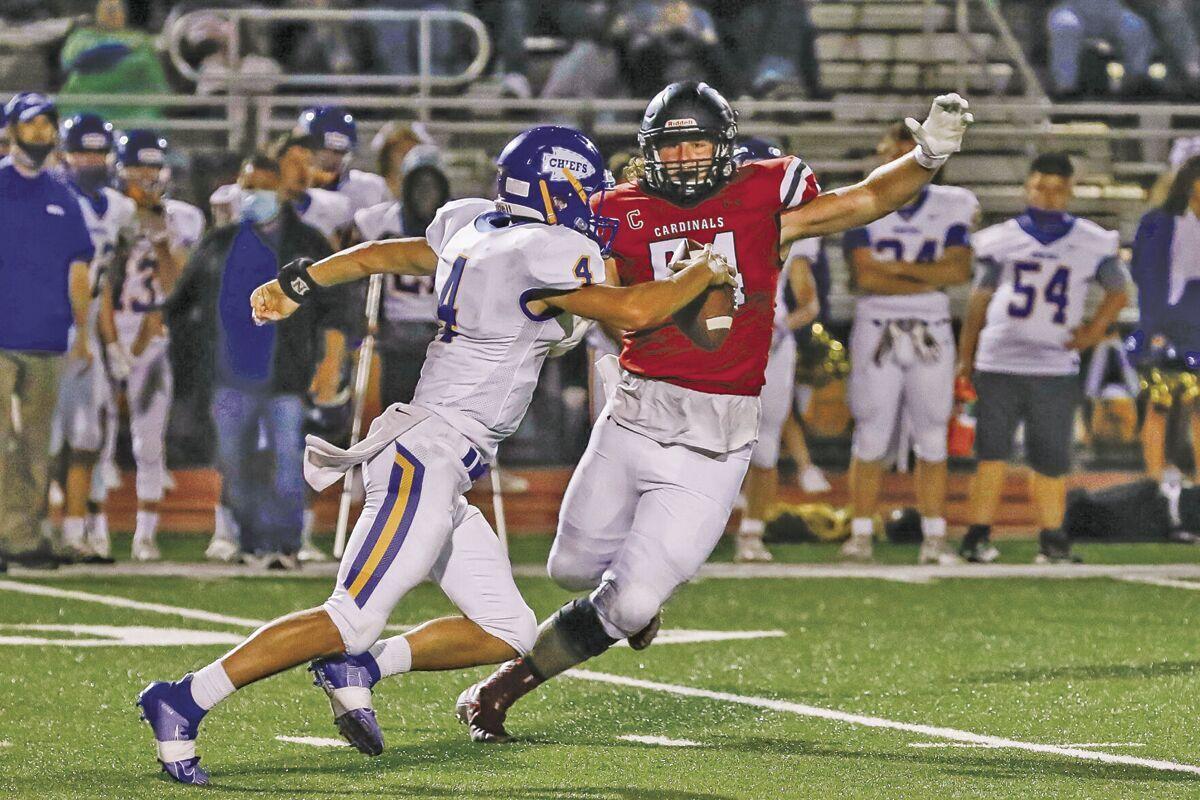 Verdigris was among the top teams in Class 3A for a second-consecutive year, and that success reaped several rewards in the District 3A-4 awards that were announced Tuesday.

Running back Alec James was voted as a Co-Offensive Most Valuable Player, and Evan Raines earned Co-Defensive MVP honors.

James helped the Cardinals average 36.9 points per game on the way to a state quarterfinals berth and a 9-2 record, rushing for 948 yards and 15 touchdowns on 122 carries (7.8 yards per carry) while also catching nine passes for 107 yards and a score. KT Owens of Central was the other Offensive MVP.

Raines — a 6-foot-3, 248-pound defensive lineman — was a force for the Verdigris defense that held opponents to 18.2 ppg. He tallied 60 tackles, 15 of which were for a loss, while causing and recovering two fumbles and recording five sacks with seven hurries.

Here is a look at all the District 3A-4 awards: