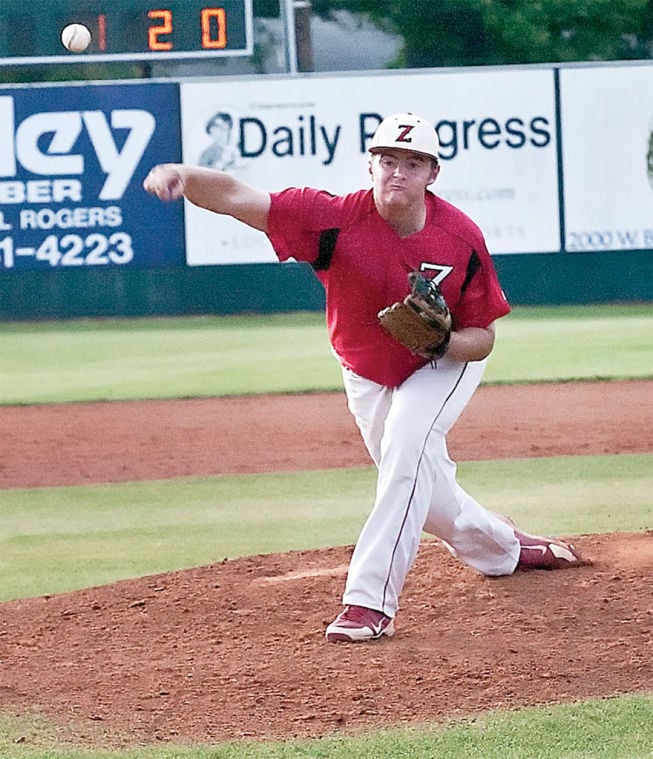 These hard-working “Boys of Spring” rallied behind sophomore pitcher Bryce Howe to shut out Collinsville 3-0 on Senior Night.

Howe tossed a complete game to earn his ninth win of the season. In seven innings, Howe scattered four hits with eight strikeouts and two walks.

“Bryce pitched a great game,” Zebra head coach Brent Payne said. “He took command early with his fastball and then helped us out on offense with two big hits.”

Howe’s RBI-single to the deepest part of the infield between shortstop and third base drove in senior courtesy runner Aaron Steuart to put Claremore up 1-0 in the bottom of the first inning.

With a 1-0 lead in his favor, Howe mastered Collinsville’s lineup with a three-up, three-down effort in the second; followed by back-to-back strikeouts in the third after walking Collinsville leadoff batter Chase Wilkins.

Using an 88 mile-per-hour fastball, Howe tallied four of his eight strikeouts through the first four innings.

Claremore’s ability to play small ball contributed to its final two runs of the game in the bottom of the fourth.

Whatley’s 2-out sacrifice fly to right field plated Hollihan to put Claremore ahead 2-0. One batter later, senior third baseman Brenton Washausen drove in Moseley with an RBI-single down the third base line, putting Claremore ahead, 3-0.

Howe and Moseley combined for four of Claremore’s eight hits.