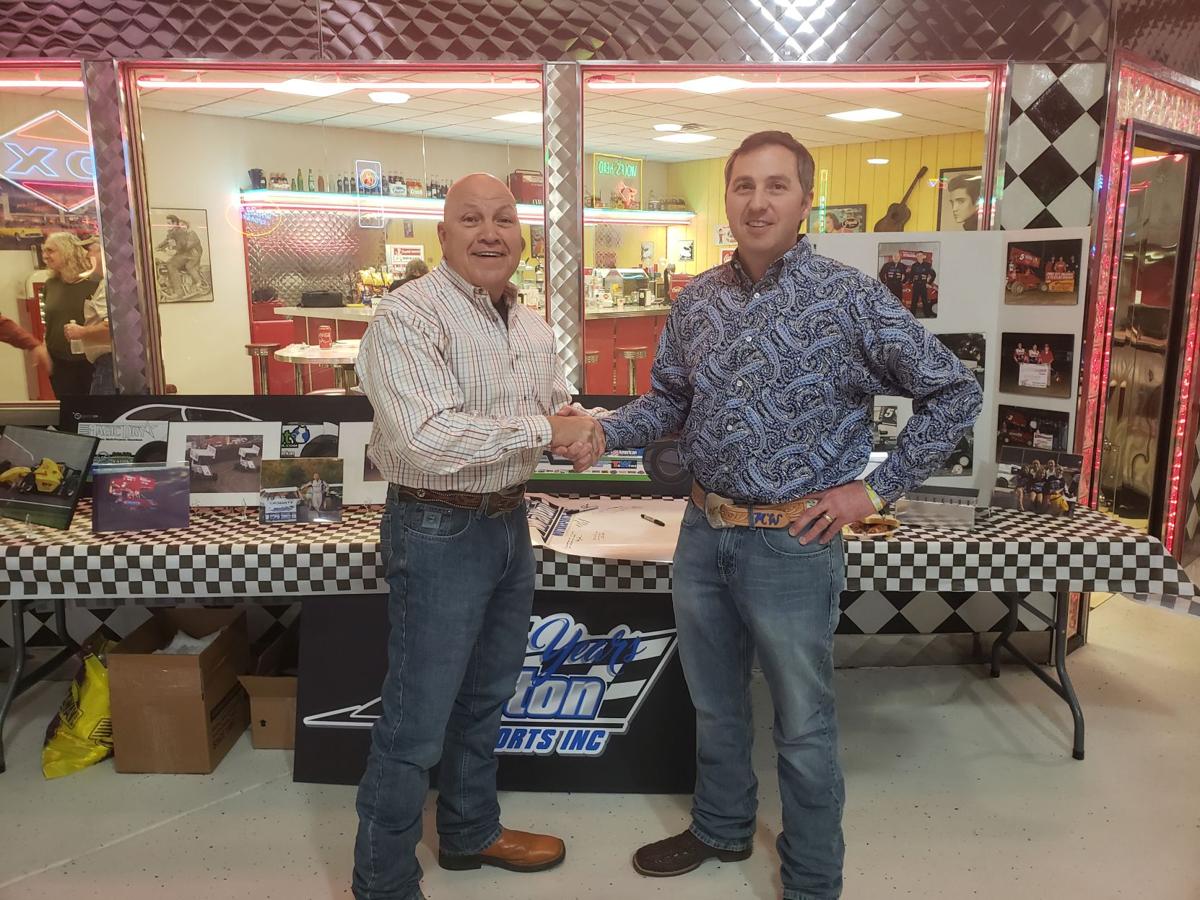 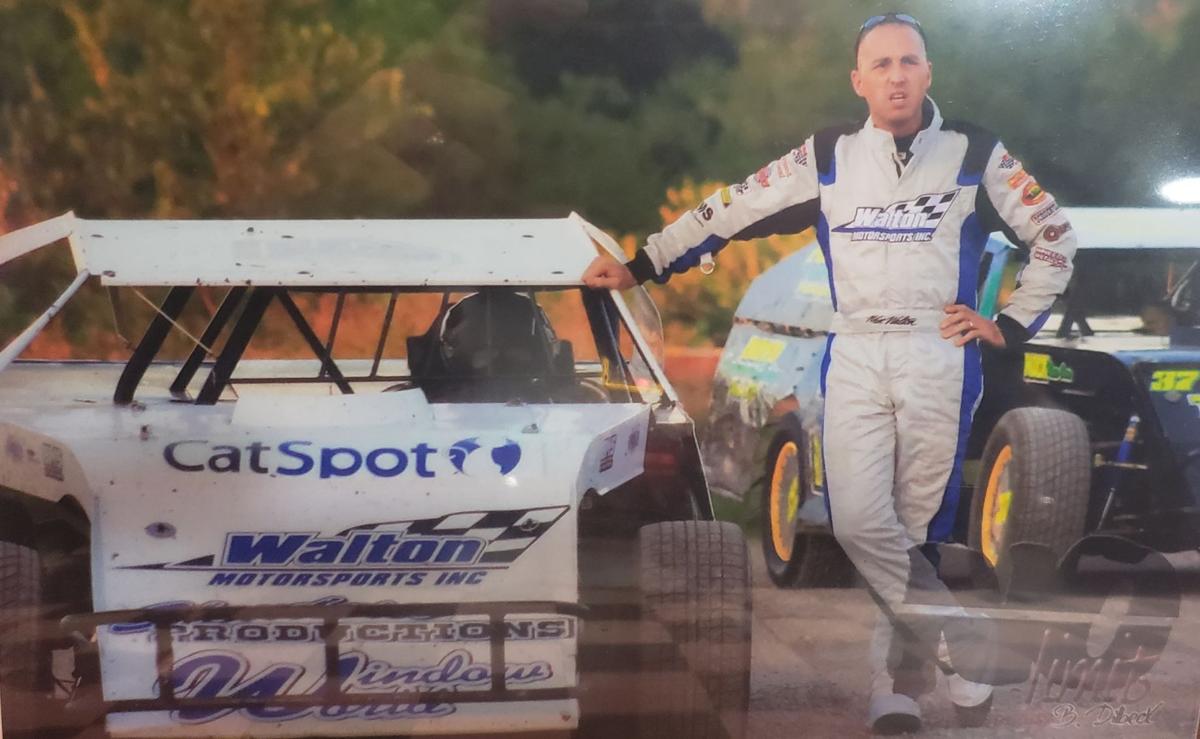 Matt Walton stands next to his Walton Motorsports Inc. racecar before a race. 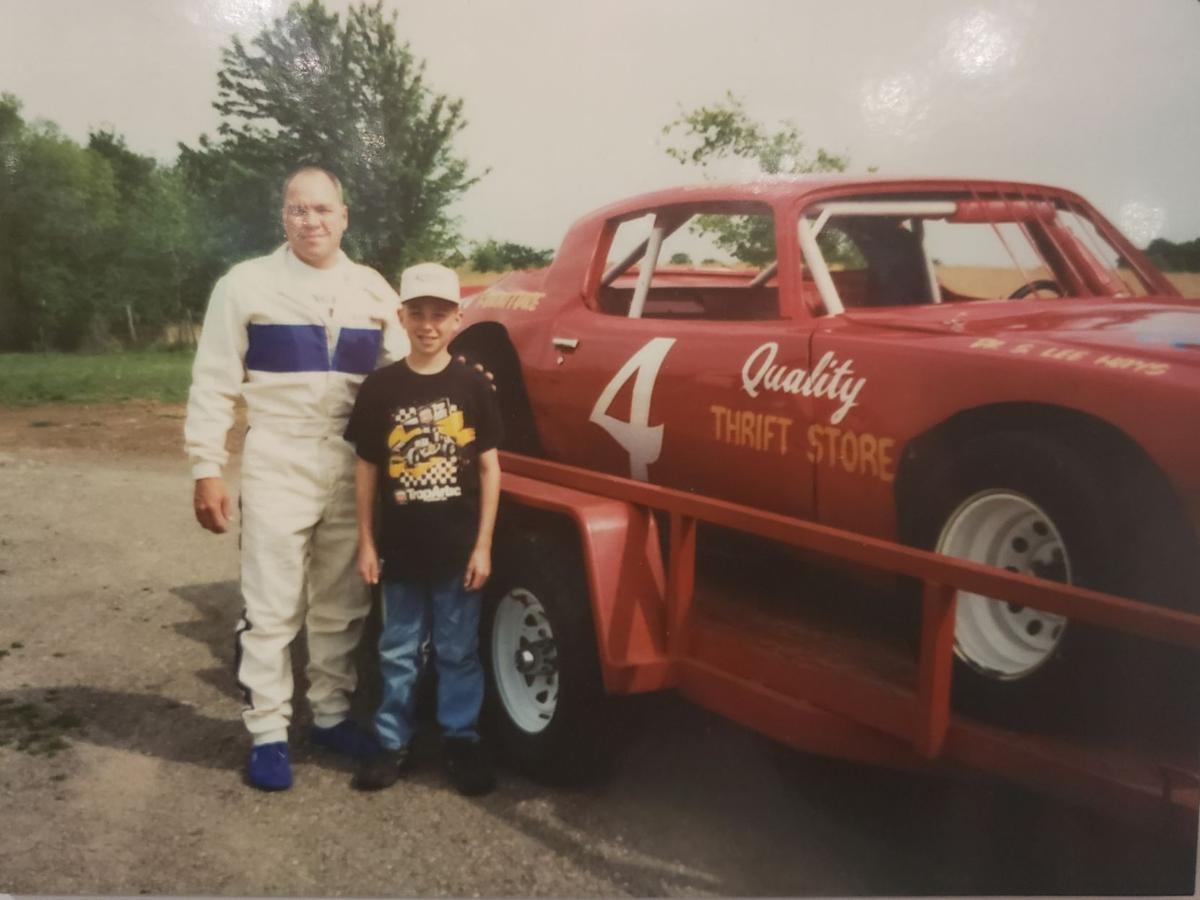 Scott Walton, alongside a young Matt Walton, shows off one of his racecars.

Matt Walton stands next to his Walton Motorsports Inc. racecar before a race.

Scott Walton, alongside a young Matt Walton, shows off one of his racecars.

His racecar caught fire with him still inside, and he was powerless to escape. He was stuck and downright terrified.

For Walton, time seemed to slow down as others worked to free him from the ablaze vehicle.

“Looking back on it, I probably wasn’t in there as long as I thought I was, but when you’re on fire, it feels like a lifetime,” Walton said.

Luckily, he managed to exit the car without suffering any serious injuries in the process.

After such a frightening event, many people would’ve chosen to move on from racing, eyeing a safer hobby. But not Walton.

In fact, he wasn’t fazed much at all. His mind was focused more on the next race and possible repair costs than anything else.

“I remember not sleeping a lot that evening, but I was right back in it less than a week later,” Walton said. “It’s funny because usually when that stuff happens, you’re more worried about how much money you just lost everybody than you are your own personal health. I’m not sure that’s the way it should be, but that’s usually how it is.

“I’ve been really fortunate, thank God. That’s always a part of the sport, and the good Lord has kept me safe. Most of the time, fortunately, that stuff is over before you realize it happens. You can get hurt playing baseball, soccer, hockey, football or anything else. I feel like our sport is relatively safe even though it might not look like it.”

Some might consider Walton stubborn for not leaving the sport, but even if he desired such an option, his genetics wouldn’t allow him to abandon the sport he has grown to love and cherish.

Racing is a major part of the Walton family, and it has been for more than two decades.

“If you don’t get it, you just won’t,” Walton said. “For us, it’s always been the biggest thing we’ve had going as far as entertainment.”

It served as a time for the Waltons to share their success with those who made such an accomplishment possible.

“The part I’m so thankful about is the fact it’s been a father-son deal, and even more so a family deal,” Scott Walton said. “It’s a generational sport, and we’re excited about this year because it’s our 25th anniversary, and we’ve got our team grown to a point where we run three modifies and three late models. But all of that takes a backseat to the fact that it’s something my son and I can do together.

“It’s an expensive sport, but we’ve been blessed with people who’ve believed enough in us to throw some money our way and keep us in this game. It’s gotten better and better, and the 25th year is going to be the best year ever.”

The family’s involvement in the sport evolved into what it is today when Scott Walton’s father retired from the military in the late 1950s.

However, the elder Walton grew worried as Scott Walton’s infatuation with racing grew. Fearing his son’s safety, he decided to retire from the sport.

It didn’t make a difference, though. Scott Walton was hooked.

“My dad got out of it to keep me from getting into it because it was a dangerous sport, and back in the day it was a lot more dangerous,” said Scott Walton, who bought his first racecar after turning 40 years old.

“It speaks to the fact that things like this are almost genetic.”

Much like his father, it didn’t take Matt Walton long to become enthralled with racing as well.

As early as first grade, Matt Walton remembers riding the bus to school every morning in Inola and seeing racecars outside another resident’s house.

This yard was packed with racecar trailers, racecar parts and much more. He’d even occasionally see a racecar being repaired in the garage.

“I remember just being completely fascinated by nothing other than just simply the equipment,” Matt Walton said. “I remember asking my dad countless times, ‘What is that? Where do they race those? What do they do? How does that work?’”

Before long, he was enjoying trips to the racetrack with his father.

His first visit is one he’ll never forget. The pageantry was unlike anything he’d ever seen.

“It was the most exotic entertainment — loud racecars, dirt flying, wrecks, fights and everything else that goes along with it,” Matt Walton said. “It’s an extremely intense sport.”

By the age of 13, Matt Walton was driving his own racecar at Thunderbird Speedway in Muskogee.

And as he grew older and more familiar with racecars and their equipment, the Waltons sought more cars. With Walton Motorsports Inc. only years away from launch, they wanted to expand their racing capabilities.

“It’s like anything that grows; we wanted more,” Scott Walton said. “We wanted better cars, we wanted faster cars and we wanted the things it takes to make that happen. It’s addictive, and you like to have newer, nicer, better, and all of that costs money.”

Although the number of hours spent in the shop is nearly incomprehensible, each one brought the duo closer and closer.

The camaraderie of it all has kept the Waltons going all these years, growing their program all the while.

“I’m really thankful that we never had a timeclock on the shop wall so we knew actually how much time we were spending doing all this,” Matt Walton said. “There is always a racecar part that needed to be tracked down for a car we were building or trying to put back together. There’s been countless hours spent at the carwash and going down the road together. It gave us a really good excuse to be together because we had to be.

“I’d like to think that kept me out of a lot of trouble. I got to learn a lot of lessons early in life by spending a lot of time around grown men as a child.”

Now in Year 25, the Waltons have no plans of slowing down.

They aim to continue growing the program with more cars and more drivers, and that all starts with the Cash Money Super Dirt Series, which begins on April 10 at the Humboldt Speedway in Humboldt, Kan.

The series consists of 18 races across eight tracks in Kansas, Missouri, Arkansas and Oklahoma.

Regardless of the outcome, Scott and Matt Walton are eager to take on any obstacles that come their way.

2020 is set to be yet another remarkable and successful year for Walton Motorsports Inc.

“I never dreamed I’d have the opportunity to do this, and I never dreamed we’d be able to say we’ve been doing it for 25 years now,” Matt Walton said. “We’ve enjoyed growing our program to get it bigger.

“It’s always been a challenge and even an uphill battle, but it’s been fun at the same time.”