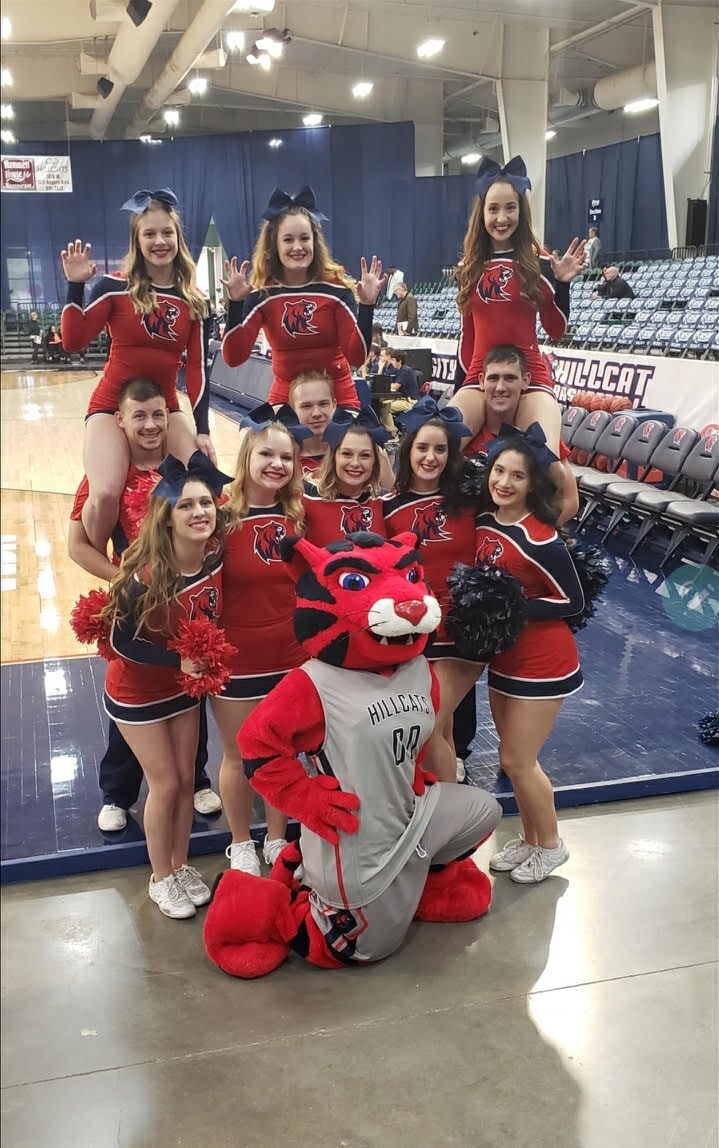 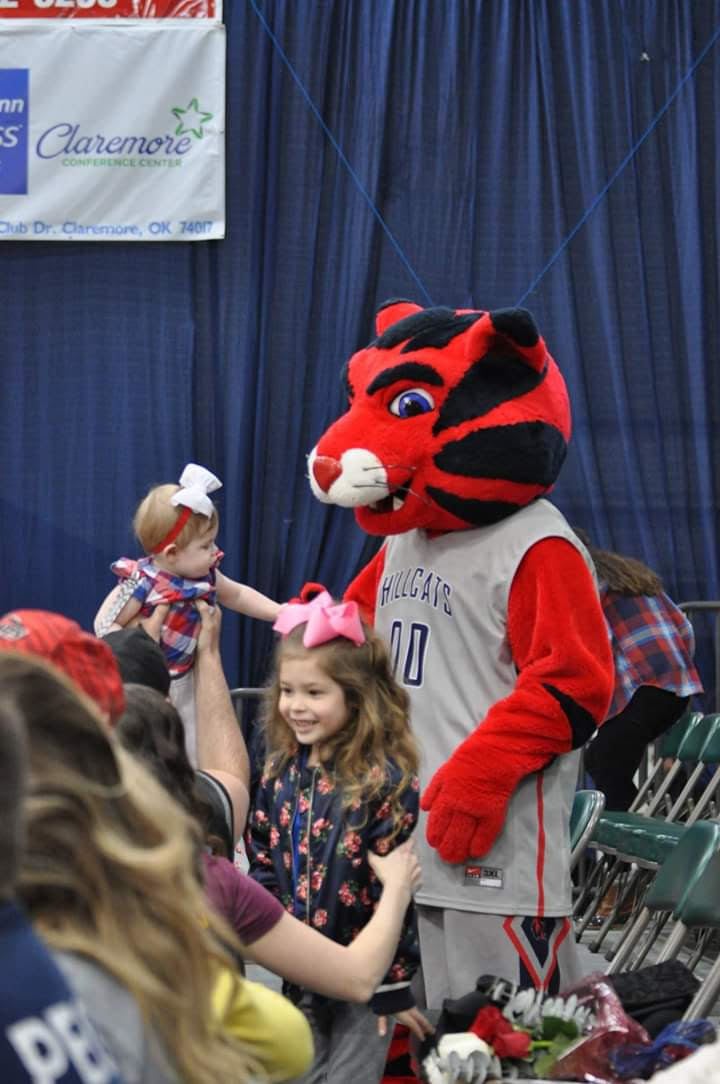 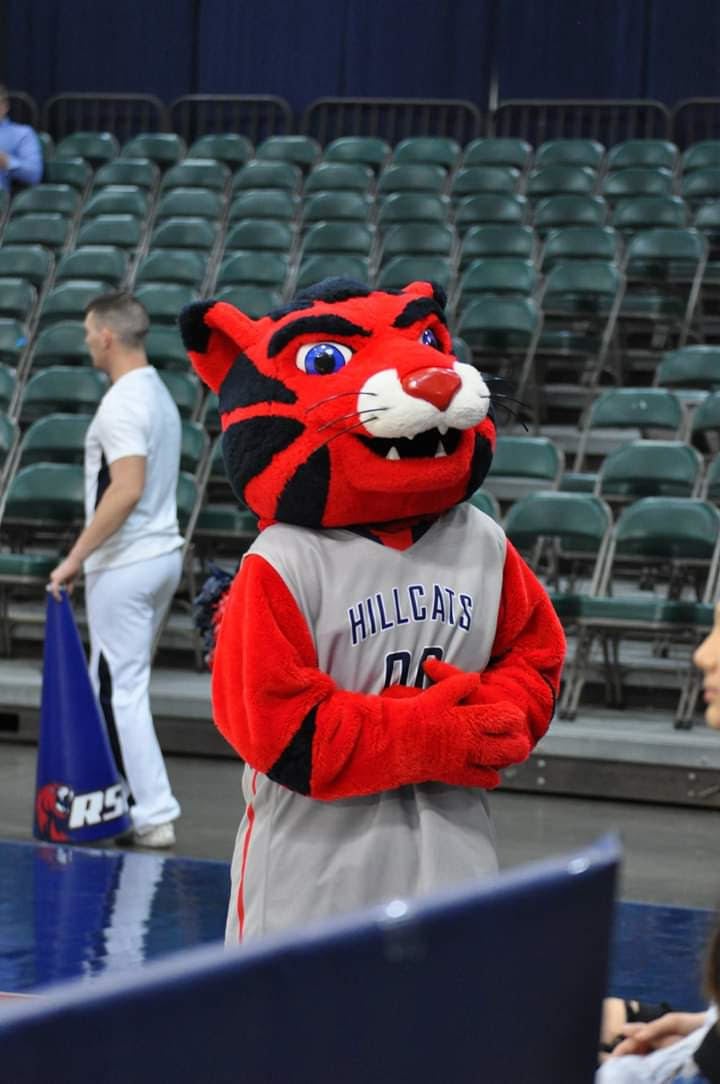 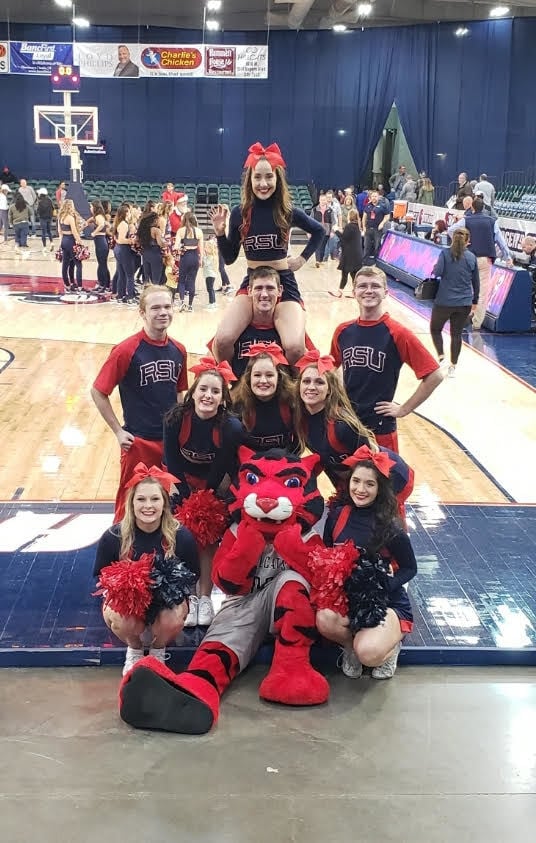 It all started as a joke for Deicy Bencomo.

Before she became Hunter the Hillcat, the official Rogers State University mascot, Bencomo was a wide-eyed student at Owasso High School searching for ways to fill her free time while daydreaming of one day becoming a police officer.

When she saw flyers for mascot tryouts hung throughout the hallways, she sarcastically told her friends she’d give the gimmick a shot. Little did she know mascoting would become a prevalent part of her life.

Bencomo held the title of “Rambo Ram” for two years before graduating and pursuing a degree in justice administration at RSU. At that point, she thought she had put on a mascot costume for the last time.

However, an opportunity once again arose during her sophomore year in 2018, and there was more of an incentive to parade around in a large animal ensemble this time around.

Becoming Hunter the Hillcat has its perks. In addition to showing school spirit at numerous events and getting to interact with fans, the mascot performer receives a $650 scholarship per semester.

Bencomo assumed the role and quickly made a good impression on RSU cheerleading coach Titus Massey, who casts the mascot and organizes Hunter’s appearances.

“When I talked to coach Titus, he said, ‘Where have you been?’ because I had been a mascot before in high school,” Bencomo said. “I had experience; I knew what to do.”

Massey’s praise of Bencomo’s mascot skills supports that account of the interaction.

“We’ve had some amazing mascots over the years, but Deicy is one of the best we’ve had,” Massey said. “She is outgoing, but when she puts on the costume, it is so different. She dances, she plays little tricks on kids and you’re like, ‘Wow, I would not have expected that personality to come from this girl.’

“She definitely turns it on, and it’s amazing.”

With her selection, Bencomo joined a historic class of entertainers who have donned the navy and blue through the Hunter the Hillcat persona.

According to rsu.edu, the Hillcat — which is a fictitious cousin of the bobcat — “embodies the enthusiastic, determined and bold spirit of the university’s athletic programs …”

The “Hill” part of the name was derived from a more literal meaning, for RSU is often dubbed College Hill because it sits atop a hill overlooking Claremore.

“It’s honestly just a cat on a hill,” Massey said.

The University Mascot Committee, the Student Government Association and the university president and administration approved the Hillcats name in 2005 after a group of students coined the idea.

The mascot was unveiled on campus later that year, but the name Hunter wasn’t added until an online voting contest in 2009.

Although Hunter is technically considered a unisex name, many people associate it with males.

When added to the fact that mascots mainly communicate through nonverbal means, fans are often shocked to see a woman beneath the mask.

However, Bencomo isn’t surprised or offended by those reactions.

“Sometimes people will see me taking off my mask, and they’ll say, ‘Oh, it’s a female,’” Bencomo said. “They expected a man to be under there. I find it quite hilarious.”

All misunderstandings aside, being a mascot is no easy task.

In addition to always staying in character, performers must also connect with the audience emotionally through their energetic personalities. Losing the interest of the crowd is not an option.

Hunter the Hillcat does a lot with the cheerleading team as well. Among the mascot’s duties are accompanying cheer to competitions and basketball games.

Of course, it isn’t just games and competitions. Mascots also represent the university at a variety of community events.

Luckily Bencomo has the charisma to capture the hearts and minds of the RSU faithful.

She already has an outgoing personality, and that manifests tenfold when she puts on the costume and transforms into Hunter the Hillcat.

“Most of the time, people see me as a quiet person until they actually get to know me,” Bencomo said. “Then they’re like, ‘Oh dear, she doesn’t shut up.’ Whenever I put on Hunter (the Hillcat), people don’t know who this is, so I can do whatever I want. I can dance around with kids, act foolish and just have a good time. Most of the time I just dance around with them or take pictures with them.”

However, not everyone is a fan of Hunter. At least not at first.

Some children might find the Hillcat cute and silly, but others see an intimidating carnivorous predator. Such obstacles come with the territory.

“Some kids are too scared to come up to me, and they start crying,” Bencomo said. “Sometimes people don’t hear me coming up behind them, and I scare them.”

That is the least of Bencomo’s worries, though. She is applying for a position at an area police department that will fulfill a childhood dream, and if she is hired, her free time to mascot would greatly diminish.

She already missed the cheer team’s trip to Daytona Beach last year for police academy training, and the frequency of such occurrences would increase.

“I’m hoping to do it again my senior year,” Bencomo said. “If I get the job, I’m going to try to talk to them about it and be like, ‘Hey, I still would like to be the mascot’ and see if we can work something out where I can at least do the basketball games, and I can help coach Titus find someone to fill in for other events.

“Coach Titus is quite understanding when it comes to what I’m trying to do for my future.”