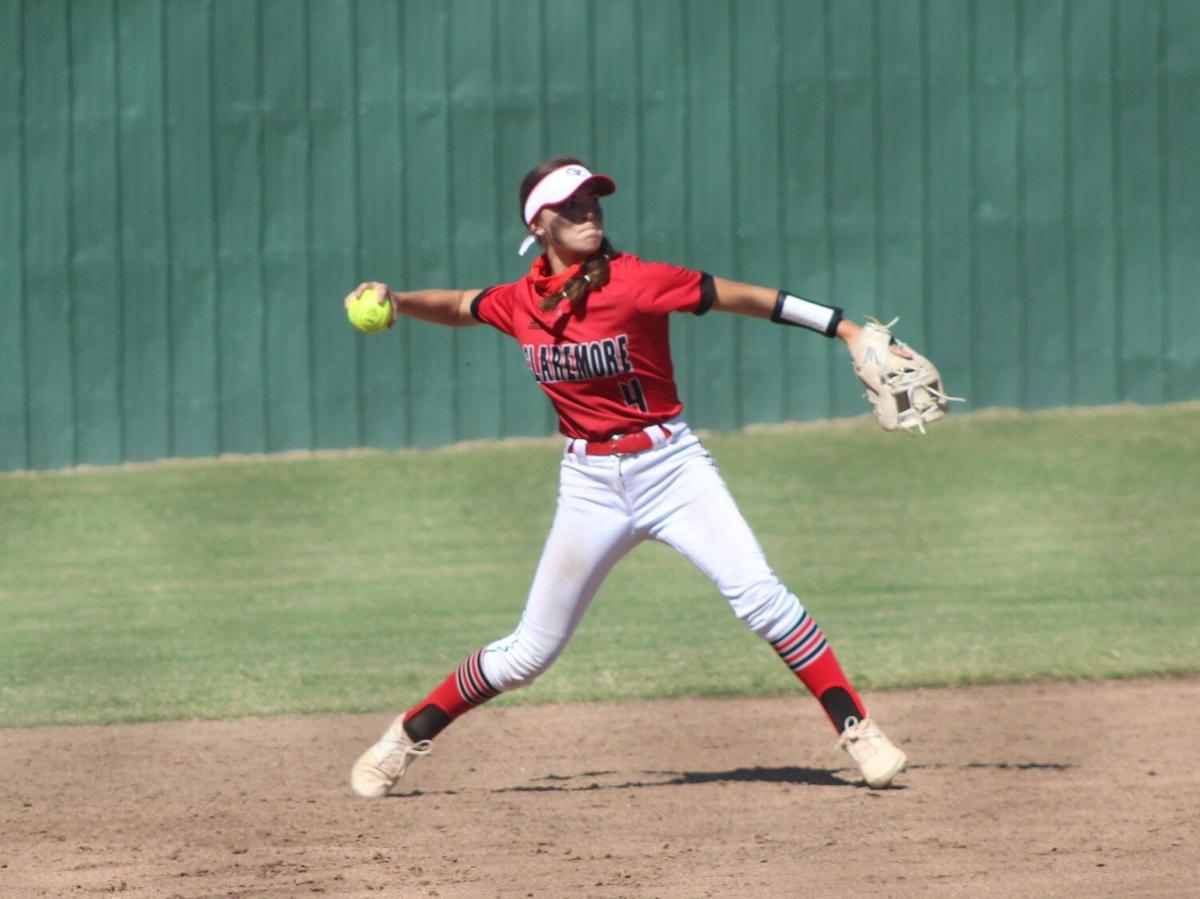 Claremore's Jadyn Muns throws to first base after fielding a ground ball against Oologah on Saturday at the RSU Festival. 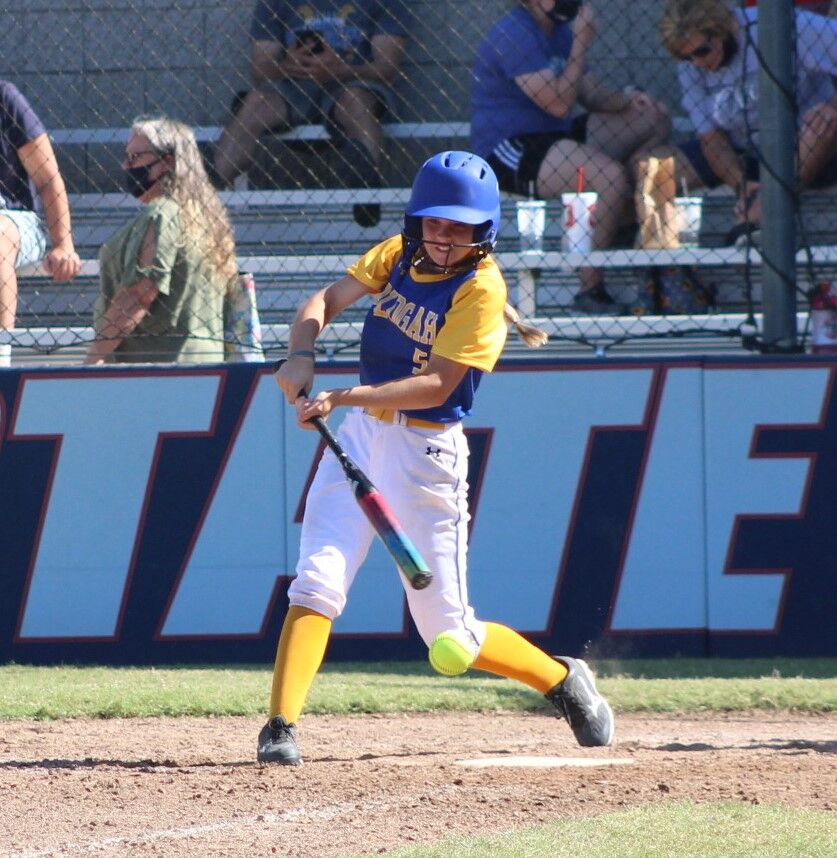 Oologah's Jayden Standeford makes contact with a pitch during the RSU Festival against Claremore on Saturday.

Claremore's Jadyn Muns throws to first base after fielding a ground ball against Oologah on Saturday at the RSU Festival.

Oologah's Jayden Standeford makes contact with a pitch during the RSU Festival against Claremore on Saturday.

Claremore softball coach Keeli Garroutte wanted the Lady Zebras to see good pitching, and they got just that from Kenzie Chacon.

Chacon, an Oologah senior, tossed 13 strikeouts and allowed only five hits and four walks on 112 pitches, leading the Lady Mustangs to a 9-2 win over Claremore on Saturday afternoon at the Diamond Sports Complex in the Rogers State Festival.

“She’s one of the best we’ll see,” Garroutte said. “We saw her last year, so we kind of knew what they had. She’s a challenge for us because not only is she really good, but she’s also not anywhere close to what we see usually. It takes once or twice through the lineup just to be able to adjust and be able to distinguish balls and strikes at that speed. The third time through, we kind of had some success; it just didn’t happen fast enough for us.”

That success came in the bottom of the fifth inning with the Lady Zebras trailing 9-0.

Claremore notched two of its five hits during that frame — an Emily Rogers single and a double from Maddox Thomas — to finally get some runs on the board. Thomas finished 3-for-3 at the plate to lead the Lady Zebras in hits.

Chacon, who threw a total of 74 strikes, bounced back in the sixth, though, forcing a pop out before striking out Hailey Barnes and Abbey Hagen to end the game.

“Kenzie is amazing,” Oologah coach Jason Brown said. “It doesn’t matter the opponent, she’s always prepared. She has that look in her eye right before she pitches. She works her butt off, and it has always paid off for her.”

Kiah Purdunn, Morgan Bement and Raigan McKee each finished with three hits to pace the Lady Mustangs at the plate while Bailie Runner added two, helping the team notch 13 hits in all.

Oologah scored six runs in the third inning to pull away after taking a 3-0 lead in the first.

Alyssa Poorboy took the loss in the circle, allowing seven hits and seven runs while striking out one on 39 pitches through two innings. Vivian Scuggins threw 47 pitches in relief, allowing six hits, two runs and a walk with one strikeout.

“The first inning wasn’t near as deflating as the inning they scored six,” Garroutte said. “I don’t think three is out of our reach. I mean, we scored two. It would’ve been deflating if we matched that with the next inning by giving up more, but we didn’t. We gave up a couple and shut them down the next inning.”

Garroutte was frustrated and tired.

Claremore was set to play Dewey at 8:30 p.m. Friday in the RSU Festival, but the first pitch wasn’t throw until 9:35 p.m. because of earlier games going long.

According to the GameChanger app, the contest officially ended at 11:09 p.m.

“For me, I was exhausted,” Garroutte said. “We went to school all day, and I was kind of upset. It’s just ridiculous to have to play that late, but I think it was fun for the girls. We don’t get to play underneath the lights very often with our games beginning at 5. We’re usually done by dark.

Unfortunately for the Lady Zebras, Dewey provided fans with plenty of fireworks in the decisive seventh inning.

The Lady Bulldoggers overcame a 2-1 deficit with a pair of two-run homers from Brooklyn Cunningham and Gabby Higbee, leading them to a 5-2 win. Those were two of seven hits Dewey managed on Poorboy, who struck out three on 86 pitches in the loss.

Julia Hoffman gave Claremore the lead in the bottom of the sixth with a 2-RBI double to left field, scoring Thomas and Jadyn Muns.

Briley Davis earned the win for the Lady Bulldoggers, tossing eight strikeouts while allowing six hits and a walk on 100 pitches.

“That was a game our girls got up for and were still super intense,” Garroutte said. “That was a good game, and I didn’t have any issues with that one. We just didn’t finish. They came on in the seventh and hit two bombs, so you can’t really defend that.

The Lady Zebras finished the RSU Festival 0-3 with losses to Dewey, Oologah and Oklahoma Union (11-2).

Despite the unfortunate showing, Garroutte remained positive about the upcoming district schedule.

“I’d much rather have our district games end our way than like that,” she said. “I see this as practice and chances to get better.”