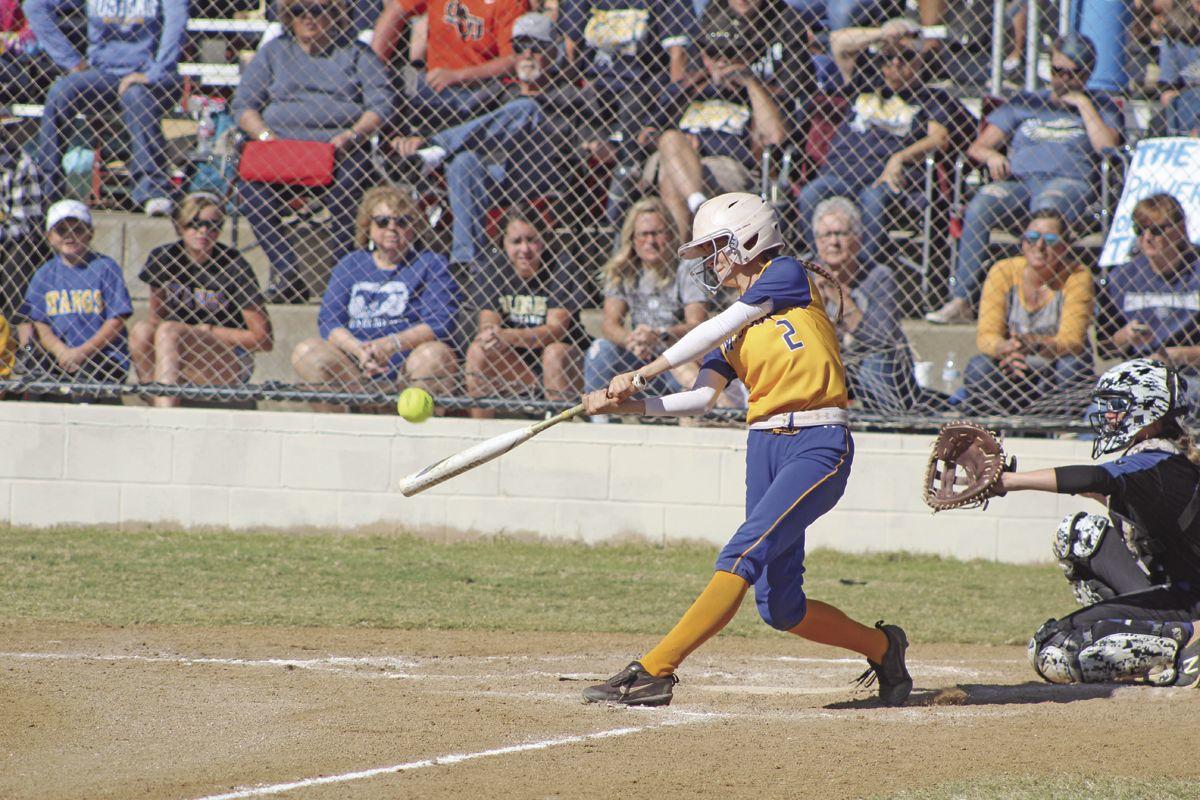 Oologah junior Kiah Purdunn record a hit during the Class 4A state semifinals against Newcastle in Shawnee on Friday. Purdunn accounted for two of the Lady Mustangs’ three hits. 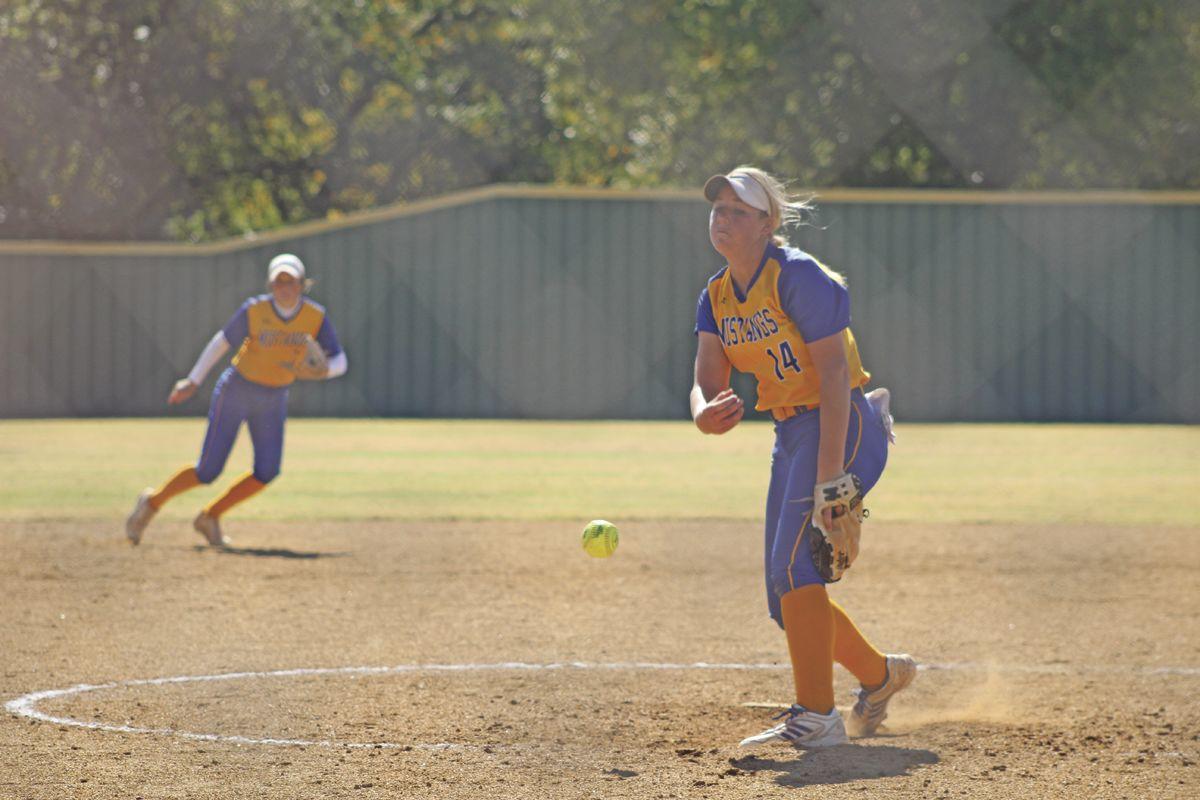 Oologah junior Kiah Purdunn record a hit during the Class 4A state semifinals against Newcastle in Shawnee on Friday. Purdunn accounted for two of the Lady Mustangs’ three hits.

“The deeper you go in the playoffs, the better the talent.”

Oologah experienced that firsthand when matched against Newcastle pitcher McKenzie Wagoner in the Class 4A semifinals on Friday afternoon.

The senior held the Lady Mustangs to a season low at the plate, surrendering only three hits and one walk while striking out six to lead the Lady Racers to the state championship game with a 6-0 win on Field 2 at the FireLake Ballfields in Shawnee.

It was Oologah’s first shutout loss since Oct. 11, 2018 — a 9-0 defeat to Lone Grove in the first round of the state tournament.

Kiah Purdunn notched two of the three hits off Wagoner.

Newcastle (32-6) went on to win the state title on Saturday in a 1-0 decision over Purcell.

Brown gave Wagoner, who is considered one of the best pitchers in the state, high praise for forcing his team to strand 10 runners.

“They were able to get those timely hits and collect on them.”

The teams were scoreless after two innings, but that all changed in the third.

Emma Strange led off the inning with a triple to rightfield, and Kennedy Cook brought her home two at-bats later with a single to the same area.

Wagoner followed with a single of her own, scoring Cook and Maebree Robertson to make it 3-0.

Oologah pitcher Bailie Runner kept the Lady Racers scoreless in the fourth and had them at two outs with no runners in the fifth, but a Wagoner double followed by an error extended the deficit to four runs.

Runner went the distance in the circle, allowing seven hits and three walks while striking out two through seven innings.

Kenzie Chacon pitched the Lady Mustangs to victory in the first round, but Brown had faith Runner — who finished the season with a 13-3 record — could get the team to Championship Saturday.

“We feel like we have two aces, and we believe they’re both Division I pitchers,” Brown said. “On the scouting report we had of Newcastle, we felt really comfortable with Bailie in the circle. We were hoping to have a fresh Kenzie for the finals.”

Cook and Strange scored runs on an error and a fielder’s choice, respectively, in the seventh to cap the shutout victory for Newcastle.

Despite the loss, Oologah finished the year as the District 4A-7 champions with a 34-4 record.

“You’re constantly trying to build a program, and you look to take another step each year,” Brown said. “The girls we have, they’ve bought in the last two years. We made it to state last year, and it was a one-game experience that blew us away. This year, as we continued to focus on the character issues and building the complete player, we were able to take another step.”

Luckily for the Lady Mustangs, there is plenty to look forward to in the future.

They graduate only two players — centerfielder Raegan Maple and catcher Emma Gill — while returning the star cast of Chacon, Runner and Purdunn.

If Brown’s goals come to fruition and Oologah takes another step in 2020, it’ll find itself in the Class 4A championship.

With the number of starters returning, that is certainly a possibility.

“(Maple and Gill) were key parts of what we were doing, and they both had great seasons,” Brown said. “I’m proud of what they’ve been able to accomplish, but we’re definitely looking forward to the youth that we still have and the upcoming freshmen class.”